Beijing: It was highly predictable that an outbreak of hostilities between foreign minister Julie Bishop and former ambassador Geoff Raby would receive prominent coverage a day later in China's tabloid Global Times newspaper.

With a circulation of more than a million copies, Global Times devoted page three, and an editorial, to Raby's call for Bishop to be sacked as foreign minister in order to thaw the Australia-China relationship. It also covered Bishop's "strong response" to the "harsh accusation". 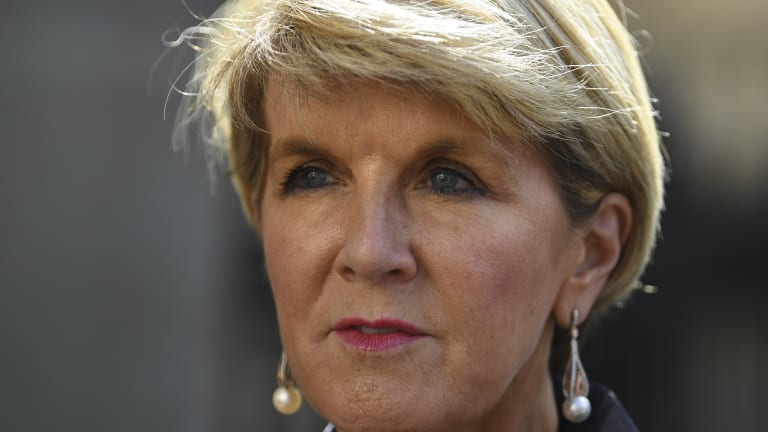 Julie Bishop, whose ability to relate to China was called into question this week.

Raby had slammed Bishop for not visiting China in two years and angering Beijing with "the most strident public comments on the South China Sea".

An expert, Yu Lei from Sun Yatsen University, offered readers the sober analysis that Raby and Bishop had a different understanding of the situation because of their different personal experiences.

Raby was a professional diplomat who had lived in China, and Bishop relied on written reports, the editorial said. It carried the headline: "Canberra's China policy justly under fire". 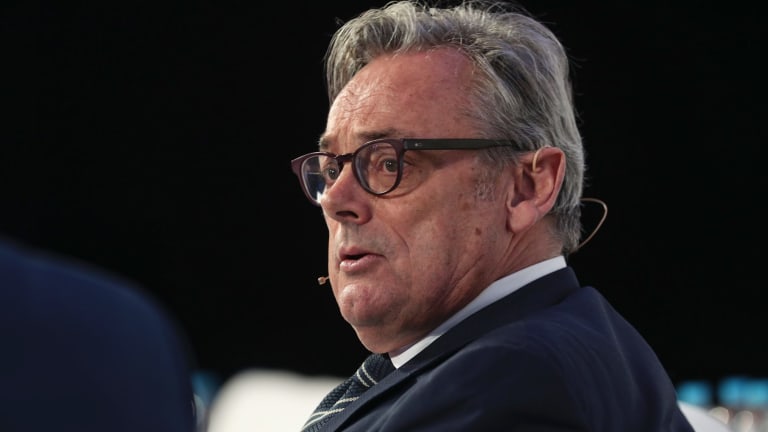 The incident, and the colourful language flying between Australia's top diplomat and the former ambassador turned Beijing business consultant, served as the latest platform for the Chinese newspaper to push its view that Canberra's relationship with China is "overwhelmed by distrust".

The editorial rolled out a list of accusations: that Australia is tilting towards Washington and had become "a major force in smearing China"; "Australians advocating a friendly policy toward China are frequently vilified".

It concluded: "Bishop and Turnbull are clear that damage to Sino-Australian ties isn't in the national interest, and perhaps that's why they rushed to oppose Geoff Raby's article."

More than 2600 Chinese readers commented or forwarded comments on the article. Most were negative.

"I don't want to instigate hatred, but every Australian policy on China is not a strategic cooperation, but a strategic confrontation," wrote one commenter.

"Like a koala's sharp claws, from time to time it wants to hurt people," wrote another.

Australian diplomats in China are also regularly frustrated at how swiftly the Global Times repeats and amplifies to its readership the latest blow-ups in the Australian domestic debate over Chinese influence. Among those readers are likely to be China's foreign affairs community, because of the paper's focus on international news.

Mostly the news stories are "churned" directly from the websites of Australian media with close accuracy and an inflammatory headline.

But Global Times editorials treat Australia as a regular whipping boy. There, we are on high rotation with India, Canada, the United States and other countries deemed that week to have insulted China's national dignity.

Indian correspondents in Beijing have spoken of a similar cycle between local media reports and Global Times outrage, which is then followed by more local media reaction.

The timing of Raby's call for Bishop's sacking, as Trade Minister Steven Ciobo was soon to touch down in Shanghai on Thursday for the first visit by a Turnbull Government minister to China this year,  may have prompted the strong response from Bishop.

This week, after all, was supposed to be about Australia's attempt to smooth the rocky relationship.