Chinese media calls for Turnbull visit to be called off

Mr Turnbull is due to visit Beijing this year under an annual leaders dialogue agreement and last Friday said he looked forward to doing so. 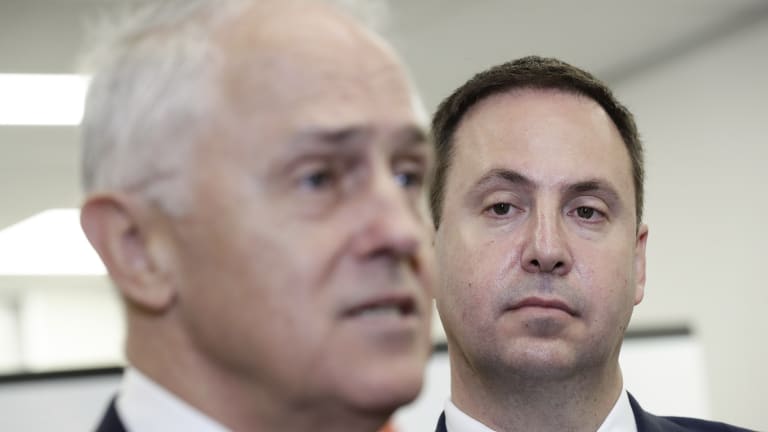 But Ms Bishop on radio on Tuesday was unable to confirm that dates had been officially locked in for Mr Turnbull's visit, although she had been invited to attend a foreign minister's bilateral meeting this year.

The Global Times, in a strident editorial, said China needs to cool the bilateral relationship: "For example, it will not be necessary for the Australian Prime Minister to visit China this year. In fact, he could visit a few years later. China's ministerial officials, other than those with the economic and trade departments, could postpone interactions with Australia."

The call for Australia to be left hanging, despite efforts by Australian officials to calm the relationship, came after a meeting between Foreign Minister Julie Bishop and her Chinese counterpart Wang Yi on the sidelines of the G20 in Argentina on Monday. 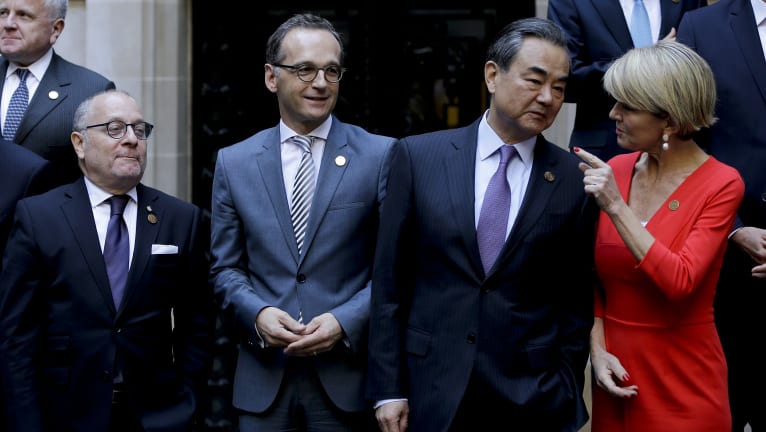 From right, Julie Bishop talks to Chin’s Wang in, as Germany’s Heiko Maas, and Argentina’s Jorge Faurie, look on during the G20 foreign ministers meeting in Buenos Aires on Monday.

The Turnbull Government had hoped the meeting would smooth over tensions in the bilateral relationship.

But Ms Bishop and Mr Wang released starkly different accounts of the meeting, with the Chinese version recording Ms Bishop blaming Australian media for negative stories about China that had disrupted the relationship.

Ms Bishop later told Fairfax Media that she expected China to stop its alleged pressure tactics against Australia which she said included a go-slow on wine imports and claims that Australia was unsafe for Chinese students and tourists.

Mr Turnbull said on Wednesday he had no prior knowledge of Mr Hastie's speech, and the allegations were not new. 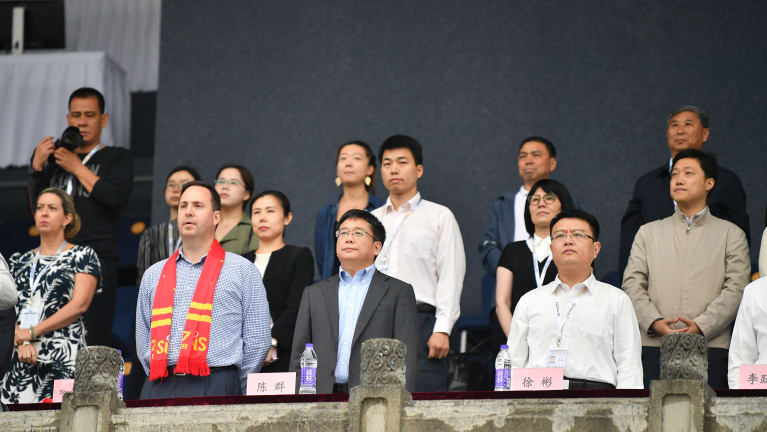 Trade Minister Steven Ciobo attends an AFL match between the Gold Coast Suns and the Port Adelaide Power at Jiangwan Stadium in Shanghai on Saturday.

A freeze on high-level Chinese delegations visiting Australia has already been in effect this year, and Trade Minister Steven Ciobo was the first Turnbull government minister to have a visit to China cleared by Beijing.

Mr Ciobo had also sought to soothe the relationship tensions in a speech to a business audience in Shanghai last week.

The Chinese Foreign Ministry has previously said the Global Times speaks for itself, and the paper is known to take an antagonistic line to generate headlines.

The official China Daily newspaper wrote in an editorial that Canberra should "drop any anti-Beijing bias", but welcomed "positive signals that Australia is stepping up efforts to mend the fence with China".

It said China "values a good relationship with Australia, and there is no fundamental disagreement pushing Beijing and Canberra apart".

But it also indicated the sensitivity of the Hastie speech, by saying: "These efforts to patch up ties were necessary because some members of the government chose to buy the claims that China was seeking political influence in Australia, and translated the media's claims into legislation."