Chinese parents of high-flying King’s College academic who died of cancer aged 31 are locked in bitter court fight over his £430,000 London home with widow he married on his deathbed

The Chinese parents of a high-flying academic killed by cancer are locked in a bitter court fight with his young widow over a £425,000 home they claim was bankrolled by a £325,000 ‘unpaid’ loan to their late son.

The young couple exchanged marriage vows in hospital on November 27 2015, and four days later Dr Liu made a will by ‘marking a cross on a document prepared by a solicitor’.

He died just three weeks later having said it was his wish that his 34-year-old widow inherited their £430,000 home in Croydon, south London.

But Xuan Wu is now caught up in a highly charged legal dispute with Kun’s Chinese parents, who say they loaned him large amounts of cash to buy the property, so he would have ‘the best opportunity to succeed in life.’

His father Weidong Liu and mother Yali Kang, have now travelled across the globe to London’s Central County Court to put their case against their daughter-in-law. 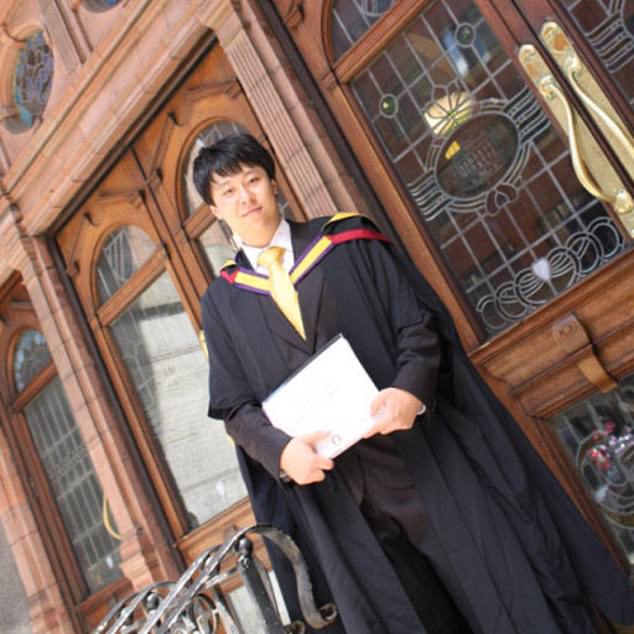 The parents’ barrister, Jason Nickless, claimed they poured over £325,000 into their son’s hands from 2012 onward, firmly intending that he would ultimately repay the funds.

Kun, who made his life in the UK after getting his PhD at Manchester University, even ‘invited them to retire to the UK and live with him’, claimed Mr Nickless.

Weidong Liu claims the £325,000 his son used to buy a house in the UK was a loan not a gift that should be repaid

He asked them to transfer cash to buy a property and his parents duly obliged, the court heard.

‘This money came from their life savings and money borrowed from their family,’ their barrister explained.

The couple now seek a court ruling that they are entitled to a stake in their son’s house in Mount Park Avenue, South Croydon.

‘Alternatively, they say they are entitled to repayment of the sum they lent to Kun,’ explained their barrister.

But Xuan Wu ‘denies their claim in its entirety’, the court heard.

Her barrister, Max Thorowgood, said the young couple became engaged in 2012 ‘with the consent of their parents’.

And while accepting that Kun’s parents channelled large sums to their son, she disputes it was intended as a loan.

‘She says the larger payments were gifts made by his parents on account of her engagement to Kun Liu, and that her parents made similar payments,’ totalling £200,000, claimed Mr Thorowgood.

Kun and his future bride met when he was studying in Manchester in 2005 and she claims they started living together from that date, finally becoming engaged in 2012.

However, Kun’s parents insist that until 2014 they had no idea of the depth of feeling between their son and his girlfriend.

His father explained that he and his son had an ‘understanding’ that Kun should not take up with a serious girlfriend while engaged in his studies.

‘That should happen after graduation and not during his studies,’ Mr Liu senior told the court.

And when Kun was awarded his PhD in 2013, his dad quizzed him about Xuan Wu.

‘I formally asked my son about the real relationship between them but my son did not confirm if they had a boyfriend and girlfriend relationship,’ Mr Liu said.

‘He said they were friends.’ 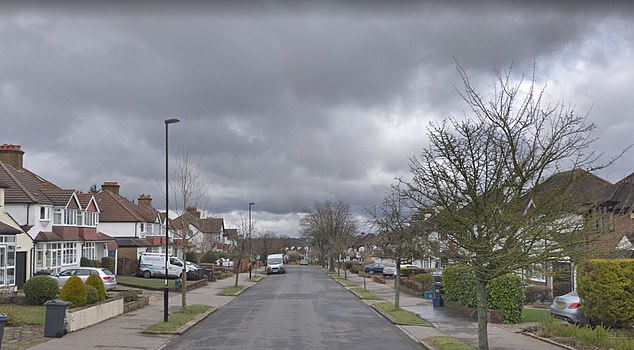 The late academic’s parents now seek a court ruling that they are entitled to a stake in their son’s house in Mount Park Avenue, South Croydon

The couple had lavished cash on their son’s academic career, said Mr Liu, describing him as an ‘excellent student’.

‘We had pleasure in giving him the best opportunity to succeed in life,’ he said.

Kun, a statistics whizz, moved to London after securing a post with prestigious King’s College London.

But in April 2015 came the shattering news of his cancer diagnosis, although his parents say they only learnt about his terminal illness the day after the hospital wedding ceremony.

Just over a week later, they flew to the UK to see their son for the last time, and he died 12 days later.

The couple returned to England for their son’s memorial service six months later, said their barrister.

But they were barred entry by their daughter-in-law when they visited their son’s home in Croydon, he alleged.

In her evidence, Xuan Wu said she doubted whether Kun’s parents would ever have retired to the UK – particularly due to the tight visa restrictions.

But she stressed that Kun was a ‘dutiful son’ who would have ensured his parents were properly cared for in their twilight years.

As a caring son he may have offered to give his parents a home in England, but Xuan Wu insisted: ‘I just don’ think they would have got a visa’.

‘He was a really good guy,’ she said – close to tears.

On top of everything, Kun may have been reluctant to have his mum living close at hand due to potential friction with his young wife, the court heard.

Xuan Wu claimed that in his last weeks Kun spoke about trying to persuade his mum to buy a retirement home in China, she told the court.

‘He was concerned that, if they retired to London, his mother might not get on with me, particularly because over the years she had expressed a dislike for me and my family,’ claimed Xuan Wu.