As a country renowned for its high-speed trains, China also builds its railways at an incredibly fast rate.

A team of workers in southern China managed to lay part of a new railway line in just 3.5 hours yesterday, and the incredible team effort has been captured on a video.

More than 500 people worked at full steam to join two existing railways to a new high-speed railway at the Hejiacun Station in Zhangjiajie city. A dramatic video has been released by China Tiesiju Civil Engineering Group, which is responsible for the railway upgrade project.

The footage shows determined workers pushing railway tracks together, levelling ballast around them before fixing the tracks into places.

The team chanted ‘One, two! One, two!’ as they lined up the tracks in order to synchronise their moves.

The railway is a section of the new Qian-Zhang-Chang high-speed rail, which is 339 kilometres (210 miles) long and is expected to complete in 2019. 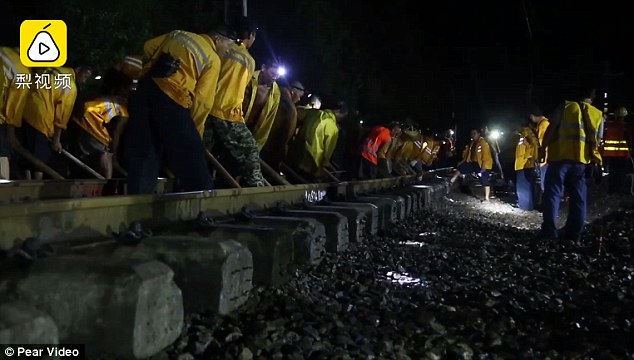 Determined: The workers connected two existing railway to a new railway in Zhangjiajie 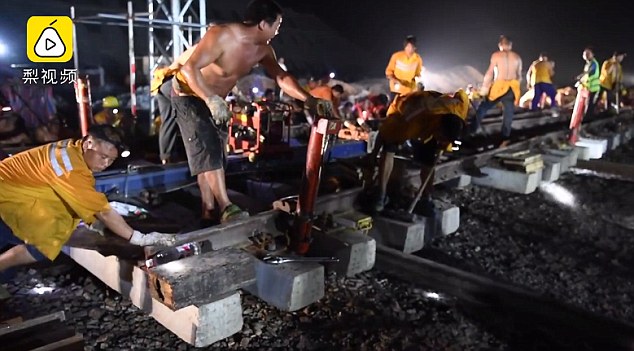 Full steam: Workers chanted ‘One, two! One, two!’ as they pushed the tracks at Hejiacun

With an operating speed of 200kmh (124mph), the new rail line will greatly reduce the travelling time between cities in southern China.

Train riders would be able to travel from Chongqing to Changsha, the provincial capital of Hunan, in four hours – compared to the current 11-hour journey.

This is not the first time Chinese railway workers have impressed the world with their eye-opening efficiency.

In January, some 1,500 workers laid the railway for a new train station in Fujian Province in nine hours. 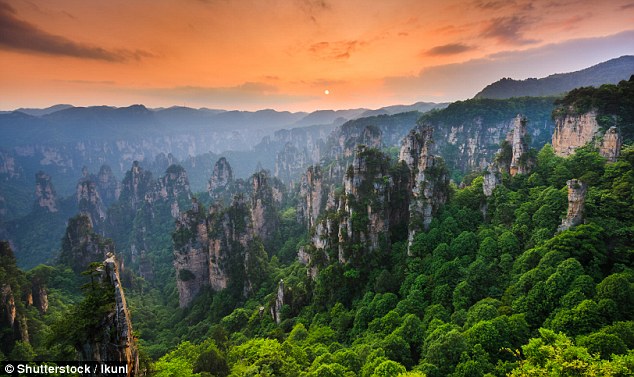