Chris Grayling today said he is ‘really sorry’ for the chaos which gripped Britain’s railways this year after a botched timetable overhaul.

The Transport Secretary was grilled by MPs about how the debacle – which saw 770 trains a day cancelled – could have been allowed to happen.

Thousands of passengers travelling on the southern Thameslink services and Great Northern lines were left stranded or on overcrowded trains amid the chaos.

Mr Grayling – who was dubbed ‘failing Grayling’ for the chaos – faced calls to quit, while a damning report said ministers, rail bosses and regulators were all to blame.

The Office of Rail and Road (ORR) blamed a lack of ‘responsibility and accountability’ for the botched timetable overhaul.

Appearing in front of the Transport Committee in Parliament today, Mr Grayling admitted passengers affected could still be slapped with higher rail fares in the new year.

He said: ‘The frustration this summer is that a change that was supposed to be a positive – and indeed, if you look now you have longer trains…thousands of extra seats, extra trains in the peak hours, is providing a better service to passengers.

‘It is just a real, real shame – and I am really sorry – it started so badly.’ 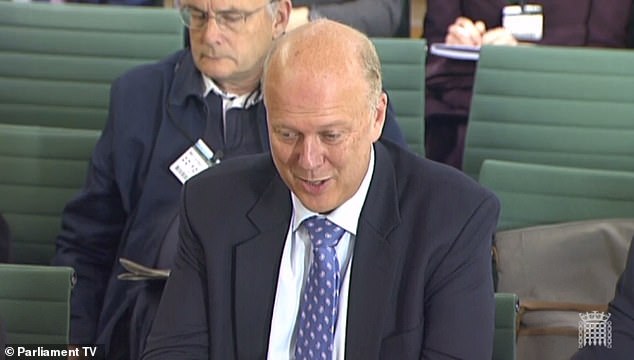 Chris Grayling (pictured in Parliament today) today said he is ‘really sorry’ for the chaos which gripped Britain’s railways this year after a botched timetable overhaul.

He added: ‘It is better than it was. It is not perfect…but we are running more services.’

How did the Northern Rail and Govia Thameslink travel chaos happen?

Here are the main event surrounding the railway commuter chaos

Train operators across the country overhaul their timetables.

Northern Rail and Govia Thameslink see the biggest changes to their timetables.

The overhaul sparks chaos with hundreds of trains cancelled or delayed on a daily basis.

Northern Rail faces calls to be stripped of its franchise while  Manchester Andy Burnham accused Transport Secretary Chris Grayling of being ‘asleep at the wheel’.

Northern Rail and Govia Thameslink introduce an interim timetable to try to get on top of the crisis.

The changes see hundreds of services axed from the timetable.

Northern Rail apologise to its customers and says it will give them compensation.

Mr Grayling was slammed as he tried to distance himself from the summer fiasco by saying that ‘I don’t run the raiways’.

Challenged over his responsibility for the chaos, he told the committee: ‘I am also responsible for the success or failings of my department, as a secretary of state I take responsibility or that….

‘If I am guilty of anything it is not moving fast enough to deliver change.’

Billed as the biggest ever, the timetable shake-up involved changing almost half of services to improve reliability.

But passengers endured weeks of disruption and thousands of delays and cancellations.

The ORR report lashed a string of failures across the railway system and said that passengers were ‘badly treated’ in the debacle.

The report, published last month, said: ‘It was unclear who was responsible for what. Nobody took charge. The present industry arrangements do not support clarity of decision making.’

The report revealed the hardest hit were commuters across northern England, where more than 300 services on the northern network were cancelled every weekday.

In the South, 470 scheduled trains were cancelled every day by Thameslink and Great Northern services. Both are run by Govia. 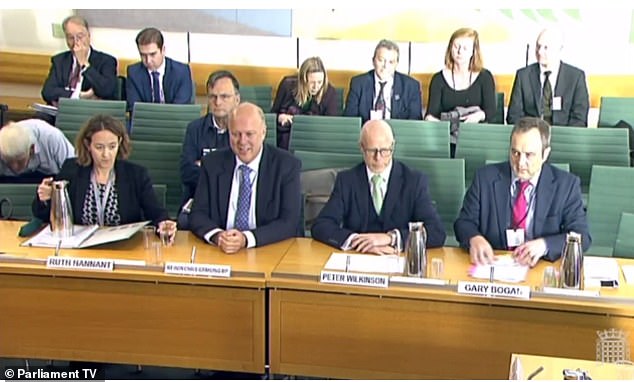 Operators were forced to introduce emergency timetables and services are slowly returning to normal. In the Lake District, all trains were cancelled after the line was temporarily shut down. 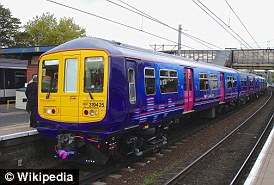 Commuters are being asked whether they believe it should be cheaper to travel on routes with slower, less regular and more basic trains

Train fares could be based on the quality of service under radical new plans being consulted on.

The rail industry is looking at ways to overhaul ticket prices to make them fairer without spending any more money.

Commuters are being asked whether they believe it should be cheaper to travel on routes with slower, less regular and more basic trains.

Other possibilities include abolishing peak and off-peak fares so passengers are charged the same throughout busier and quieter periods.

Or giving discounts to regular travellers and reducing prices for e-tickets but increasing them for paper tickets to reflect the difference in transaction costs.

The consultation is being launched by the Rail Delivery Group (RDG), which represents the industry, alongside passenger watchdog Transport Focus.

They will use the responses to produce a report containing proposals for governments to consider.

The ticketing system is underpinned by regulations which are unchanged from the mid-1990s, and have not kept pace with technology or how people work and travel.

Around 55 million different fares exist, including long-standing anomalies such as charging a peak-time fare when half a trip is on an off-peak service, and split ticketing, where it can be cheaper to buy several tickets for a single journey.

He went on: ‘Reforming the rules about how tickets are sold and bought has the potential to transform the buying experience for customers, making it easier for people to be confident they are getting the right ticket.

‘These reforms support what the industry is already doing to make improvements to fares alongside record investment in new train carriages, upgraded stations and extra services.’

Research commissioned by the RDG found that only one in three (34%) passengers are ‘very confident’ they bought the best value ticket for their last journey, and just 29% were ‘very satisfied’ with the ticket-buying experience.

According to the report, passengers endured ‘inconvenience, financial and emotional cost over a period of several weeks’.

But speaking today, Mr Grayling appeared to rule out a fares freeze for affected passengers.

He said: ‘We have looked very carefully at the implication of freezing fares.

‘The problem with a fares freeze is that if you’re costs go up every year…then over a period of time you’re sucking a cumulatively larger amount out of what you have to run the network.’

Mr Grayling said that GTR would face ‘consequences’ for its woeful performance this summer – but refused to spell out what sanctions it could face.

He slammed GTR for the chaos – saying they had told him on May 2 that they expected the timetable change to run pretty well.

He said: ‘Clear assurances that things are on track from the people whose job it is to judge whether or not they are, haven’t worked.’

The Transport Secretary said the sheer scale of the change was just too much for the railway lines to cope with.

He said: ‘This was a bigger change than in the end the industry could cope with…it conspired to create something that should have worked well but didn’t.’

Ministers have launched yet another review into into the railways, admitting they are ‘no longer fit for today’s challenges’.

Lilian Greenwood, chairwoman of the select committee, demanded to know how ministers and rail bosses failed to spot the problems down the track caused by the timetable change.

She said that Network Rail was ‘hopelessly optimistic’ about the likelihood they would be able to complete electrification work needed for the new timetable.

But the timetable slipped and they failed to meet their deadlines.

She said: ‘The department new this was the biggest timetable change in a decade or more…shouldn’t you have known that it needed somebody to be in control of all of this.

‘I accept that as secretary of state you don’t run the railways, but surely you should have known it was important to make sure that somebody did?

‘And knowing that there was this huge timetable change, knowing it was contingent on a number of different infrastructure developments, weren’t you asleep on the job in not having that in place?’

Mr Grayling hit back: ‘Absolutely not.

He said that up until four days before the botched rollout, Northern Rail bosses were insisting that it would go well.

He said: ‘Everybody was given the same message all the way through – it would be a slightly bumpy start but it will be fine. 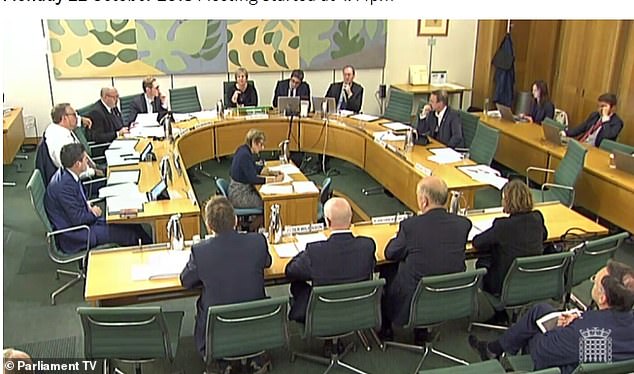 ‘We have got minute after minute saying the industry would be  ready.’

He added: ‘We should have a trusted assurance processes to make sure that things are on track – and that we did even though it transpired that they weren’t’….

‘At no point did anyone involved in this say this is going to create the kind of problems we saw.’

He added: ‘The truth is nobody saw this coming…there were no alarm bells about the May 20 timetables.’

The Cabinet minister said that he was given assurances – but they proved to be ‘illusory’.