A Christian actress sacked from her role as a lesbian character over an allegedly anti-gay Facebook post has lost her legal battle.

Seyi Omooba, 26, claimed religious discrimination against a theatre trust and her former agents after she was dropped as the lead character in a stage production of The Colour Purple in 2019.

Ms Omooba was due to play Celie, a character who is sometimes portrayed as being in a lesbian relationship, in the production at Leicester’s Curve Theatre.

She was sacked after it emerged she had posted ‘I do not believe homosexuality is right’ in a social media post referencing her Christian beliefs five years earlier.

But she later lodged a £130,000 claim of discrimination, harassment and breach of contract at the Central London Employment Tribunal panel. The panel has now rejected her case.

In its judgment, the panel dismissed the suggestion her sacking by the Leicester Theatre Trust and talent agency Global Artists was due to discrimination against her religious beliefs.

The Christian Legal Centre, a group supporting Omooba’s claim said it was ‘disappointed’ by the ruling, while the trust said it wanted to ‘draw a line under this painful chapter’. 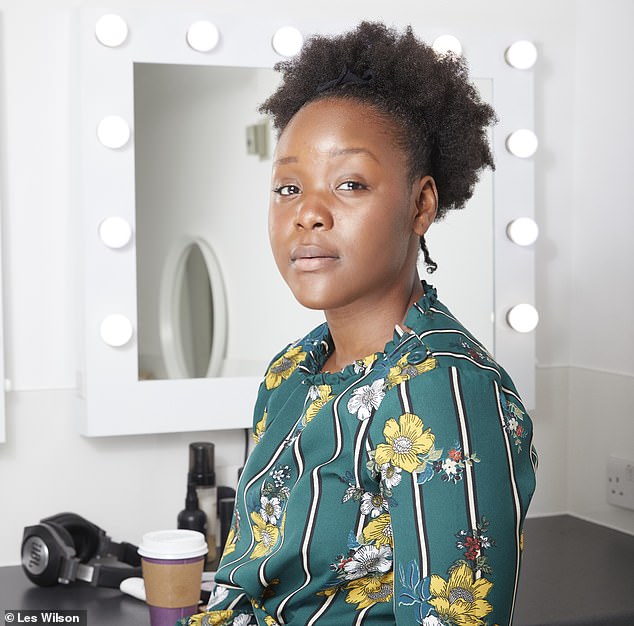 Seyi Omooba (pictured), 26, claimed religious discrimination against a theatre trust and her former agents after she was dropped as the lead character in a stage production of The Colour Purple in 2019 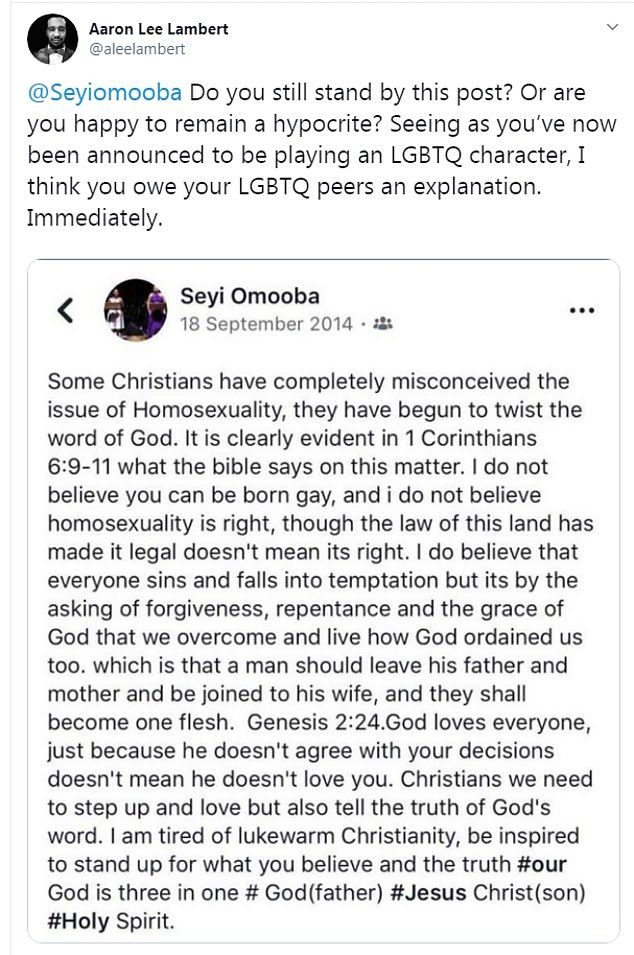 Ms Omooba was removed from her role as Celie when a Facebook post she wrote in 2014 emerged.

The virtual hearing of the Central London Employment Tribunal heard a ‘storm of adverse comment’ followed on social media.

Theatre bosses became concerned at the ‘speed and savagery’ of the reaction, the tribunal heard.

Hamilton actor Aaron Lee Lambert was among those who attacked Ms Omooba as a ‘hypocrite’ for acting in the play.

The Colour Purple tells the story of Celie, an impoverished and abused African-American woman in the US deep south in the 1930s.

As the story progresses, she develops an intimate relationship with a female blues singer called Shug Avery.

The panel said the theatre’s decision was made as a result of the backlash and the effect it would have on the play’s success.

It said the dismissal was due to ‘the effect of the adverse publicity from (the post’s) retweet, without modification or explanation, on the cohesion of the cast, the audience’s reception, the reputation of the producers and ‘the good standing and commercial success’ of the production’.

Ms Omooba, a devoutly religious performer, had told her agents she would not play a gay role or do sexually explicit scenes, the tribunal had heard.

But the panel commented: ‘She had taken part in a similar production, she had the script, and knowing that a lesbian relationship was at least one interpretation, she should have considered much earlier whether a red line was to be crossed.’

It concluded the trust wanted to ‘save the production’ and did not ‘have the purpose of violating the claimant’s dignity or creating an intimidating or humiliating environment for her’.

Ms Omooba’s former agents Michael Garrett Associates Ltd (Global Artists) also made the decision to terminate her contract due to fears over ‘damage’ to the businesses’ reputation, the tribunal heard.

Her claims were dismissed as ‘the publicity storm about her part in The Colour Purple threatened the agency’s survival’.

The tribunal panel also rejected her demands for compensation for loss of earnings, future losses and reputational damage as a result of her agency contract being terminated. 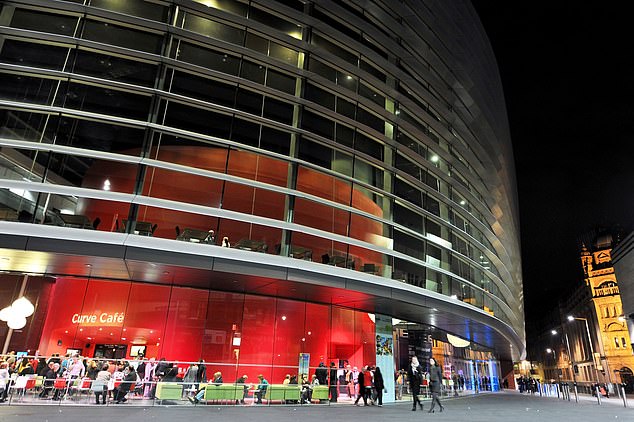 Ms Omooba was due to play Celie, a character who is sometimes portrayed as being in a lesbian relationship, in the show at Leicester’s Curve Theatre

It said: ‘There is no financial loss because she would not have played the part.

‘There is no loss of opportunity to enhance her reputation by performing, because she would not have played the part.

‘If there is damage to her reputation, it was not caused by being dropped from the production but by an unconnected person’s tweeting in March 2016 of her Facebook post and the outcry resulting from that.’

Ms Omooba had been offered ‘unconditionally’ £4,309, the full pay of her contract for the stage production by the Curve Theatre in Leicester, the tribunal had been told.

But she refused to invoice for the sum, saying she had suffered extensive career damage for espousing her religious beliefs.

The singer was seeking the £4,309 plus another £25,000 from the trust for injury to feelings and reputational damage.

Ms Omooba also claimed against her former agents for £98,752 for loss of earnings, future losses, injury to feelings and reputational damage.

Andrea Williams, chief executive of the Christian Legal Centre, a group supporting Omooba’s claim said: ‘We’re disappointed by the judgment and Seyi is considering her options for appeal.’

A statement from Curve Theatre said: ‘Seyi Omooba accepted a lesbian part in our production of The Colour Purple knowing full well she would refuse to play this iconic gay role as homosexual.

‘We believe the case had no merit from the outset and should never have been brought to the tribunal.

‘We now look forward to drawing a line under this painful chapter and focusing our energies on how we rebuild our theatre after the pandemic.’