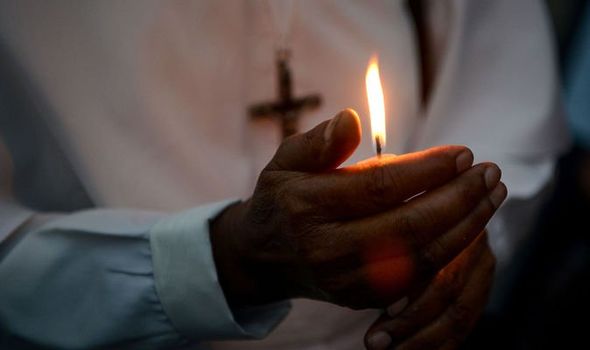 The Maranatha Full Gospel Church, located in India’s Bihar state, was burned to the ground on Easter Sunday, leaving nothing but ashes, according to religion watchdog International Christian Concern (ICC). But despite the church having been targeted by radicals, defiant Christians still came together among the ruins and held a mass the same day. Pastor Anil Juit found the church had been burned when he arrived there on Easter morning.

He told Morning Star News that someone had written the words “Jai Sri Ram” on one of the church’s remaining walls, which translates to Hail lord Ram.

He said: “It is evident from the slogan that this work is the work of some Hindu radicals.”

He reported the incident to the police on April 22, but ICC reports that he was told by officers to not mention the fire in the complaint, ordering him instead to only say the building had been vandalised.

Now, the local media is portraying the incident as a robbery much to Pastor Juit’s anger.

Pastor Juit said: “Nothing was stolen from inside the church, but a burnt heap of Bibles, religious books, drums, tambourine, banners, mats, etc. was found.

“I have not been called for verification by the police since my complaint.”

He added: “It is evident that no investigations have been done so far.”

India is one of a handful of countries that demonstrates a shocking attitude towards Christians, who are often persecuted for practising their faith.

Pakistan and China are other nations that have faced growing criticism for their treatment of Christians. 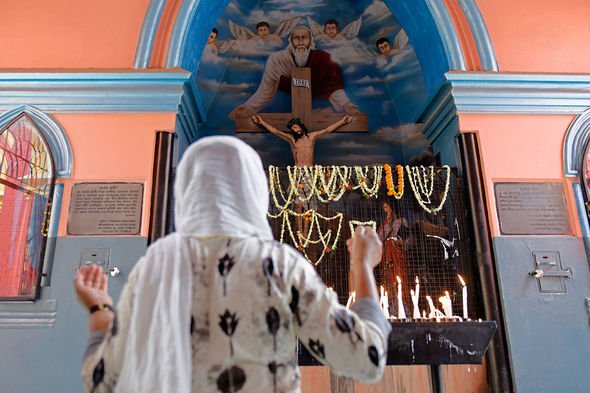 Just days ago, a priest was ordered to pay a £2,700 ransom to stop a terror attack on his church.

ICC reported that Pastor Naveed Azeem received a letter ordering him to pay the sum, with the note also warning him that if he did not a terror attack would take place on his church in Pakistan.

He went to the police and did not pay the ransom, which he received in the form of an envelope near a shoe rack outside of his Assembly of God Church.

It ordered him to pay the amount within 10 days or “dig up 50 graves”.

The letter also warned him against going to the police, adding that if he did there would be attacks on Sri Lanka similar to that of the Easter Sunday terror attack that killed 280 people.