A former child migration society, a Christian denomination and a communications training group more often described as a "cult" have emerged as the only institutions that have elected not to join the National Redress Scheme for victims of child sexual abuse, despite having a combined 77 claims against them.

Fairbridge Restored Limited, Jehovah's Witnesses and Kenja Communication will no longer be eligible for government grants and may lose their charitable status for tax purposes after failing to sign on to the scheme by December 31, denying victims that recourse to compensation. 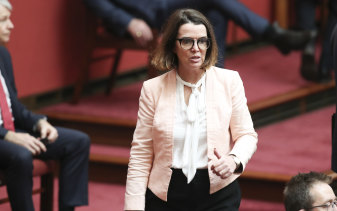 The scheme offers a payment up to $150,000, counselling and support and a direct personal response from the responsible institution to people whose claims of sexual abuse are substantiated. It was set up under the Royal Commission into Institutional Responses to Child Sex Abuse.

Among the three outlying institutions, Kenja is the only one to claim that it has no cause to join the scheme because child sexual abuse has never occurred there.

The group's late founder Ken Dyers spent the last 15 years of his life fighting child sexual abuse claims, though he was only ever convicted of one offence, which was overturned on appeal. He took his own life in 2007 after learning of new allegations against him.

His widow, Jan Hamilton, said she did not accept that there had been any sexual abuse at Kenja.

The group said in a statement: "We do not consider it appropriate that we join in circumstances where genuine claims against us do not exist." 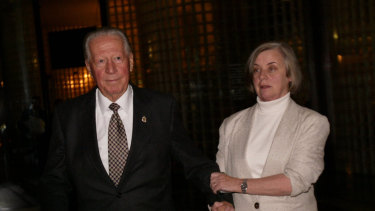 About 450 institutions have joined the scheme, including most recently Swimming Australia, Tennis NSW, Missionary Sisters of the Sacred Heart of Jesus, Seventh-Day Adventists, Missionaries of Gods Love and Football NSW, which were all named by the royal commission.

Federal Minister for Families and Social Services Anne Ruston said 135 organisations had joined the scheme since the government named the recalcitrants in July. One unnamed institution's decision to join had allowed 337 applications that had been put on hold to be progressed.

Fairbridge Restored, formerly a farm school that provided various child migration schemes and which has the highest number of claims against it among the three non-joining institutions, has gone into liquidation and cannot meet the terms of the scheme without breaching the legislation governing its administration. Its administrator told a Senate estimates committee in October that it would invite victims to make a claim against the estate.

Jehovah's Witnesses said in a statement it did not join because it does not have the institutional settings that results in children being separated from their parents, such as youth groups, choirs, schools and hospitals.

"Our not joining the voluntary scheme does not mean that we are not concerned with supporting any individual who believes they have some claim against Jehovah’s Witnesses," the statement said.

"Jehovah’s Witnesses have responded and will continue to respond directly to individual claims for redress in a caring, fair, and principled manner, taking into consideration the unique circumstances of each claim."