Bloodied and bruised mountain climber, 41, who fell 50ft from a rock face SMILES for a photo afterwards – not realising she’s broken her neck

Despite tumbling 50ft from a rock race Magdalena Michalowska was unaware she had broken her neck and was all smiles in pictures taken in the aftermath of her dramatic accident.

Magdalena and her friend, Wojciech Turek, were navigating a path to the top of 3,142ft peak Stob Garbh near Stirling when the shocking accident happened.

In addition to fracturing one of the vertebrae in her neck, Magdalena suffered a cracked cheek, broken ankle and severe bruising. 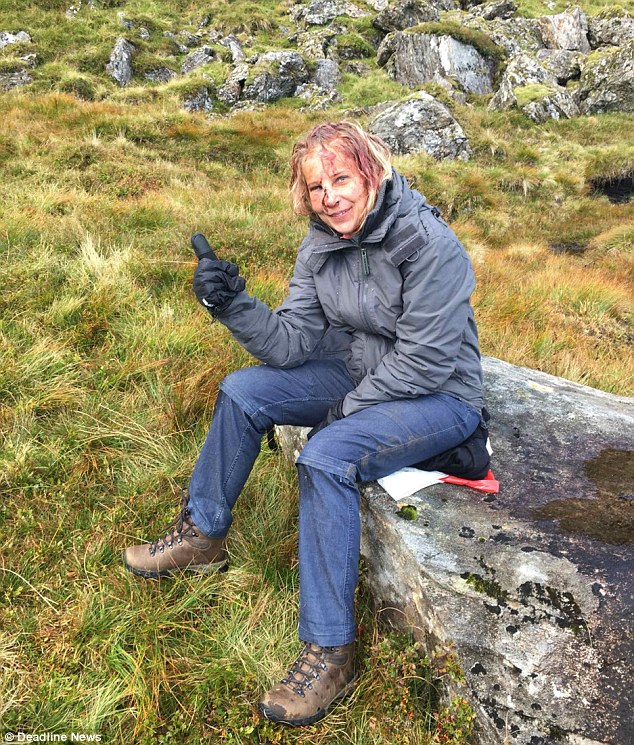 Magdalena Michalowska and her friend, Wojciech Turek, were climbing a path to the top of Stob Garbh near Stirling when the accident happened

Magdalena found the positive side of the situation, and despite her injuries posed for Wojciech’s pictures in which her bloodied face can be seen.

Magdalena said: ‘I was just happy to be alive.

‘I just try to always find something positive in every case. I was very happy [Wojciech] was there.’

Magdalena admitted she was ‘surprised’ about the extent of her injuries.

Magdalena, who will have to wear a neck collar for the next six weeks, said: ‘I can’t move my body or neck as I’ve cracked part of my spine.

‘I was surprised because I didn’t feel a lot of pain.’ 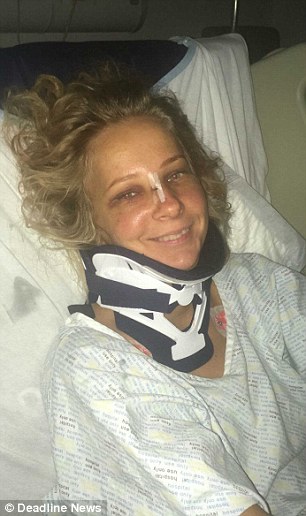 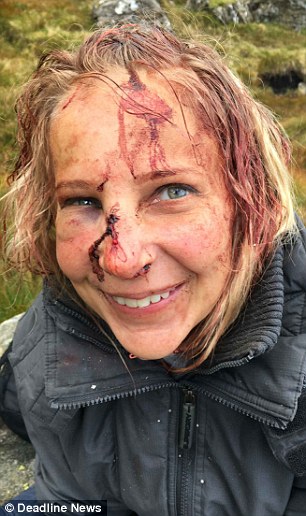 Although bloodied, bruised and sore, Magdalena, had no idea she had broken her neck when she posed for pictures 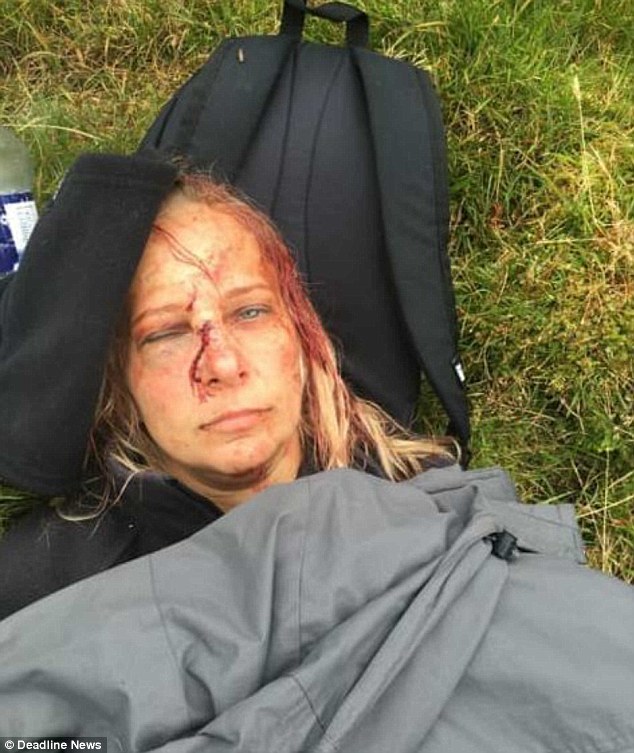 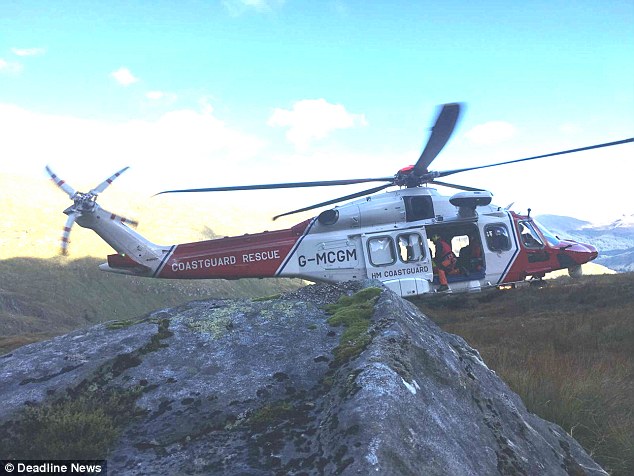 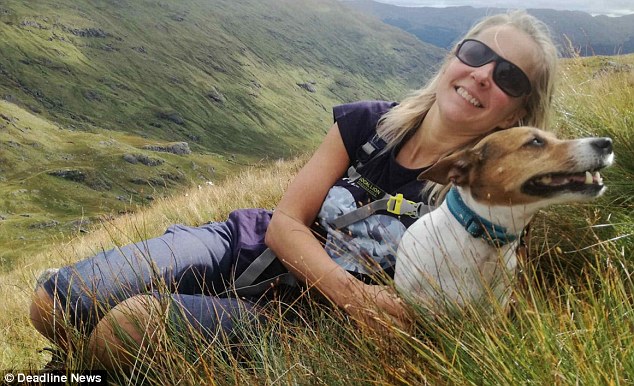 Magdalena and her companions set out to tackle the 3,142ft peak on Saturday

Magdalena, who lives in Glasgow, and her companions were descending the peak on Saturday when the accident happened around 3pm.

It was only when rescuers arrived three hours later that the seriousness of the situation began to emerge and the 41-year-old was airlifted off the mountain.

Magdalena later posted the pictures posted on social media to raise awareness of the dangers of hill walking.

She posted the images saying: ‘My last hill walk finished in hospital. Be careful people in the mountains.’

Her post was warmly received with many praising her positive response to her accident. 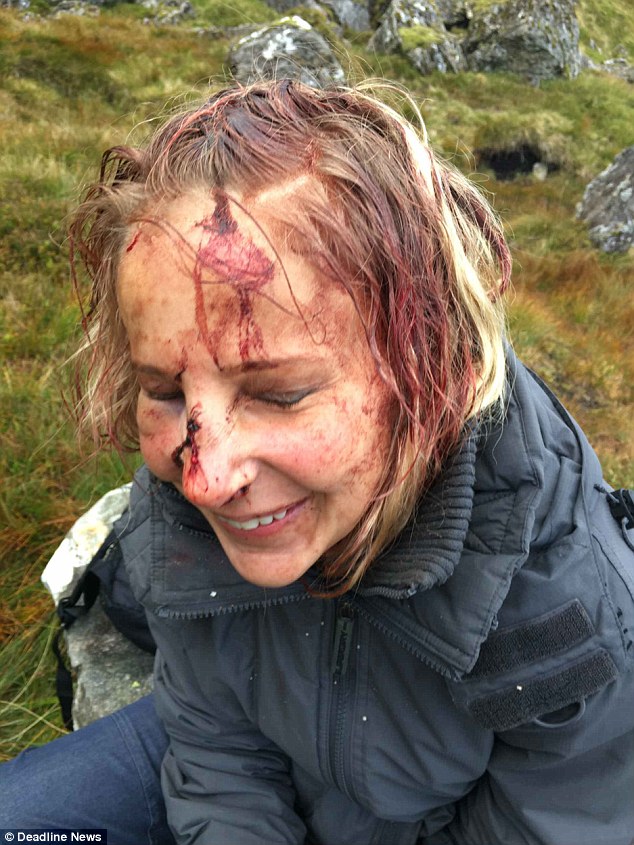 Magdalena and her friend, Wojciech Turek, were climbing a separate path to the top when the accident happened 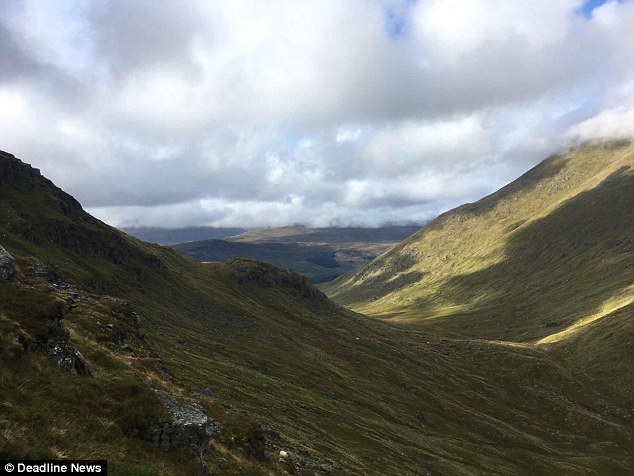 Magdalena, who is originally from Poland, was airlifted to Queen Elizabeth University Hospital in Glasgow by the Coastguard Rescue helicopter after support from the local mountain rescue team.

Team Coordinator, Bill Rose, said they were regularly called to the area as it is very steep.

He added that it was fortunate mist in the area cleared so that they were able to bring in the helicopter.

Speaking about the casualty’s cheerful demeanour, he said: ‘It happens quite frequently – it’s reassurance that we’re getting them to a hospital.’

‘It can take a while for us to get there so I suppose they’re just relieved to see us.’

This is not the first time someone has underestimated their injuries whilst hiking.

In 2016, a doctor who broke her back in 12 places in a mountain fall walked off the hill, was driven 70 miles home and fed the dog – before going to A&E.

Ashley Simpson, from Edinburgh, escaped death after slipping on Ben Lawers in the Highlands with a boulder breaking her fall.

Her boyfriend took a picture of her lying in the snow before realising the extent of her injuries.