Coach driver, 41, who killed cyclist after crashing into her ‘because he was not paying attention’ is found guilty of death by careless driving

A coach driver who killed a cyclist when he turned into her path has been convicted of causing death by careless driving.

Barry Northcott, 40, caused fatal and ‘catastrophic injuries’ to Karla Roman when he turned left into the 32-year-old in Whitechapel, east London, after failing to spot her in his mirrors.

However a jury at Woolwich Crown Court on Friday convicted him and he faces sentencing next month.

Prosecutor Harpreet Sandhu told the trial that Ms Roman had been ahead of Northcott and within view for some 16 seconds before the crash on February 6 last year.

Northcott made the ‘deliberate decision’ to pull into the cycle stop box at traffic lights while there was ‘no reason’ he should not have seen Ms Roman, Mr Sandhu said.

Mr Sandhu also told jurors that Northcott only became aware that he had hit Ms Roman when one of his passengers informed him.

Jurors heard that Northcott told police he regularly disregarded the rules about the cycle stop box to ‘stop himself being swamped by cyclists’.

Mr Sandhu said: ‘The defendant began a left-hand turn and into the path that Karla Roman was on. He did not see her in the mirrors as he turned because he was not paying attention. 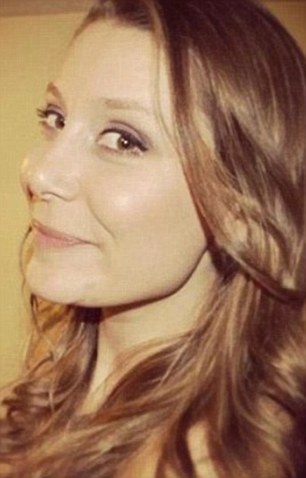 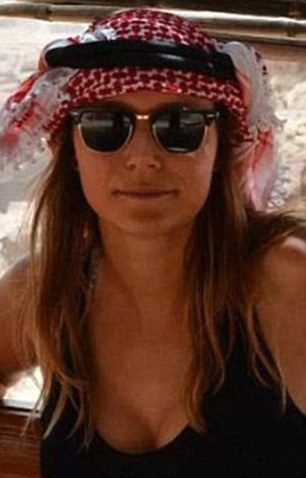 Karla Roman, 32, was hit by Northcott’s coach after he turned left and didn’t check his mirrors in Whitechapel, east London, on February 6 last year 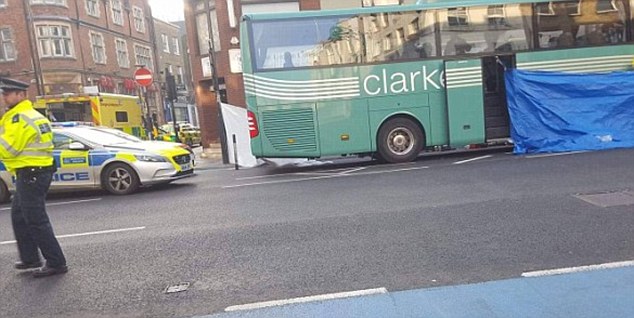 Pictured: The scene in Whitechapel after the rush hour crash. Woolwich Crown Court heard how Northcott only became aware he had hit Ms Roman when a passenger informed him

‘He did not see her in the mirrors as he continued to turn as he was not paying attention, and, when he made that left-hand turn into her path, his coach collided with her and ended up dragging her with her bike under the wheels of the coach.’

She was taken to The Royal London Hospital, where she died of her injuries.

Northcott, of Southover, Bromley, was bailed to appear for sentencing at the same court on September 21.

Brazilian Ms Roman, who could speak four languages, was hit just half a mile from her office as she biked to work during rush hour. 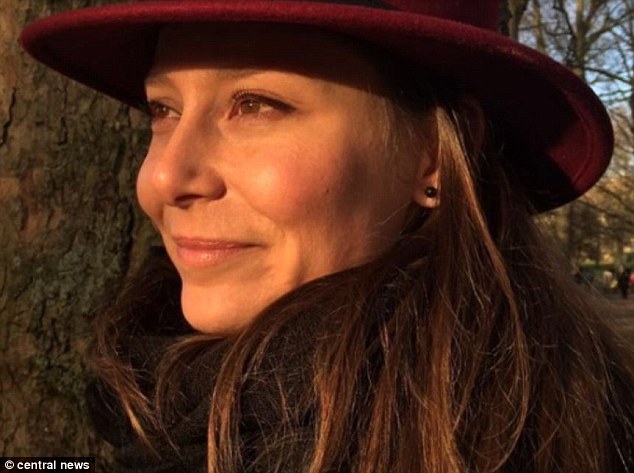 Ms Roman was taken to The Royal London Hospital where she died from her injuries. Her cousin Sabrina said: ‘We have no words. We are so sad that we won’t see her beautiful smile again’ in the days after the tragic death

Although she grew up in Brazil, the architect moved to London in 2012 to live with her boyfriend and her sister Rochele is said to have joined her in Britain last March..

After her tragic death Ms Roman’s cousin Sabrina told the London Evening Standard: ‘We have no words. We are so sad that we won’t see her beautiful smile again. We want her to be near us, we want her home.

‘We are concerned about Rochele and want her back here too – they were so close. We know that she had made many friends in London.’