Addis Ababa: For generations, farmers planted the lush earth of Awedai and nearby areas in eastern Ethiopia with coffee trees, earning a livelihood from a crop that is now the country's main export.

But the centuries-long practice is now being abandoned in favour of khat, a leafy plant chewed as a stimulant in the Horn of Africa and the Arabian Peninsula. 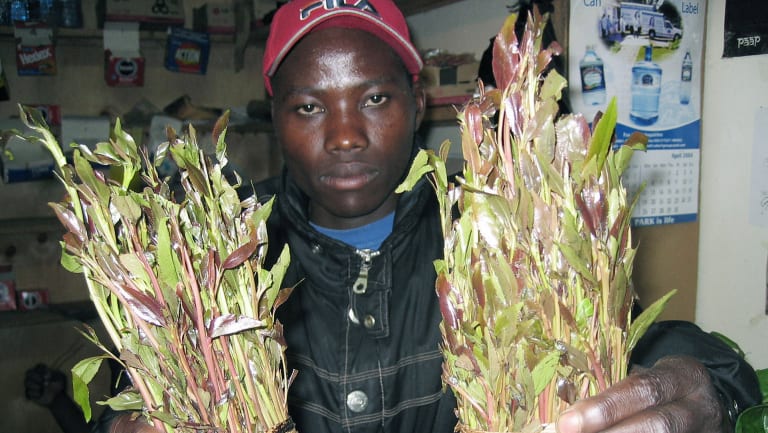 A young Kenyan holds bundles of khat in a small kiosk, in Nairobi, Kenya.

"Coffee comes only once a year. But you can harvest khat twice a year," said Jemal Moussa, a 45-year-old farmer and father of six who depends on the narcotic leaf for income.

"Khat is much more useful."

He said it was in the early 2000s that farmers in the Awedai area started planting khat as its popularity rose and coffee prices remained stagnant. 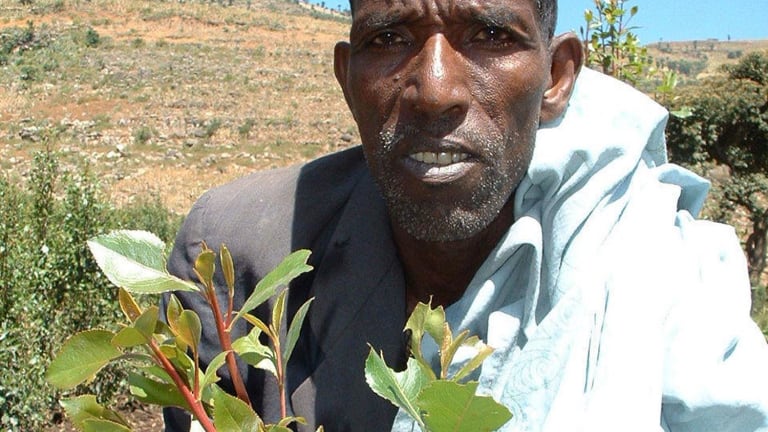 Jemal said by this year, the entire economy of Awedai, a small town 35 kilometres outside the ancient city of Harar, relied on the leaf.

Trucks piled with khat head out of the town every 30 minutes, dispersing their produce to the nearby Ethiopian Somali Region and Hargeisa, in the neighbouring semi-autonomous region of Somaliland.

Illegal in several Western nations, the leaf is immensely popular in the region, giving the chewer a mild amphetamine-like high.

In addition to cash incentive of khat, coffee growing is being affected by dwindling forest coverage as well as drought.

Farmers believe the characteristic flavour of Ethiopian coffee is derived from growing it in the shade of larger trees – leaving it vulnerable if trees are stunted or removed. 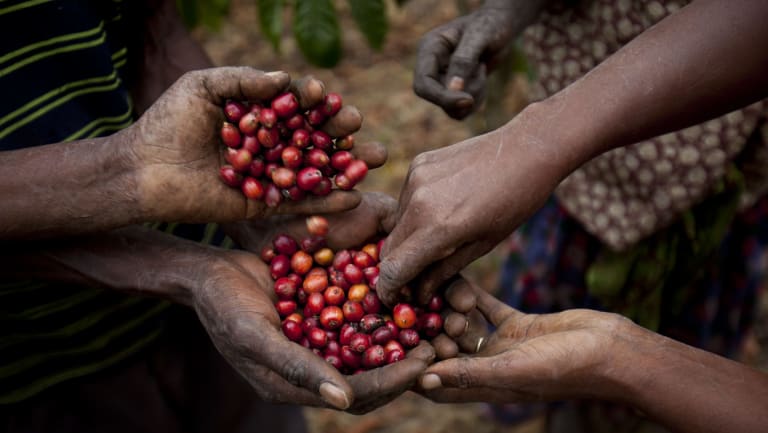 Fresh coffee berries are collected on a large scale plantation.

And in 2015-16, a drought induced by the El Nino phenomenon – the warming of surface sea temperatures in the Pacific – ravaged the country's east, before below average autumn rains in the southern and southeastern parts of the country led to a new drought in lowland pastoralist areas the following year.

Indeed, some 5.6 million people required emergency food assistance in the country in 2017.

"The harvesting is already delayed by three and a half weeks. By now we would have processed 85-plus per cent. But now we have not even picked that much as you can see," said Aman Adinew, chief executive of Metad Agricultural Development, which processes coffee in Yirgacheffe in southern Ethiopia.

Yirgacheffe is one of the best known coffee brands for Africa's biggest producer of the bean.

"The coffee is still green on the tree – it needs rain to turn red. We are hoping it comes soon," said Aman.

"But if this trend continues, it is going to adversely impact the farmers and businessmen like us the growers like us and the country."

While coffee is heavily dependent on rain, Khat needs less, making it a more attractive option for some farmers.