Netweather minimum temperature charts show temperatures could plunge as low as -11C in some parts of the UK today.

The coldest minimum temperatures are forecast for Scotland, ranging from -8C to -11C in northern areas.

Parts of northern England could also see temperatures well into the minuses according to the chart, with -7C possible in some areas. 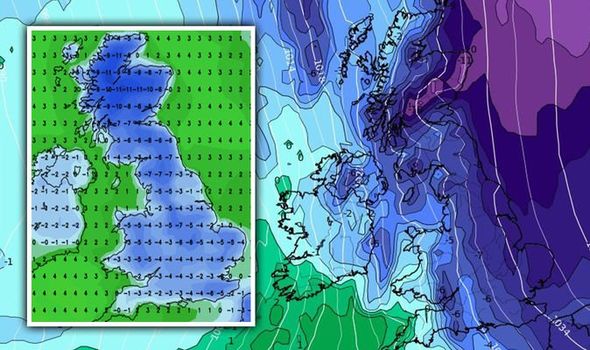 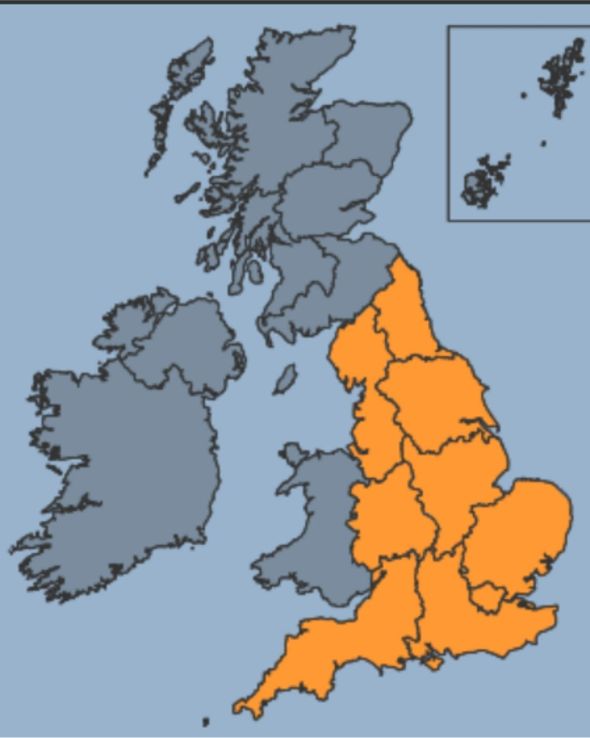 In eastern England and the South East, minimum temperatures could vary between -2C and -5C, with a similar picture forecast for Wales.

The South West could see temperatures as low as -3C, while Northern Ireland is forecast to see minimum temperatures of -1C or -2C.

With such cold weather forecast today, the Met Office has issued snow and ice warnings across the UK.

Warnings are active across parts of Scotland, the South West and Wales over the course of the day. 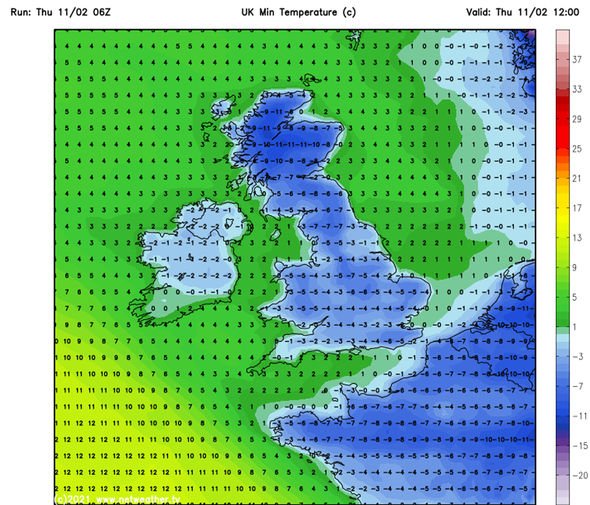 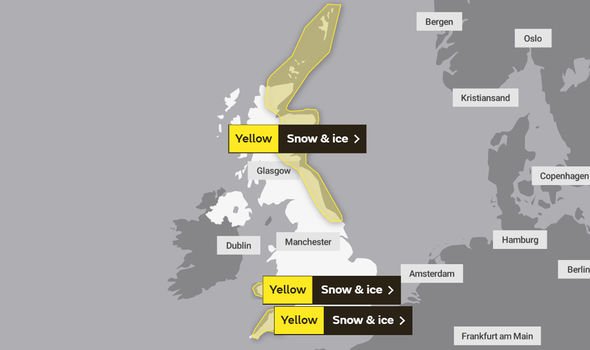 In Scotland, the Met Office warn snow showers “will gradually become confined to Shetland, Orkney and some coastal areas in the far north and northeast of mainland Scotland during Wednesday night”.

On Thursday night, “snow showers will return more widely to parts of the warning area, most likely parts of Scotland”.

WXCHARTS minimum temperature forecasts show the cold weather will continue over the next few days too. 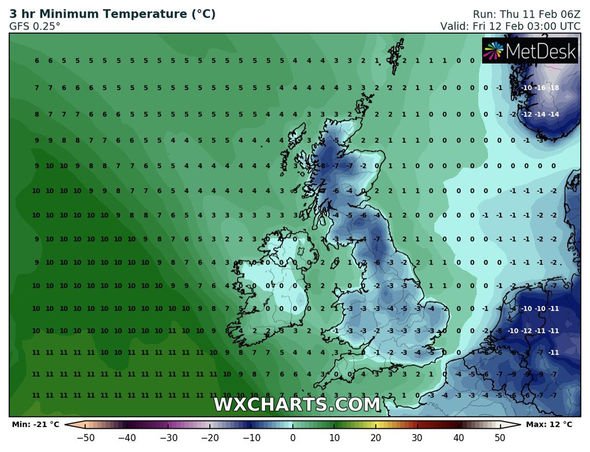 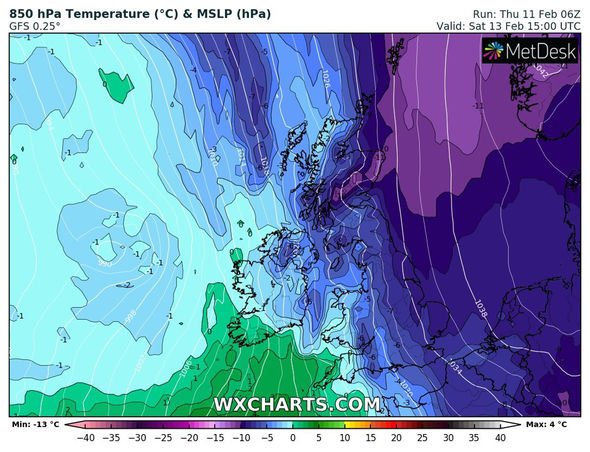 Over Friday and Saturday, minimum temperatures are forecast range in the minuses during the day time, before plunging to bitterly colder levels during the nights.

Earlier this week, Met Office Chief Meteorologist, Dan Suri, said: “Weather for the rest of this week will continue to be very cold with daytime temperatures only reaching a degree or so above freezing at best for many and strong easterly winds continuing to make it feel even colder.”

Forecasters believe Wednesday could have been Britain’s coldest night since 1995.

On Wednesday night, temperatures of -22.9C were recorded in Braemar in the Scottish Highlands.

Previously, a chilly -17.1C was also recorded in the Highlands overnight on Tuesday.

The cold weather can have severe impacts on people’s health and wellbeing, so Public Health England (PHE) is urging people to look after themselves and others during this cold spell.

Dr Owen Landeg, Group Leader, Extreme Events and Health Protection at Public Health England, said: “Cold weather can have a serious impact on health, particularly for older people and those with heart and lung problems, as it increases the risks of heart attacks, strokes and chest infections.

“So it’s really important during this particularly cold period, to keep checking on frail or older neighbours or relatives, especially those living alone or who have serious illnesses.”