This picture shows the gaggle of journalists and TV presenters who have camped out on College Green in Westminster amid the political drama of the last week.

Westminster had another week of turmoil as Theresa May faced a confidence vote from her own MPs, cancelled a Commons vote on her Brexit deal and raced around Europe in a bid to salvage the agreement.

Broadcasters including the leading political reporters from the BBC, ITV and Sky were parked on the lawn, right by the Palace of Westminster, all week. 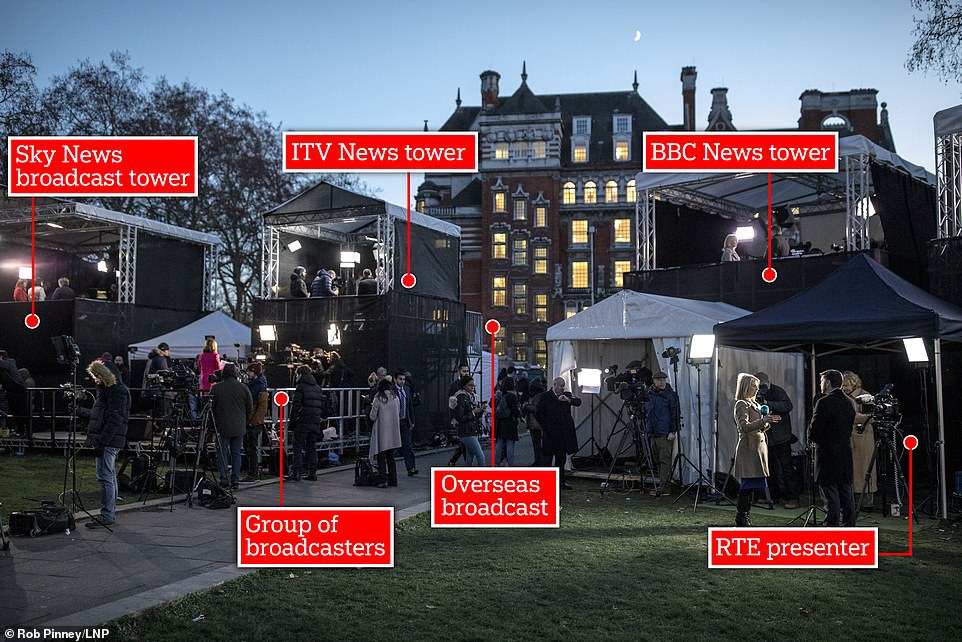 Settled in: TV crews set up gazebos and platforms to cover the political drama at Westminster, in a week which saw Theresa May face a confidence vote from her own MPs, after she dramatically called off a Commons division on her Brexit deal

It is frequently used by camera crews to interview MPs and ministers, but this week the networks set up more permanent platforms as they settled in for a busy week.

In this image Sky News have a gantry set up on the grass with political presenters Kay Burley and Beth Rigby wearing coats as darkness falls.

In a BBC tower on the far-right of the picture, chief secretary to the Treasury Liz Truss – who backed the PM in the confidence vote, which she won by 200 votes to 117 – is facing questions.

Broadcasters from further afield including Ireland’s RTE and Fox Business from the United States were also seen on the lawn.

A combative EU summit yesterday left Mrs May insisting she was still on track to win assurances on the controversial Irish backstop proposals.

EU tensions erupted into public view when a visibly angry Mrs May was seen berating European Commission president Jean-Claude Juncker, accusing him of calling her ‘nebulous’.

The Prime Minister said further talks would take place in the coming days on measures she hopes will persuade MPs to back the Brexit agreement in Parliament. 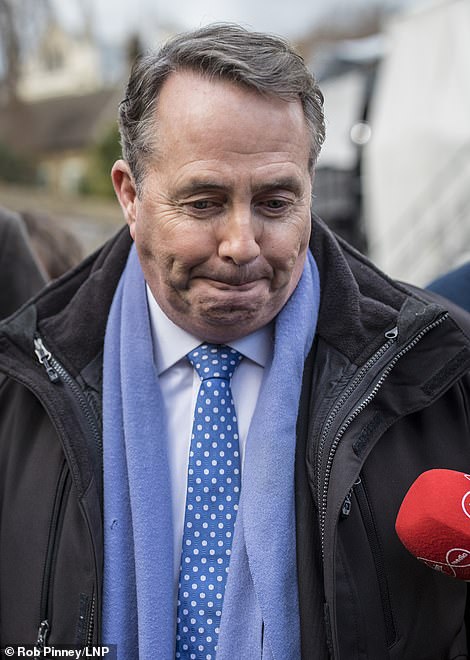 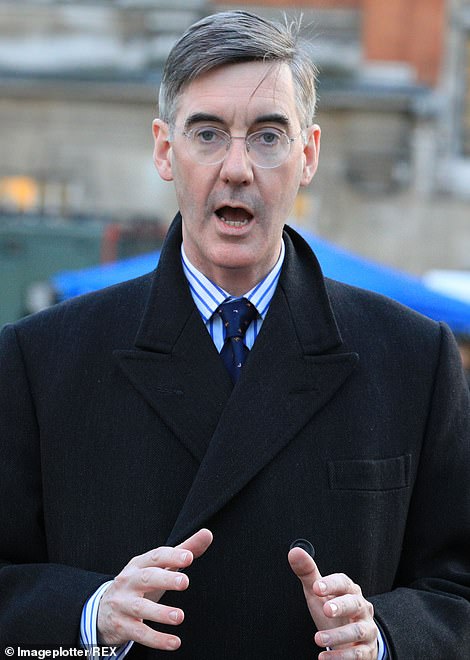