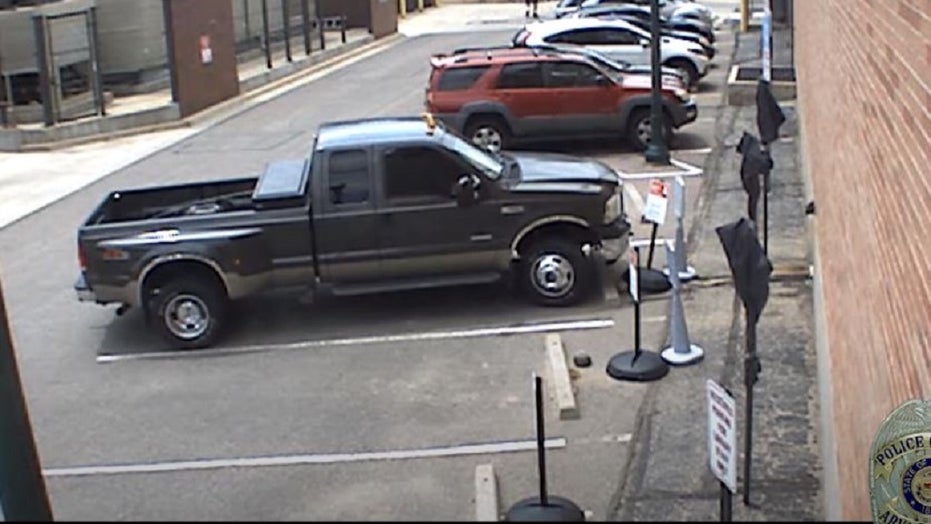 The “good Samaritan” who fatally shot a gunman following an attack that left a Colorado police officer dead was himself killed by an officer responding to the chaotic scene, investigators said Friday.

Johnny Hurley, 40, was seen holding the suspect’s rifle when a responding officer arrived at the busy Olde Town district in the Denver suburb of Arvada on June 21, police said. In a video message, Arvada Police Chief Link Strate said Hurley shot the suspected gunman, identified as Ronald Troyke, with a handgun moments after he killed veteran officer Gordon Beesley.

“Our police department and community’s view of Mr. Hurley and his actions are heroic,” Strate said in a video message. “It is clear that Mr. Hurley intervened in an active shooting that unfolded quickly in a busy commercial area in the middle of the day. And he did so without hesitation.”

Troyke harbored a hatred for police officers and said his goal was to kill Arvada police officers, according to a timeline of events released by authorities. 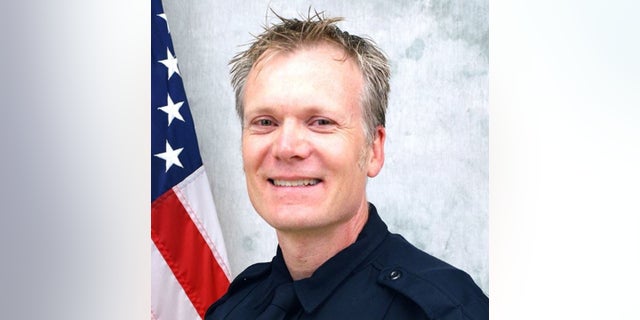 Arvada Police Officer Gordon Beesley, a 19-year veteran of the force, was killed Monday along with a civilian and a suspected gunman, police said. Authorities released a timeline of the chaotic events that led up to two deaths in the Denver suburb.
(Arvada Police Department )

A note he wrote contained several statements professing his desire to harm police officers, including: “My goal today is to kill Arvada PD officers” and “I just hope I don’t die without killing any of you pigs.”

According to the police, Beesley and another officer responded to a call from the suspect’s brother around 12:50 p.m. asking for authorities to perform a welfare check after he said he was going to “do something crazy.” When the officers arrived at the home, they were unable to find Troyke, 59, and cleared the call.

At 1:18 p.m., a call was received about a “suspicious person” in the Olde Town area by a teenager who said an older man made a noise and showed them a condom, police said. When Beesley arrived at the area, he parked in an alley and began walking. Troyke parked his truck in the same alley moments later.

“The suspect got out of his truck with a 12 gauge semi-automatic shotgun, ran after Officer Beesley and yelled at him,” police said. “Officer Beesley stopped, turned and immediately was shot twice by the suspect. Officer Beesley did not reach for his gun and takes no defensive action – he simply turns in response to the suspect who then shoots and kills him.”

Troyke then shot out the windows of police patrol cars in the area and into the air, police said. He walked back to the truck and retrieved an AR-15, police said.

“The suspect ran back towards the Olde Town Square with the long gun, where he was confronted by Mr. Hurley,” the timeline said. “Mr. Hurley then shot the suspect with a handgun.”

A witness told the Denver Post that Hurley, 40, had been shopping at a nearby Army Navy surplus store when he saw the gunman walk by. 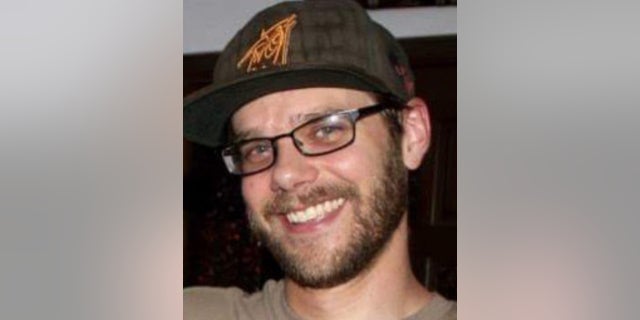 “A responding Arvada Police Officer then encountered Mr. Hurley, who was holding the suspect’s AR-15,” police wrote. “The officer shot him.”

An investigation into that shooting is ongoing. The Arvada Police Department said Troyke “bears responsibility for this tragic sequence of events.”

In a statement, Hurley’s family thanked the community for their support, the newspaper reported.

“Before Johnny engaged in a clear-eyed response to a dire situation, he was already a wonderful human being with a great enthusiasm for life,” the family said in the statement. “Johnny had an inquiring mind, independent spirit, and strong principles, though he was beholden to no single cause or belief. He called out injustice when he saw it. He brought joy to many people and looked for the good in others. Moving forward without Johnny feels impossible. We are so proud of him.”

Alexis King, the district attorney for the First Judicial District, said Friday her office is “committed to transparency, and the complete results of the investigation into Johnny Hurley’s death.”