Marking the institution’s 70th birthday, Baroness Scotland opened up on the group’s financial aspirations. She highlighted how similarities in language, institutions and the history of Commonwealth countries had encouraged increased commerce, and she wants to stimulate this further. Lady Scotland said a Commonwealth trade review in 2015 revealed it was on average 19 percent cheaper for countries to trade with each other because of these similarities, with around £454 billion of “intra-Commonwealth” trade being generated.

She said intra-Commonwealth trade had been forecast to grow to £780billion by next year.

But despite an economic slowdown predicted in some parts of the world, this target has been slashed to £543billion.

It is now hoped trade between Commonwealth nations will almost triple over the next decade. 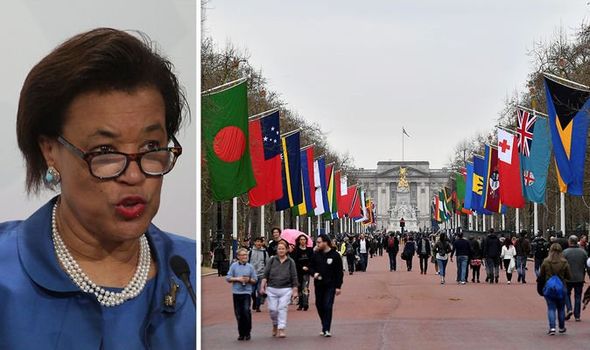 “What we found was in the Commonwealth that was not necessarily true, because of these old historical links, this family liked to trade with each other.”

The Commonwealth has 19 member states located in Africa, the second largest continent in the world and one that is highly regarded as a potential growth market.

A number of Asian nations with large economies, such as India, Malaysia and Singapore, are also part of the Commonwealth group of nations. 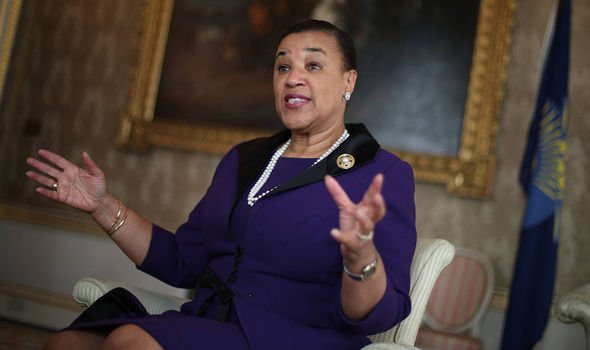 “So it’s 30 percent easier, cheaper, faster to trade with each other rather than trading or just trading with other people.

“What if we could start feeding this family? What huge benefits could that bring, and that’s what we’ve been concentrating on since before I arrived, but absolutely energised me to do the work we have to do.

“But there’s opportunities for the blue economy, the green economy, this whole climate change agenda is going to drive us with greater energy to find those solutions.”

Earlier this month, the International Monetary Fund (IMF) revealed global economic activity slowed considerably in the second half of last year, after strong growth in 2017 and early 2018. 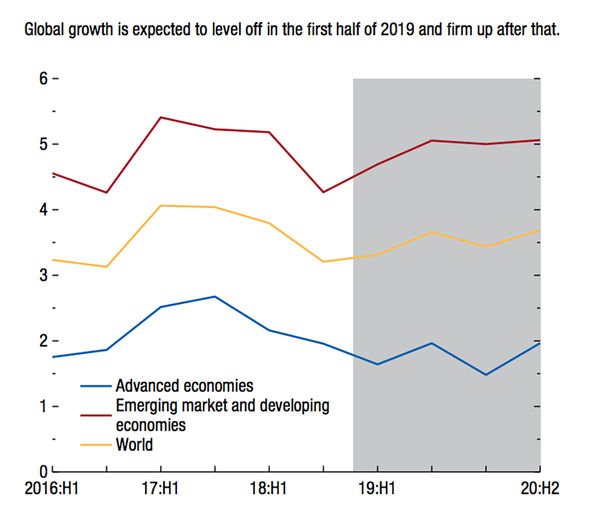 Growth continues to be hit as a result of trade tensions between China and the US having a domino effect across major global economies.

The eurozone economy lost more momentum than expected, with Germany and Italy, with the latter falling into recession at the start of this year and the former almost following suit a short time after.