Beni, Congo: Congo's march toward Sunday's election took a nasty turn on Thursday as the government ordered the European Union ambassador to leave the country within 48 hours after the EU prolonged sanctions against the ruling party's presidential candidate.

Elsewhere, police fired live ammunition and tear gas to disperse more than 100 people protesting against an election delay in the east, blamed on a deadly Ebola outbreak, that means more than a million votes will not count. Protesters set up blazing street barricades and some attacked an Ebola response centre, with more than 20 patients fleeing. 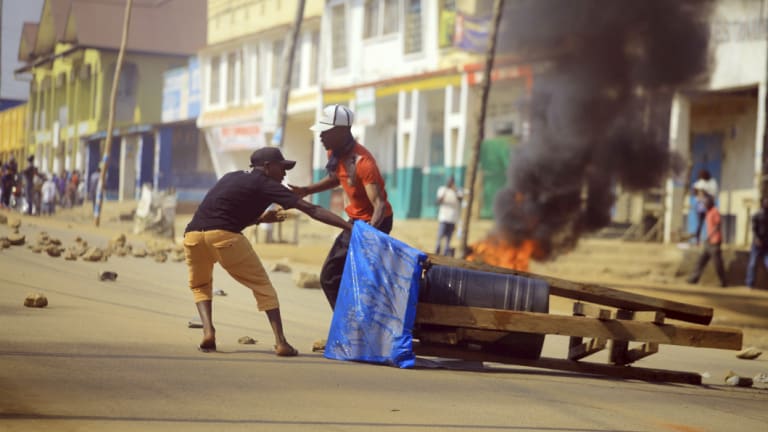 Protesters set up a barricade in the Eastern Congolese town of Beni on Thursday after elections were delayed.Credit:AP

The opposition accuses the government of trying to ensure that the preferred candidate of departing President Joseph Kabila is elected, with many Congolese believing Kabila will continue to wield power behind the scenes.

The foreign minister's order called the EU ambassador's comportment "reprehensible" and came after weeks of pressure by Congo's government to have the EU sanctions lifted on Emmanuel Ramazani Shadary. The order asks the European Council "urgently" to recall its envoy.

The EU last year sanctioned Shadary, a former interior minister, for obstructing Congo's electoral process and for a crackdown against protesters angry over the long-delayed vote. It was meant to be held in late 2016.

The EU this month prolonged the asset freeze and travel ban against Shadary, and more than a dozen other people, days after Congo Foreign Minister Leonard She Okitundu pleaded with EU foreign policy chief Federica Mogherini to lift the sanctions, even for a "probationary period."

There was no immediate comment from the EU ambassador, Bart Ouvry. Congo has resisted what it considers international meddling in the election, vowing to fund the vote itself. Western observer groups are notably absent.

The election delays have led to sometimes deadly protests. The latest postponement pushed the vote from December 23 to Sunday after a fire in the capital, Kinshasa, destroyed voting materials.

Congo's 40 million registered voters will decide the fate of a vast country that is rich in the mineral wealth central to smartphones and electric cars but desperately poor in infrastructure and basic services. First, though, they have to make it to the polls.

Thursday's protest in Beni occurred a day after Congo's electoral commission announced that voting would be delayed until March for Beni and Butembo city because of the Ebola outbreak. The rest of the country still votes on Sunday, with "definitive" results announced on January 15 and the inauguration three days later. 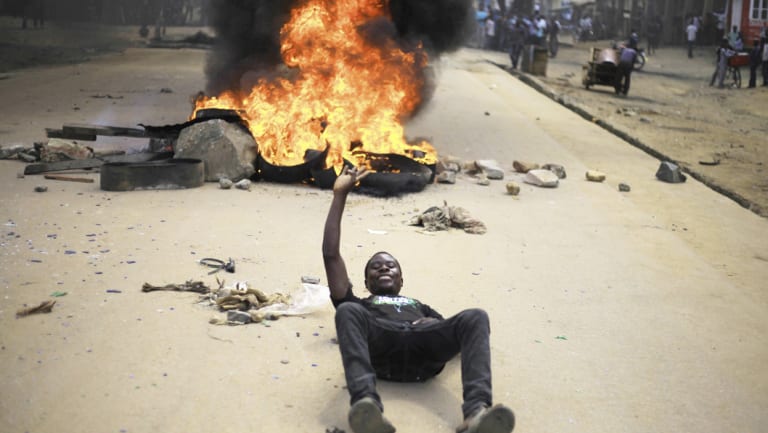 Protesters act in front of the camera after setting off a burning barricade in the Eastern Congolese town of Beni.Credit:AP

Opposition candidates call the delay a ploy to hurt their chances in areas where sentiment has turned against the ruling party in recent years. The opposition coalition behind presidential candidate Martin Fayulu has called for a "ghost town" strike throughout Congo on Friday.

The reasons given for the latest delay aren't credible, Fayulu said. He called on all Congolese to remain calm and vote without violence.

The protesters in Beni marched to the local election office demanding the right to vote on Sunday. Others chanted for Kabila, in power since 2001, to go.

Gunfire could still be heard on Thursday night, with streets closed. 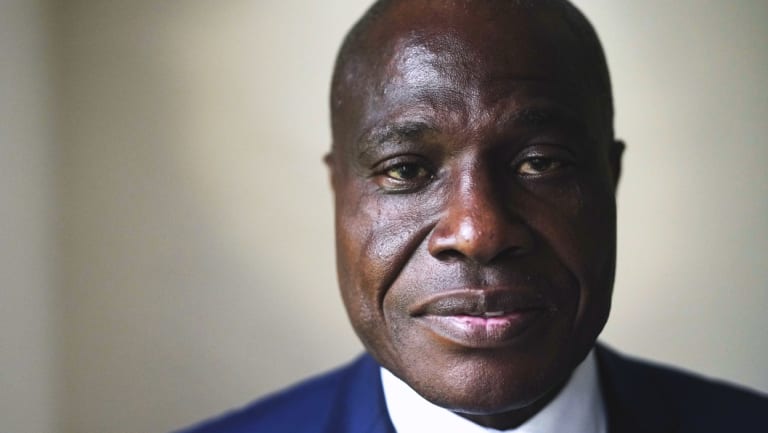 "We participated in campaigning and there were no Ebola infections," said Clovis Mutsuva with the LUCHA activist organization. "Why can a single day of voting cancel the elections for us?" School, church and other activities have continued in Beni and Butembo despite the Ebola outbreak.

The protesters' attack on the Ebola response centre posed yet another challenge to virus containment efforts in a region, long traumatised by rebels, that had never faced an Ebola outbreak before. Some residents continue to believe Ebola is just an excuse to disrupt the vote.

Most of the 21 patients who fled the Ebola centre had tested negative for the virus and were waiting for a second test, the health ministry said.

Rebel attacks in Beni have killed more than 1500 people in the past four years. The attacks now hurt efforts to contain the Ebola outbreak, which since being declared August 1 has seen 585 cases, including 308 confirmed deaths.

Congo's health minister, Dr Oly Ilunga, has called this Ebola outbreak the most complex in history. In an interview on December 20, however, he said decisions about holding the election had been made with electoral authorities.

Precautions had been taken, he said. The virus is spread via infected bodily fluids, and some have worried about using the touchscreens of voting machines. Several tons of hand sanitizer and disinfectant had been deployed for polling stations, and voters were to be screened for fever before entering.