KINSHASA (Reuters) – Security forces in eastern Democratic Republic of Congo fired live rounds and tear gas on Thursday to scatter demonstrators who burned tires and attacked Ebola centers in protest at their exclusion from the presidential election. 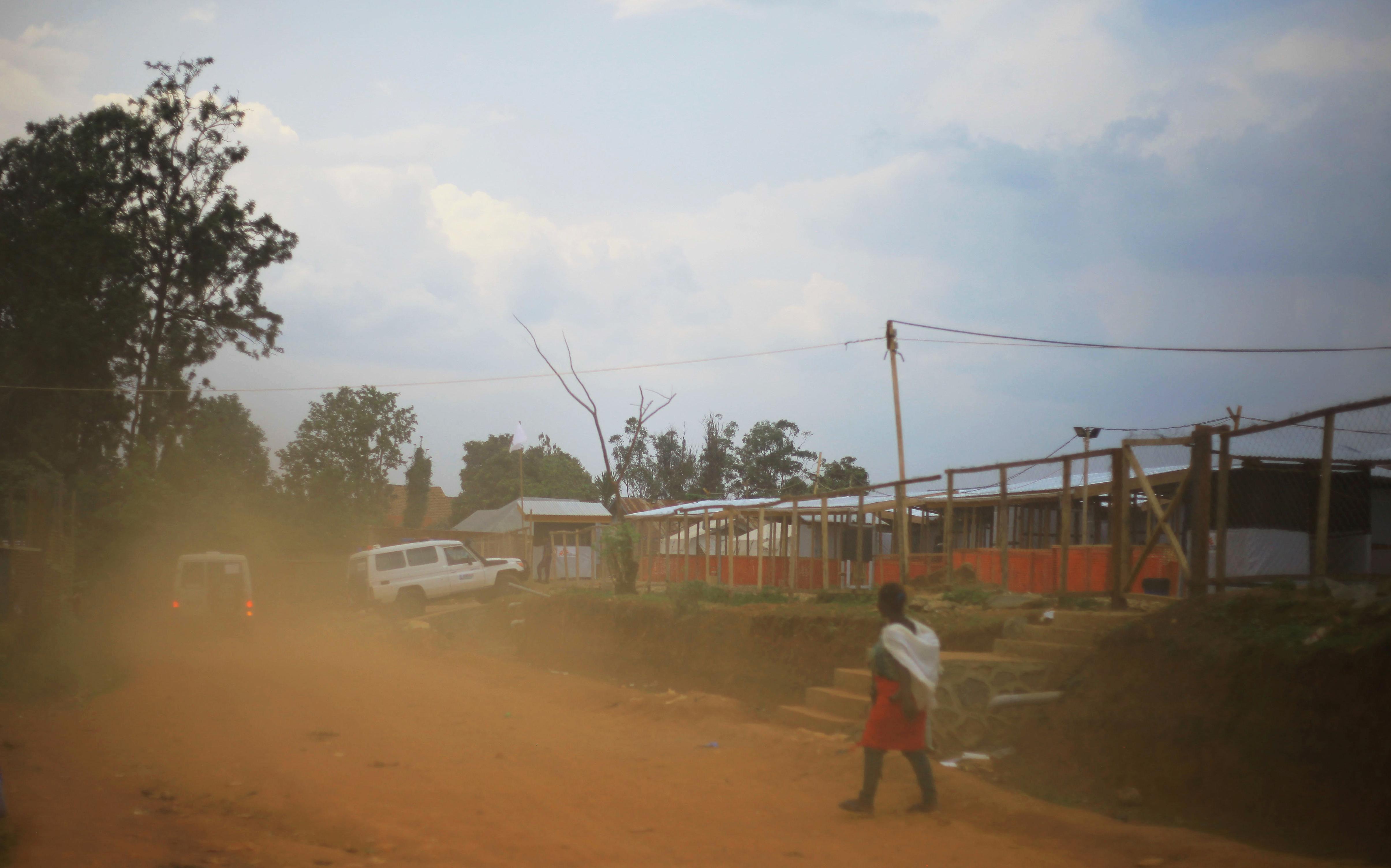 The electoral commission (CENI) announced on Wednesday that it was cancelling voting in Sunday’s election in the cities of Beni, Butembo and their surrounding areas due to an ongoing Ebola outbreak and militia violence.

Those places are strongholds of opposition to outgoing President Joseph Kabila, and local politicians denounced the move as an effort to swing the vote in favor of his preferred candidate, Emmanuel Ramazani Shadary.

“There was a group of demonstrators who wanted to enter the CENI office…to demand the withdrawal of the decision,” said Giscard Yere, a Beni resident. “But the police officers and soldiers who were there fired to disperse the demonstrators.”

Protesters ransacked an Ebola isolation center in Beni, causing 24 patients to flee, health ministry spokeswoman Jessica Ilunga said. Seventeen of them had already tested negative and seven others had not yet been tested, she said.

Three of the patients have returned to the center, while health workers are in contact with 17 others to coordinate their return and have ways to contact the remaining four, Ilunga said.

Demonstrators also attacked the office of the government agency coordinating the response to the Ebola virus in Beni before U.N. peacekeepers pushed them back, said Aruna Abedi, the deputy director of the Ebola response.

“Protesters tried to force the door of the center,” Abedi told Reuters. “They were chanting songs hostile to the government and demanding elections. They threw projectiles.”

Colonel Safari Kazingufu, the police commander in Beni, said his forces had deployed across the city to restore order, including around Ebola treatment centers.

Beni, Butembo and their rural surroundings have been dealing with an Ebola outbreak – now the second-deadliest in history – since August. It is believed to have killed more than 350 people so far.

But health authorities had repeatedly said that the outbreak would not prevent the vote from going ahead, and locals say it is being used as a pretext to disenfranchise them.

The CENI also canceled the vote in the western city of Yumbi because of ethnic violence there last week that killed more than 100 people.

In its first official response, the opposition coalition behind presidential candidate Martin Fayulu called on citizens to hold a nationwide general strike on Friday to protest at the cities’ exclusion from the vote.

“It’s too much, the CENI has crossed a red line,” Fayulu campaign director Pierre Lumbi told journalists on Thursday, calling on the CENI to cancel the decision. 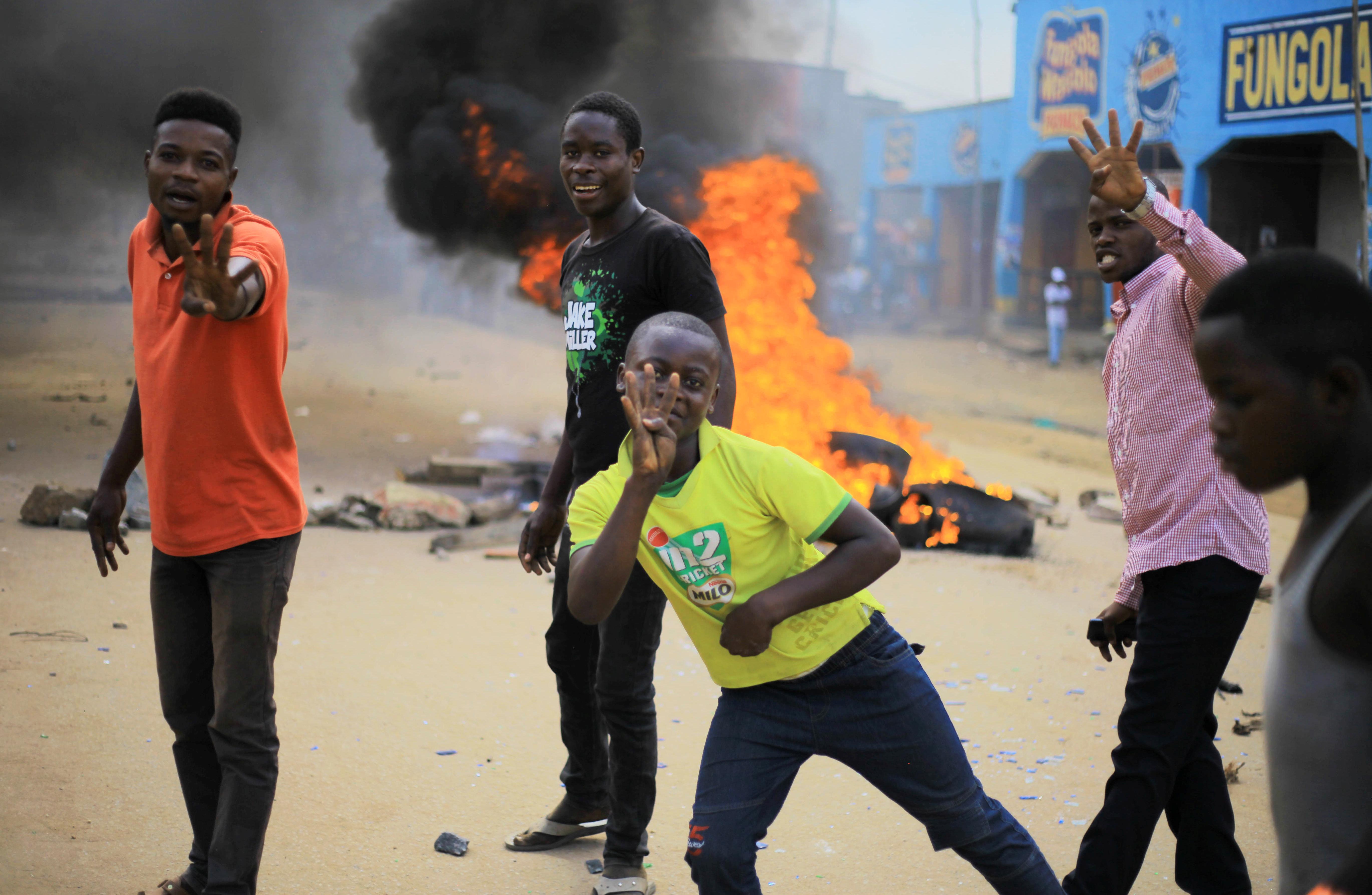 The election to replace Kabila, who has governed since replacing his assassinated father in 2001, was meant to take place in 2016 but has been repeatedly delayed.

This has triggered violent protests in which security forces killed dozens of people. It has also stoked militia violence in Congo’s eastern borderlands with Rwanda and Uganda as armed groups moved to exploit a perceived power vacuum.