KINSHASA (Reuters) – For most of his life, Felix Tshisekedi lived in the long shadow of his father Etienne, a firebrand veteran opposition leader in and out of prison and government over the course of a near 60-year career until his death in 2017. 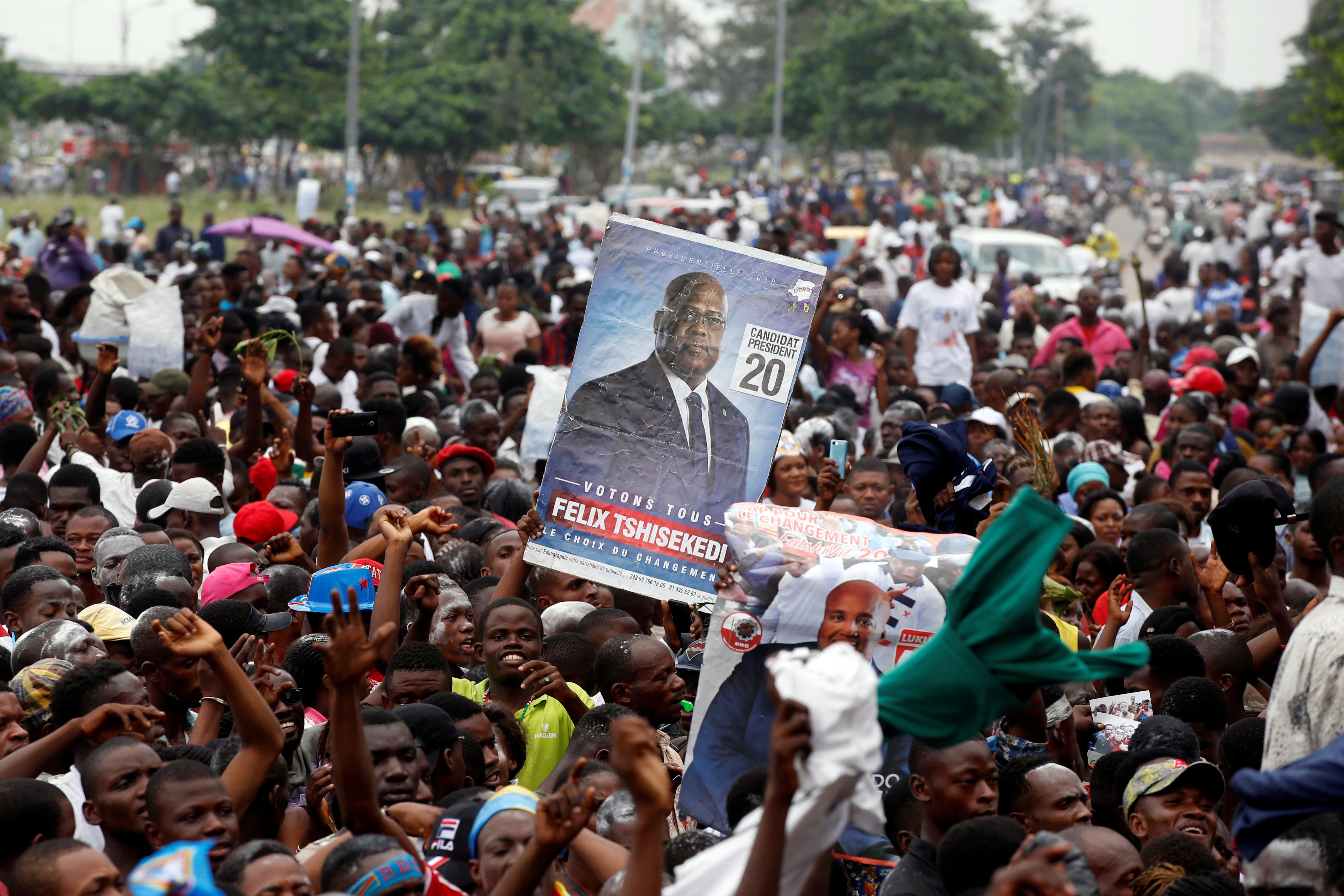 After being declared the winner of Democratic Republic of Congo’s presidential election in the wee hours of Thursday morning, the younger Tshisekedi looks set to achieve the lifetime goal that eluded his father.

“I will be the president of all Congolese,” Tshisekedi told thousands of delirious supporters, many of whom had scaled the walls of his party headquarters and the trees outside to catch a glimpse of him on stage.

But his declared win comes riddled with questions about his authority. Supporters of the other main opposition candidate say the vote was rigged after Tshisekedi reached a backroom deal to share power with outgoing President Joseph Kabila.

Congo’s venerated Catholic Church, which deployed 40,000 election monitors for the Dec. 30 poll, concluded that the runner-up, Martin Fayulu, was the true clear winner, according to three diplomats briefed on the bishops’ findings.

Tshisekedi’s camp denies having made a deal with Kabila, and says talks since the election with Kabila’s representatives were aimed only at ensuring a peaceful handover of power.

The election will mark Congo’s first transfer of power at the ballot box since independence from Belgium in 1960, after decades of coups, dictatorship, assassinations and civil wars.

But suspicions surrounding Tshisekedi’s win raise doubt about whether he can fend off new unrest — at least four people were reported killed in demonstrations by Fayulu supporters in the west on Thursday — and whether he will have the authority to make good on campaign pledges to fight corruption.

“If Tshiekedi’s made a deal, that will likely mean that the army and intelligence agency are still controlled by Kabila,” said Stephanie Wolters, head of the Peace and Security Research Programme at Pretoria’s Institute for Security Studies.

“It would narrow Tshisekedi’s margin for maneuver on all the important governance issues, and there’s no question it would immediately diminish his credibility.”

The electoral commission’s announcement capped a swift rise for someone who, until recently, was a peripheral figure in Congolese politics. One of five children, Tshisekedi, 55, grew up in the capital Kinshasa in the early years of Mobutu Sese Seko’s rule over the country he rechristened Zaire.

The UDPS endured harsh repression, and the elder Tshisekedi was repeatedly jailed. Felix moved with his mother and siblings to Belgium in 1985, where he worked a number of odd jobs.

He was a member of the UDPS but toiled in relative obscurity until 2011, when he won a seat in the national parliament in an election which saw his father finish as runner-up to Kabila. The party said the result was rigged.

As the elder Tshisekedi’s health declined in the years that followed and he spent long periods in Europe for treatment, Felix boosted his profile, touring Congo’s interior in 2014.

He met resistance inside the party, whose members had criticized Kabila for having inherited the presidency from his assassinated father, Laurent Kabila, in 2001. Some accused Felix and his mother of treating the party like a family heirloom.

Some leading party members were particularly alarmed in 2015 when Felix accepted talks with Kabila’s representatives aimed at negotiating a transition period for Kabila to stay in power once his official mandate expired at the end of 2016.

Etienne’s death in Feb. 2017, just after the party agreed to let Kabila stay in office an extra year following deadly protests, catapulted Felix to the forefront of the opposition.

His genial manner and striking likeness to Etienne – from his portly physique to the trademark flat cap he tended to wear – helped win over many of the UDPS rank and file.

Still, some longtime party figures privately grumble that Felix does not measure up to Etienne, whose body has lain in a Brussels morgue for two years because the government feared its repatriation to Congo would kick off demonstrations.

“Felix is not his father,” said one UDPS insider who declined to be identified. “Etienne Tshisekedi never took power because he never wanted to compromise on truth and justice.”

In November, he agreed to back Fayulu in the presidential poll so as to give the opposition the best chance to defeat Kabila’s hand-picked candidate. But 24 hours later, he withdrew from the pact, saying his base demanded he stand.

Having led one opinion poll in October, he slipped in two other polls just before the election to more than 20 points behind Fayulu, who was supported by several other influential opposition leaders. 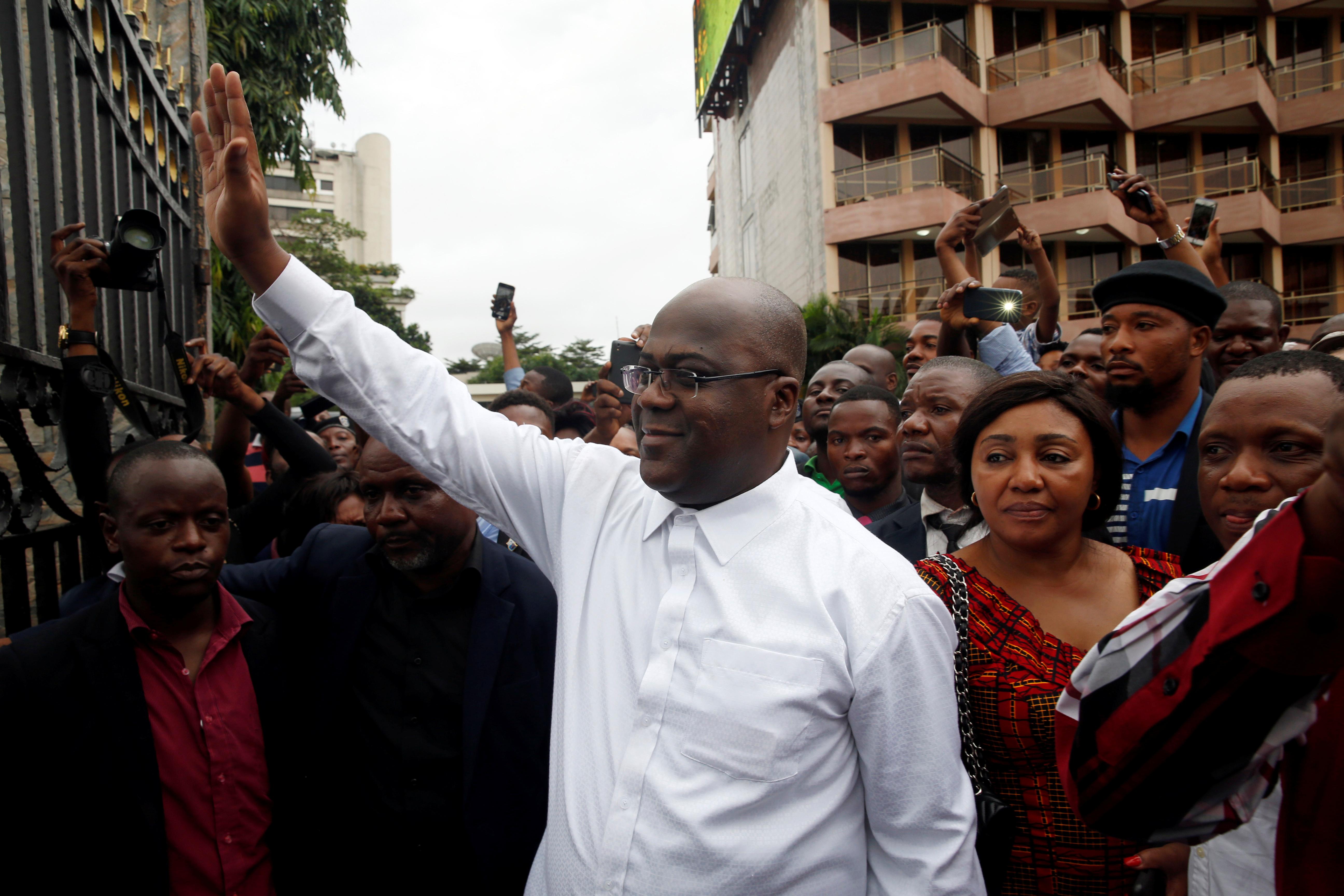 If his victory is confirmed and he is sworn into office later this month, he will face enormous challenges, ranging from the 13 million Congolese in need of food aid to concern that doubts about his legitimacy could embolden militias in the east.

His supporters say they are confident he can turn the tide.

“I like Felix Tshisekedi because he incarnates change,” said one party member named Tresor. “Felix Tshisekedi is going to make us forget all the years of suffering under Kabila.”