Serial conman, 38, is jailed for 18 months after defrauding friends and two Plenty of Fish dates out of thousands of pounds in total to fund his gambling and cocaine addictions

A serial conman who scammed women on dating websites to fund his gambling and cocaine addictions has been jailed for 18 months.

Matthew Burton, 38, of Evesham, Worcestershire, who worked for a Ford car dealership, told the two women he dated that he could get cheap vehicles for them.

But after they handed over cash to pay for the cars he just frittered it away on his vices and they never saw their money again.

Burton pleaded guilty to six charges of fraud and one of a £3,000-theft from his employer, PJ Nicholls of Evesham. 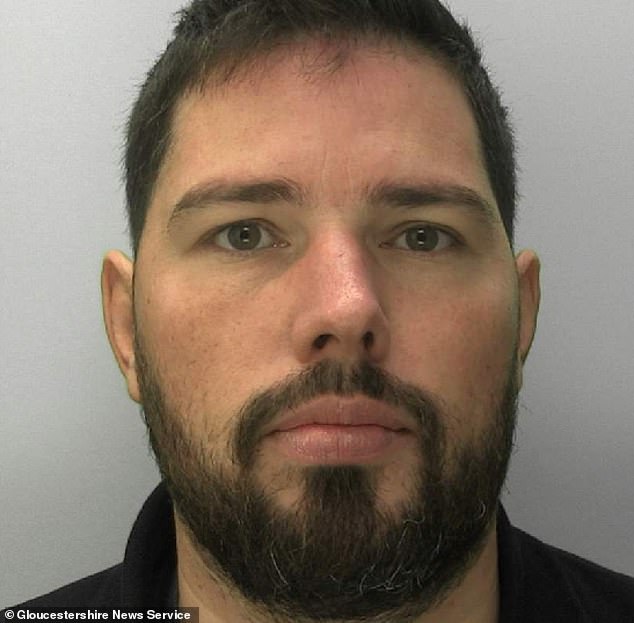 Matthew Burton, 38 (pictured), of Evesham, Worcestershire, who worked for a Ford car dealership, told the two women he dated that he could get cheap vehicles for them

The court was told that between August 17 and October 6, 2016, he met Sara Lee on the dating website Plenty of Fish and got to know her. After a short time she told him she was looking for a new car.

Prosecutor Lucy Taylor said: ‘As Burton worked in the motor trade industry he found a suitable car for her, a VW Golf, and sent her the online details. He told her he could get it for £500 if she wanted it.

‘Ms Lee borrowed the money and handed it over to Burton. She also topped up his phone by £30.

‘But after a period of a couple of weeks there was no sign of the vehicle. He made various excuses. She said in a victim statement that it was money she couldn’t afford to lose.’

Burton’s next offence was to offer a non-existent pool table for sale online between December 12, 2016, and the end of January 2017.

A man who responded to the ad paid Burton £150 – but there was never a pool table for sale and over the next few weeks the victim heard no more and he lost his money, said the prosecutor. 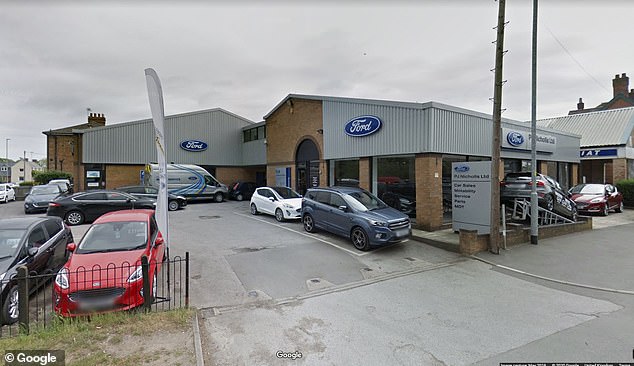 Burton pleaded guilty to six charges of fraud and one of a £3,000-theft from his employer, PJ Nicholls of Evesham (pictured)

She went on: ‘The third offence was when the defendant suggested to an old school friend, Neil Rogers, that he could get an iPhone for him for £165 plus £5 delivery costs. Burton said that he had a contact in a phone shop who wanted to sell some old stock.

‘Mr Rogers paid the £170 to Burton but he never received the phone and all contact with Burton was lost.

‘Mr Rogers said that it had been a futile friendship and added in a victim statement that £170 may not seem a lot of money, but to him it was fortune.

‘The next occasion involved another advert for a pool table which was advertised on Gumtree. Chris Dunstone responded sometime between December 12, 2017 and January 30 2018, but was conned out of £375 and the pool table never materialised.

‘Burton’s next victim was Simone Ellstone who was conned out of £90 on one occasion and later another £300 when he asked to borrow money to pay a mechanic for a car repair on May 5, 2017.

‘He fraudulently created a confirmation text message saying that the money had been transferred into her account. But the funds never arrived.

‘He later contacted her and admitted that he had no intention of paying it back.

‘The next fraudulent transaction involved another woman who the defendant met on the dating website Plenty of Fish.

‘She wanted a new car and handed over £600 to Burton on July 26, 2017. Over the following weeks he gave a number of excuses why the vehicle hadn’t arrived. She checked out the number plate and found that the vehicle didn’t exist.’

The court was told that Burton had also stolen £3,000 from his employers PJ Nicholls in Evesham on December 18, 2018.

Ms Taylor said: ‘A customer paid a £3,000 deposit for a Ford vehicle and arranged a £3,000 bank transfer to pay the balance. But when they came to pick up the vehicle the £3,000 cash payment had gone missing.

‘Burton told his employers that he had taken the money home by mistake and said it would return with it by the close of business that day.

‘He never re-appeared and was subsequently sacked by the company.’

Judge Martin Picton interjected: ‘He is a serial conman and takes advantage of whatever comes his way to deprive others of their money.’

Nicholas Lee defending said: ‘Burton has a gambling addiction and a cocaine habit and was using the money he obtained fraudulently to fund these vices.

‘Burton developed his gambling addiction at the age of 18. It has been a destructive force throughout his life.

‘He has expressed his remorse and says he thinks about his victims on a daily basis.

‘His fraudulent activity has not been very sophisticated, but there was an element of planning in all of it.

‘He has sought help from Gamcare, an organisation that supports anyone affected by problem gambling.’

Judge Picton said to Burton: ‘You have been a thoroughly dishonest person in a very cruel way to your victims.

‘You didn’t have to do this. It has had an impact on all of your victims. You are before the court because we take this type of offending very seriously.

‘You preyed on your victims with some degree of sophistication. You were trusted at your work place.’

‘The only option open to me is to impose an immediate custodial sentence.’

Burton was jailed for 18 months.