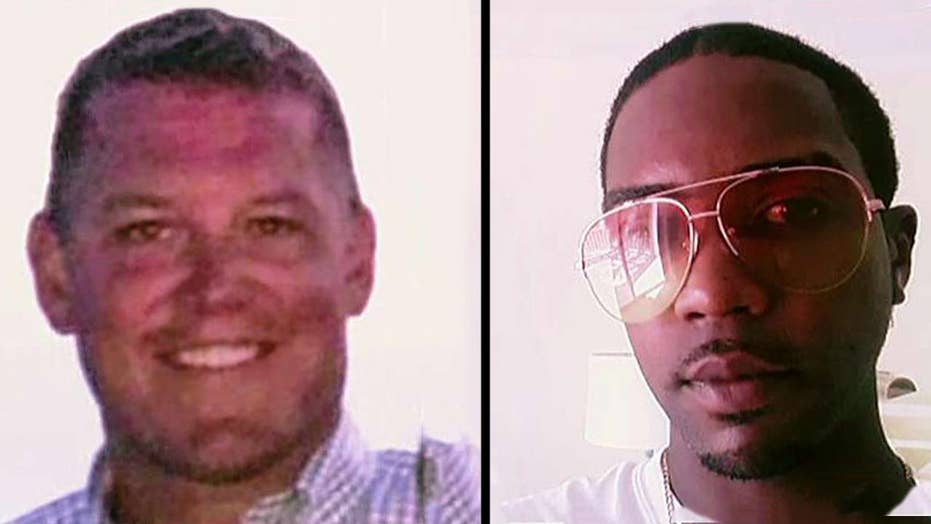 The Connecticut man accused of killing an Anguilla hotel worker while vacationing with his family on the Caribbean island last April is now suing the resort for negligence, claiming it “failed to ensure the safety and protection of its hotel guests” by employing Kenny Mitchel in the first place.

Scott Hapgood, a 44-year-old banker from Darien, filed a lawsuit against Auberge Resorts in Califonia Monday, accusing the Mill Valley-based company of negligence in the hiring and supervision of the 27-year-old worker who died on April 13 after a violent encounter with Hapgood.

The lawsuit alleges that the company continued to employ Mitchel at the upscale Malliouhana resort even thought he had been arrested on a rape charge three weeks prior to his death. The arrest should have made him ineligible to continue to work on Anguilla, a British territory. 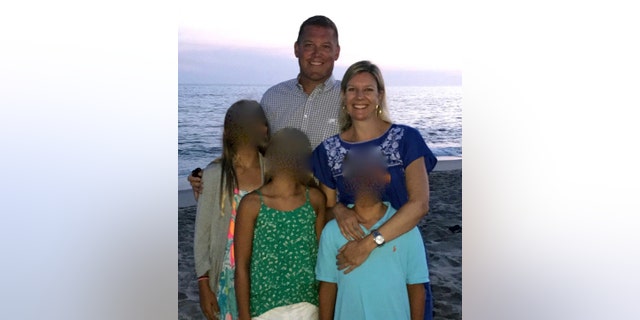 Scott Hapgood with his wife and children (Courtesy the Hapgood family)

Auberge Resorts did not immediately respond to Fox News’ request for comment.

Hapgood claims Mitchel showed up at his family’s room unannounced and demanded money before attacking them. A brief struggle ensued before Mitchel died. A spokesperson for the family said a toxicology report showed the hotel worker had cocaine and other drugs in his system at the time of death. Hapgood was charged with manslaughter.

An autopsy determined the cause of death to be positional asphyxia. It also revealed Mitchel suffered blunt force trauma to the torso and other areas.

Hapgood was freed on a $74,000 bond and returned to Connecticut. He has since refused to return to the British territory for additional court hearings over concerns for his safety. He is considered a fugitive there.

The 24-page lawsuit filed in Marin County is seeking a jury trial and undisclosed damages.

“Although this lawsuit cannot end the Hapgoods’ nightmare, it is designed to at least bring them some measure of compensation, to recover their costs incurred, to bring some accountability to Auberge, and to ensure that other Auberge guests are protected in the future,” the complaint stated.