Sacramento: The break that authorities said led them to the man accused of being the Golden State Killer came when they linked DNA evidence from the slayings to genetic information contained on a consumer genealogical website, authorities said on Thursday.

Investigators knew the killer only through a string of DNA recorded in several of the dozen murder scenes. Shaun Hampton, a spokesman for the Sacramento County Sheriff's Department, said officials had struggled for years to figure out to whom that DNA belonged.

Recently, they tapped genealogical databases that the public uses to search for relatives and ancestors, he said. 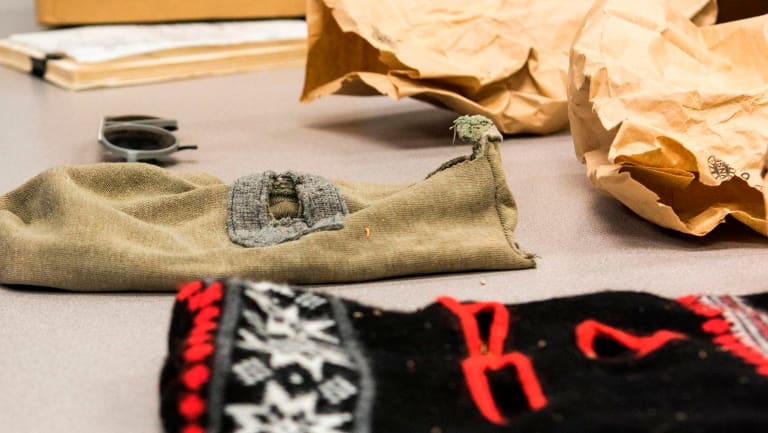 An undated photo of ski masks associated with the East Area Rapist in Sacramento.

Law enforcement sources told the Los Angeles Times that information from those websites dramatically reduced the size of their search. Eventually they narrowed the investigation to several families listed in the database, with a pool of about 100 men who fitted the age profile of the killer, said the sources, who spoke on the condition of anonymity.

Hampton declined to name the site used nor provide details about exactly how authorities made the match.

The trail eventually led them to Joseph James DeAngelo, a 72-year-old former police officer living in Citrus Heights, a suburb of Sacramento. The sources said the detectives then retraced his life, looking for connections between the numerous crimes across California and where he was during those times.

Private companies that provide ancestry searches from DNA samples submitted by paying participants usually also guarantee privacy for their users. However, customers are alerted to potential matches and can use the service to connect with possible relatives.

Sacramento County District Attorney's spokeswoman Shelly Orio said more details about the DNA evidence would be laid out Friday during a court hearing. 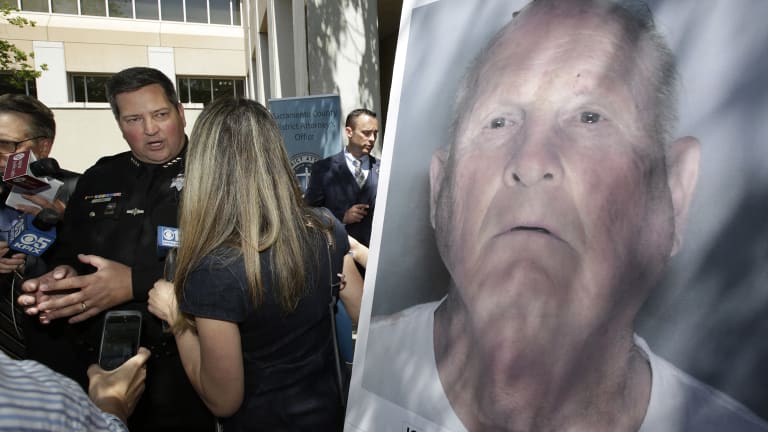 Sacramento County Sheriff Scott Jones talks to reporters about the arrest of Joesph James DeAngelo, right, on suspicion of committing a string of violent crimes in the 1970s and 1980s.

Several popular DNA sites – Ancestry.com, 23andme and MyHeritage – all denied that law enforcement officials formally reached out to them about the Golden State Killer case.

Authorities say the Golden State Killer, also known as the Original Night Stalker and East Area Rapist, slipped in through backdoors and windows in the dark. First he struck in the foothills east of Sacramento, raping at least 46 women, before he began killing and headed south.

From 1978 to 1986, he killed 12 people in attacks ranging from the Sacramento County city of Rancho Cordova to the Orange County cities of Irvine and Dana Point. 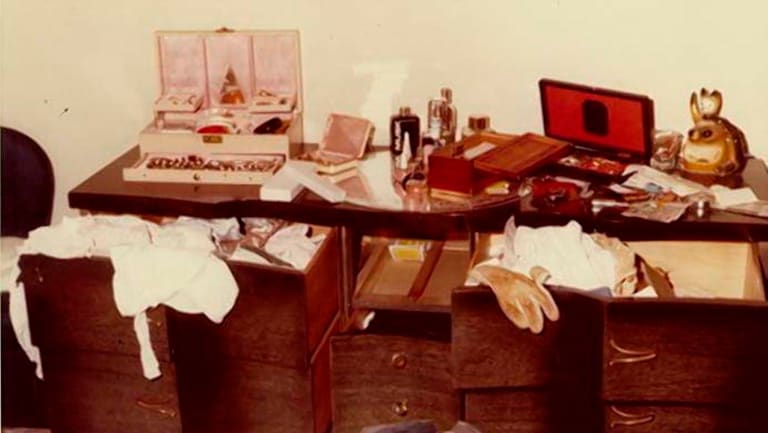 An undated photo of the result of a home invasion and ransacking by an attacker who became known as the “East Area Rapist” in California.

Sacramento County Sheriff Scott Jones said the task force had been conducting surveillance on DeAngelo and secretly retrieved his DNA from a discarded item. The DNA matched the samples left by the killer.

California officials have been increasingly turning to so-called familial DNA to solve cold cases by scouring an offender DNA database for a father, son or brother of an elusive crime suspect.

Lab officials look for a relative by scanning genetic profiles in the offender database and looking for DNA samples that match  a suspect's along several, but not all, markers.

From there, California's testing method focuses on part of the Y chromosome passed down along the male line, identifying father-son or full brother relationships.

Experts said that, as more genetic markers for people's DNA are entered into offender databases, the technology will become more precise.

The state's early success using familial DNA searches to identify the so-called Grim Sleeper serial killer has prompted some police officials to say this could be a game changer in solving old crimes. But civil liberty groups expressed alarm, saying the searches raised significant ethical and privacy concerns. Some questioned their legality.

In 2008, California became the first state in the nation to adopt a familial DNA policy. Under the policy, familial DNA is only to be used as a "last resort" when all other investigative angles have been exhausted.

In some instances, detectives search the database several times for the same case. In the case of the Grim Sleeper killer, an initial search turned up nothing, but state officials ran another scan in 2010.

A partial match came back to a man added to the database after a 2008 arrest for firearm and drug offences. Detectives zeroed in on the man's father, Lonnie Franklin jnr., who lived close to where many of the victims' bodies were dumped in South Los Angeles.