POLICE fear a big cat is terrorising a Cotswolds village after a sheep carcass was stripped to the bone.

A stunned dog walked spotted a "panther" after the animal was found dead. 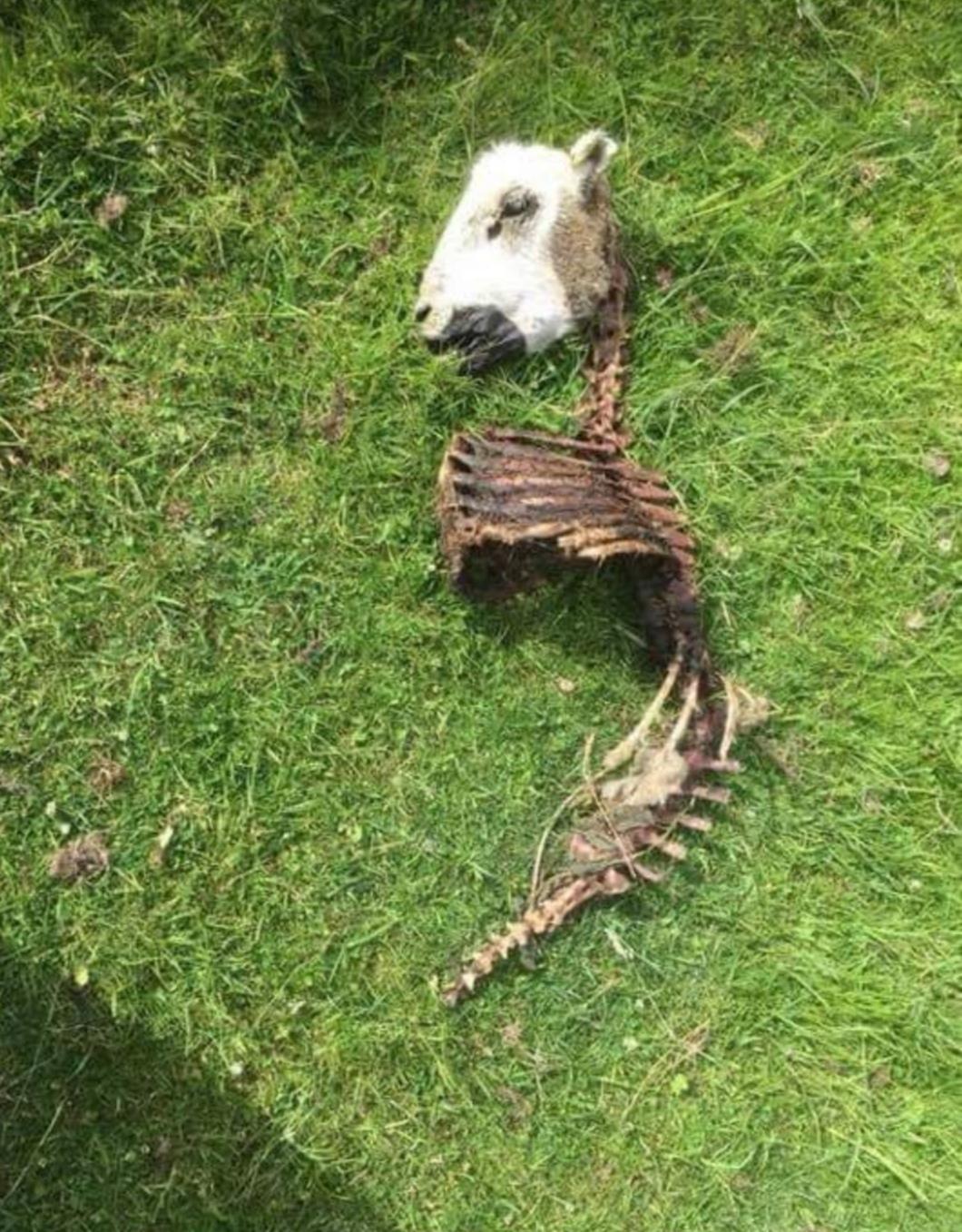 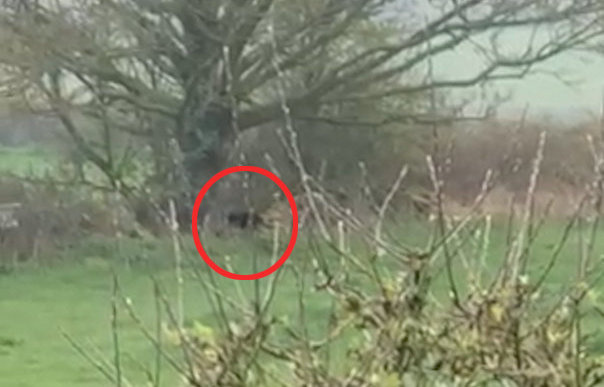 Farmers are worried for their livestock after the mutilated skeleton of an ewe was discovered on a footpath last Saturday near South Cerney, Gloucestershire.

Sheep farmer Francis Freeth, 57, had counted his flock of 110 the night before and received a call the next morning from a horrified walker.

Images show a sheep's head and not much more apart from its spinal column and some ribs.

It is understood to be the second ewe to be mauled to death in the past ten days.

Cops have confirmed they are investigating multiple reports of "black panther" sightings and said the sheep carcass was pulled over three 4ft tall fences and stripped away from its flock.

Ellie Haggart rang police after she spotted a large feline prowling towards her as she walked her French Bulldog Oscar in the village last Thursday.

It is thought the cat could be the "Beast of Broadwell", which has been spotted stalking Cotswolds villages for several years.

Ellie said the beast came out "into full view of the footpath".

The 27-year-old added: “I didn’t know what it was at first but I knew it was pretty big, I wanted to assume it was an extremely large dog.

“I soon realised there was no owner and then I could start to see certain defining characteristics of the animal like the feline movement of the shoulders and the difference in the shape of its legs compared to that of a dog.

“I don’t know if it saw Oscar and I, but it started prowling slowly in our direction. I was terrified.”

Gloucestershire police's rural crime team are investigating whether the sighting could be linked to the carcass of Francis' dead sheep.

Francis told The Sun: "I checked my livestock on Friday last week and counted them all there but on Saturday morning I received a phone call from someone who was out walking and had found one of my sheep mutilated.

"It was disgusting, only its head was left but not much more apart from its spine and a few ribs, it had been completely stripped bare.

"I'm quite annoyed really but there's not much you can do if a beast like that is attacking your flock.

"I'm just hoping it won't get anymore, but I wouldn't be surprised if it did as it's a ready supply of food for it."

It was disgusting, only its head was left but not much more apart from its spine and a few ribs, it had been completely stripped bare.

Officers appealed on social media with a photo of the sheep carcass and asked if it was connected to the big cat sighting.

The wildlife crime officer added the sheep was "Pulled over three stock fences 4ft in height from its field and stripped some distance away".

A Gloucestershire Police spokeswoman said: "Last Thursday (4 June) we had a call from a woman who thought she had seen a large black cat near to Wildmoor Way, South Cerney.

"A wildlife crime officer has also been in contact with a farmer after a sheep carcass was found in a field in Ashton Keynes."

Big cats such as panthers are capable of walking dozens of miles a day and are capable of climbing and hiding in trees which make useful hiding spots when they want to keep away from humans.