THIS is the moment cops stormed a Ryanair flight after a group of brawling passengers went "hell for leather" in a fight.

Footage shows cops escorting a man from the flight between Malaga and Manchester on Monday evening, after cabin crew tried to diffuse the drama. 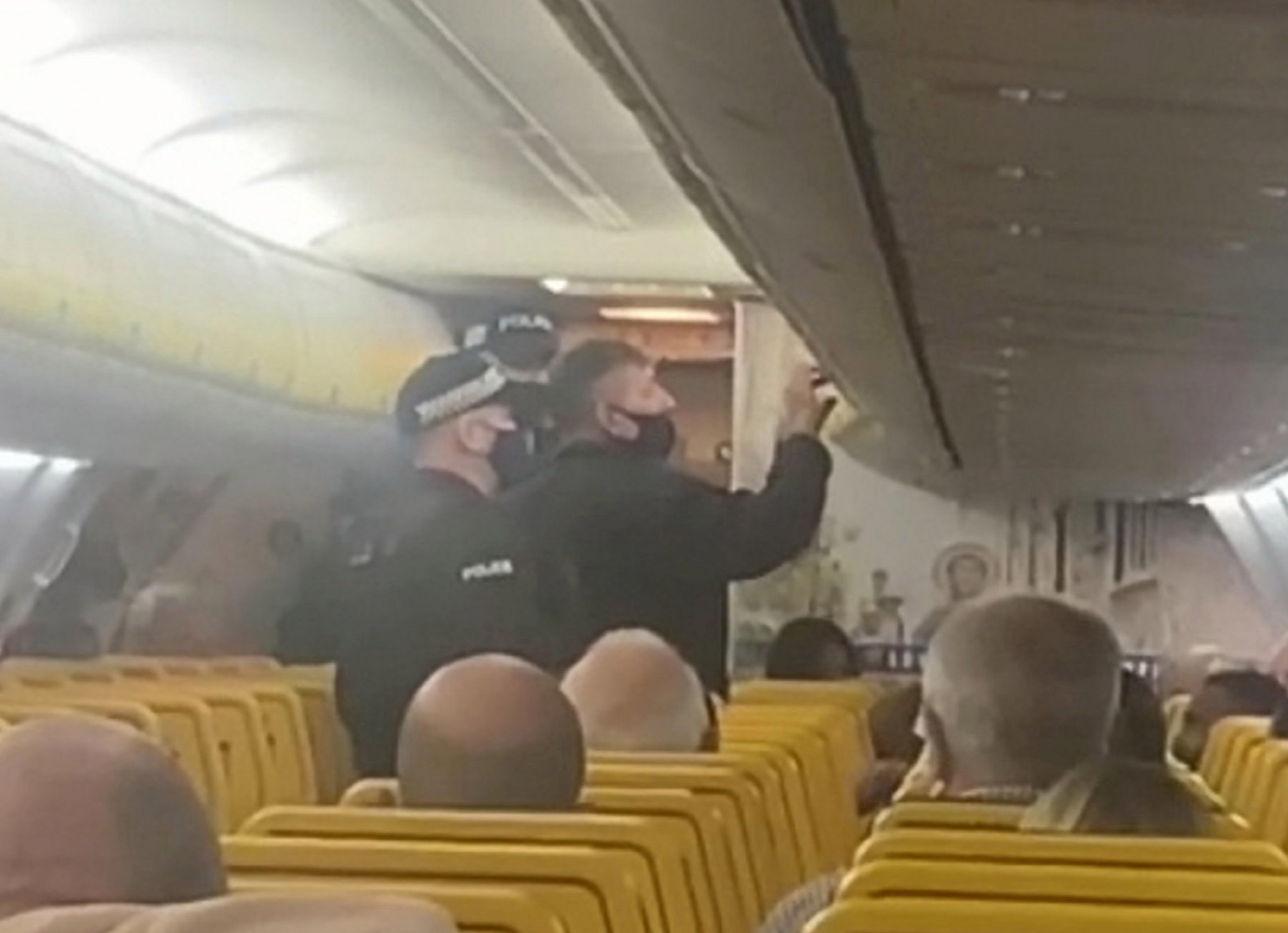 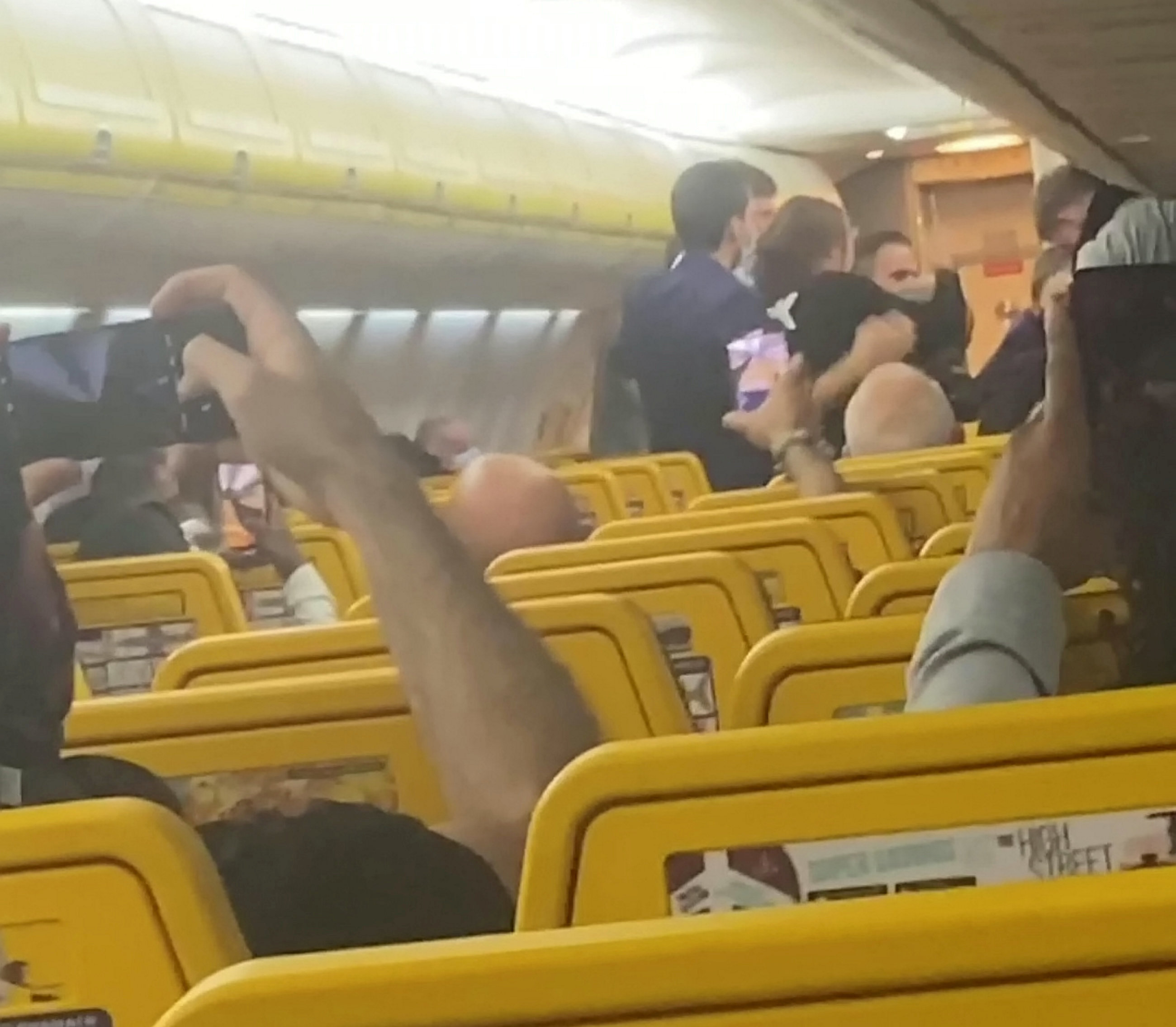 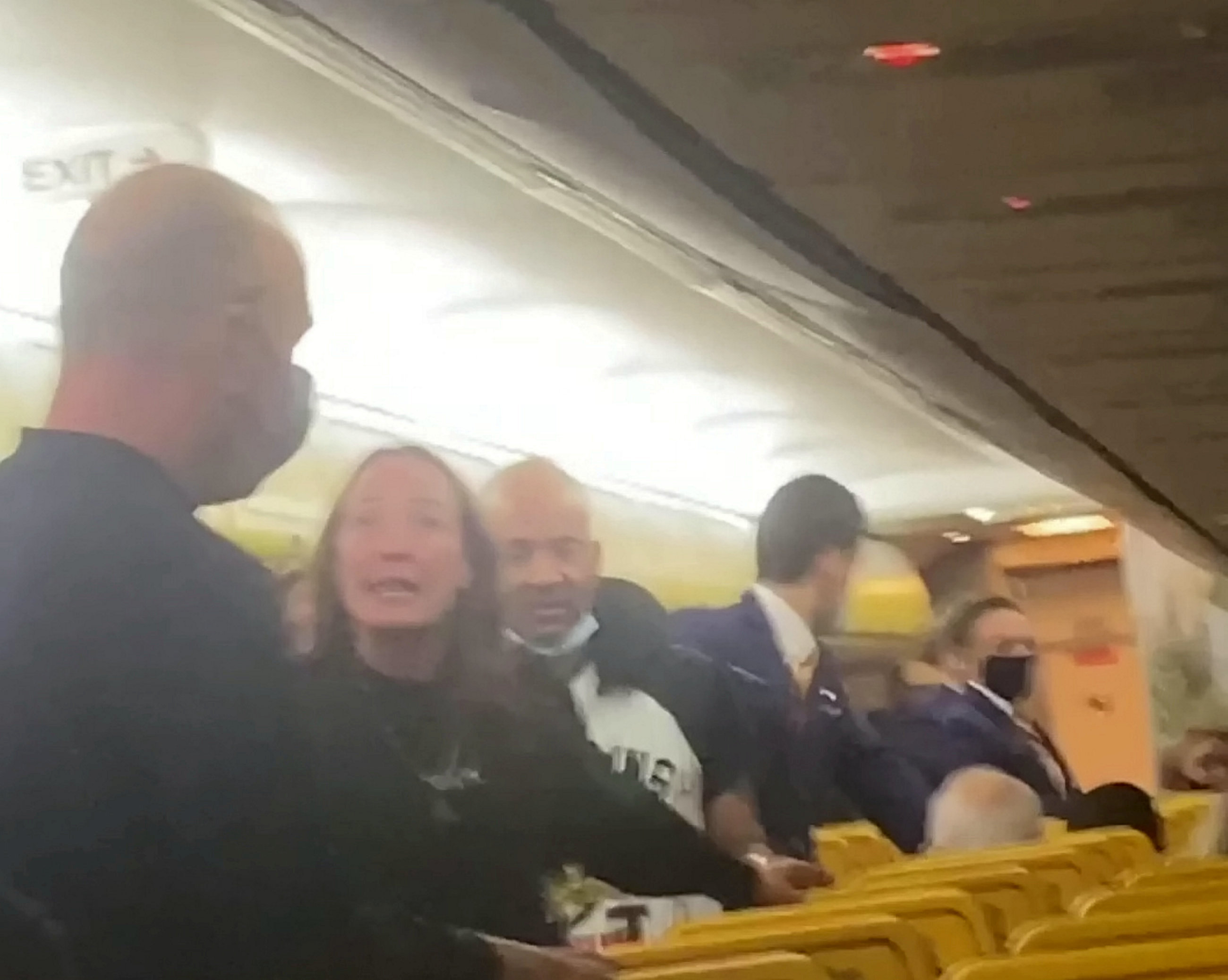 In the clip, filmed by a passenger on board, Ryanair staff can be seen desperately trying to separate a group at the front of the plane as they shout and throw punches.

The video shows one woman shouting at a man who is sat down – before she appears to beat him repeatedly.

Two men had run forward towards the fight before returning to their seats as a Ryanair steward forces the woman to go back to hers.

The two men are thought to have known the woman – as well as another female passenger who can be heard screaming their names, telling them to stop and "get back".

It wasn't a light slap or anything, she was going at him hell for leather.

Police are then seen boarding the plane, speaking to one man in particular at the front before escorting him to the exit.

Witnesses said the brawl erupted after a man allegedly threatened a female passenger.

And according to onlookers, cops removed the man who had been allegedly attacked by a woman, as well as her two male friends, before questioning those on board.

The passenger who filmed the fight and wishes to stay anonymous, said: "It was disgusting, really.

"We were about 20 minutes from landing and I'm not sure what happened but the woman in the black jumper started laying into this guy in a big way.

"It wasn't a light slap or anything, she was going at him hell for leather.

"Suddenly three or four people ran to the front and got involved – there were just fists flying everywhere!

"Some of them were really big guys and the Ryanair staff separated them eventually but at a point, they had completely lost control of the situation.

"The staff got the woman to sit down behind us so I asked her what happened and she said that a man had been making threats that he was going to kill her.

"The police came onboard and nobody could get off until they verified who was involved in the fight so we showed an officer our video footage so they could see who it was.

"The police got everybody involved in the fight to stay on the plane and we heard an officer tell the Ryanair staff that they could need to use tasers."

The Ryanair flight was just arriving at Manchester Airport on Monday evening when the fight kicked off.

A man can be seen at the end of the video footage asking a nearby passenger "what are you wearing, you tramp? Listen, do you wanna go?" before another woman holds him back.

A spokesperson for Ryanair said: "The crew of this flight from Malaga to Manchester (26 Oct) requested police assistance upon arrival after several passengers became disruptive shortly before arrival. This is now a matter for local police."

The Sun Online has approached Greater Manchester Police for comment.