The Paris team revealed earlier this month that several players had been diagnosed with COVID-19.

In a statement on Wednesday, the club said further tests had now revealed that some players “are carriers of lung lesions due to the virus“.

Stade Francais have now cancelled their friendly match against Toulon planned for 27 August.

The club said the affected players needed at least another week of rest.

The French rugby union season is due to kick off with Stade Francais hosting Bordeaux Begles on 4 September.

A lesion is a portion of an organ or tissue that has been damaged or abnormally changed and is often caused through injury or bacterial infection.

Earlier this year researchers in the US used virtual reality to reveal how coronavirus attacks the lungs.

Images from George Washington University Hospital in Washington DC painted a stark picture of the potential impact of the disease, which can be so serious that even patients who survive may be left with lifelong breathing difficulties. 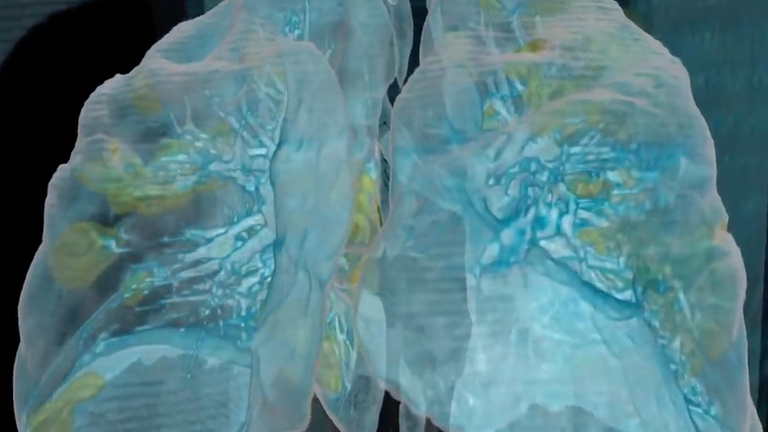 France was added last week to the UK’s quarantine list, meaning travellers arriving into Britain from there will have to self-isolate for 14 days.

The move followed a spike of coronavirus cases in France.

In French football, Ligue 1’s opening game of the season has been postponed after another three confirmed coronavirus cases at Marseille.

It takes the number of players and backroom staff who have contracted the virus at the club up to four after left-back Jordan Amavi tested positive last week.

Marseille were due to take on St Etienne in the season opener on Friday night, but the Ligue de Football Professionnel have now postponed the match.