CORONAVIRUS has seen Brits being told to keep at least two metres apart from others while outside.

But Northern Ireland has reduced the social distancingand recent reports suggest the Covid-19 restriction in England is to be relaxed too. 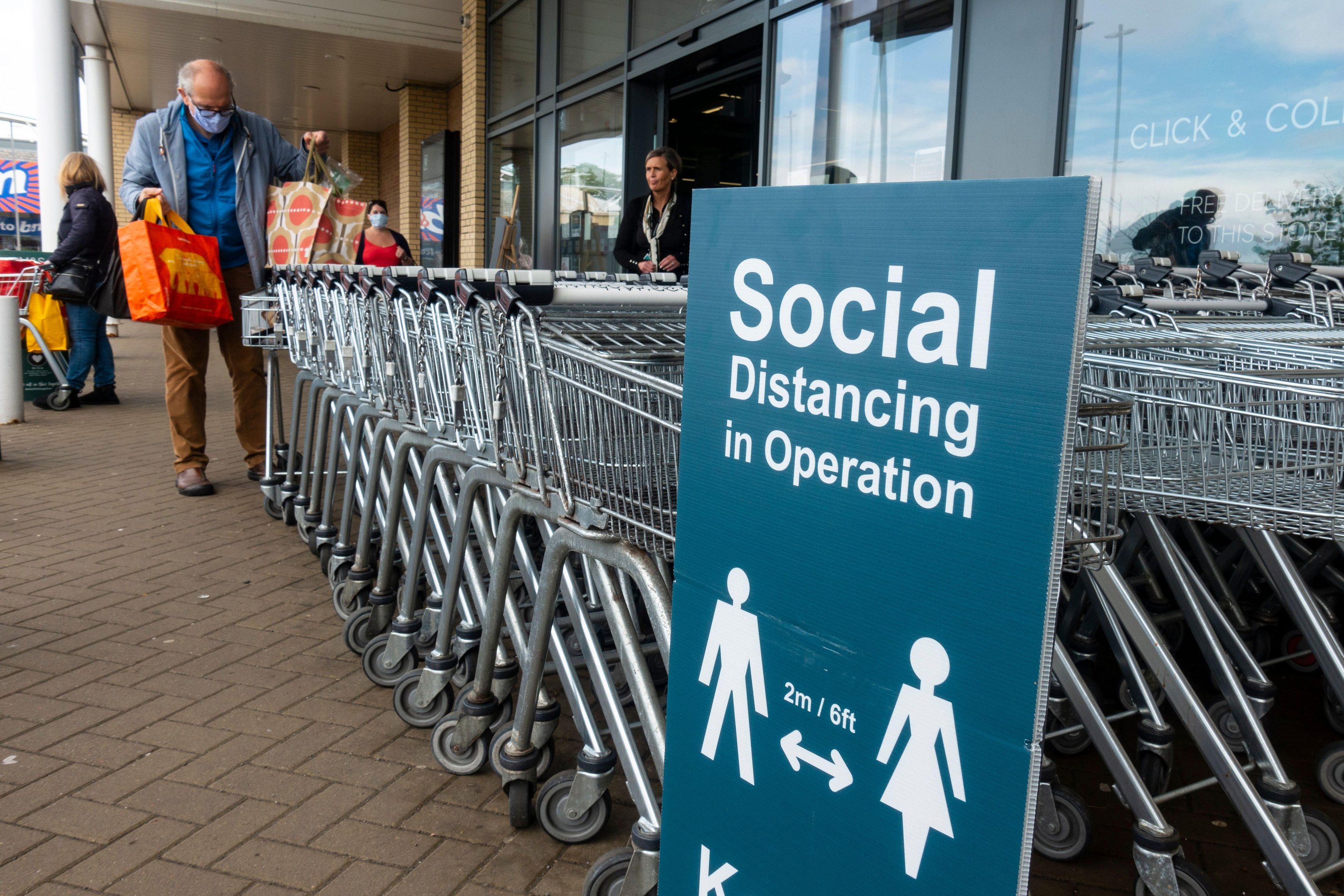 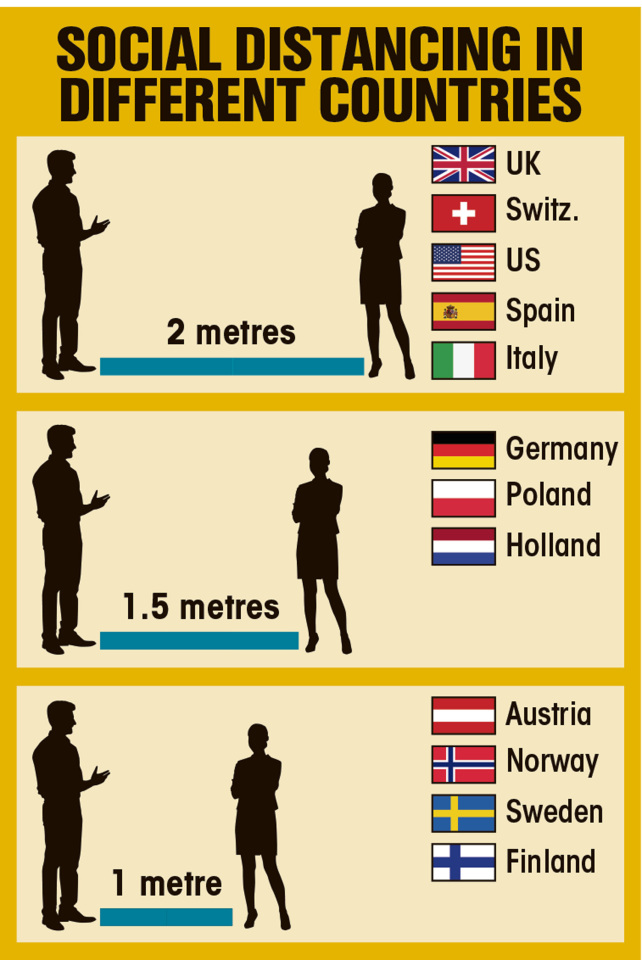 Has the two-metre social distancing rule been relaxed?

And the rule in England appears to have been relaxed after official government guidance now says it should only be followed “where possible” in workplaces.

The government has planned to scrap the two-metre rule by September at the latest, but appears to be shifting its position to allow businesses and schools to operate better.

Most cabinet ministers supported the idea of scrapping the rule, although the government seems to be wanting to take a more flexible approach to the two metre social distancing rather than scrapping it all together.

In Scotland and Wales the rule remains the same.

What are the new rules?

There had been fears the previous strict guidance was stopping workplaces and shopfloors from reopening.

The tweaks offers hope to the hospitality industry by signalling the Government is poised to relax the social distancing rules further in time for pubs and restaurants to reopen from July 4.

The updated guidance advises companies to take “all reasonable steps” to maintain two-metre distancing in workplaces and shopfloors.

But it has watered down the language on previous guidance that two-metres must be maintained at all times.

Now it says it must now only be maintained “where possible”.

What has Boris Johnson said about the two metre rule?

On June 19 Boris Johnson dropped a major hint he is on the brink of scrapping the two-metre social distance rule.

The PM said "watch this space" as he revealed he will be making "further changes" very soon during a visit to a primary school.

Previously, he said the falling numbers of coronavirus cases has given the government “more margin for manoeuvre” in easing the two-metre social-distancing rule.

He said it would be ministers, not the scientists, who would take the decisions on any relaxation of the two-metre requirement.

Mr Johnson said they were constantly looking at the evidence to see when it would be safe to do so. 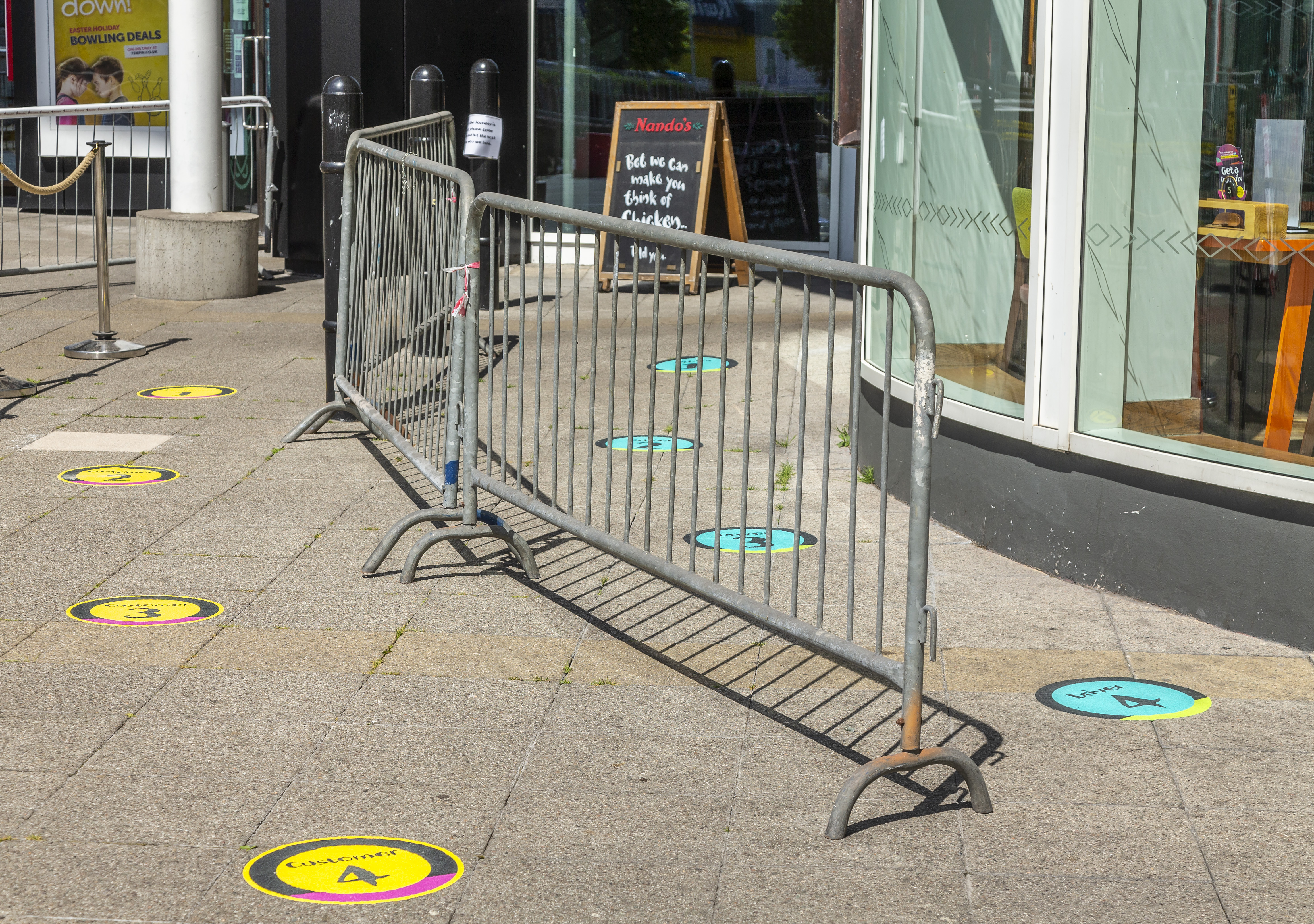 The PM spoke to reporters during a visit to Westfield shopping centre in London on Monday, to highlight the re-opening of non-essentials shops ans businesses.

He said: “As we get the numbers down, so it becomes one in a thousand, one in 1600, maybe fewer, your chances of being, two metres, one metre or even a foot away from somebody who has the virus are obviously going down statistically, so you start to build some more margin for manoeuvre and we’ll be looking at that." 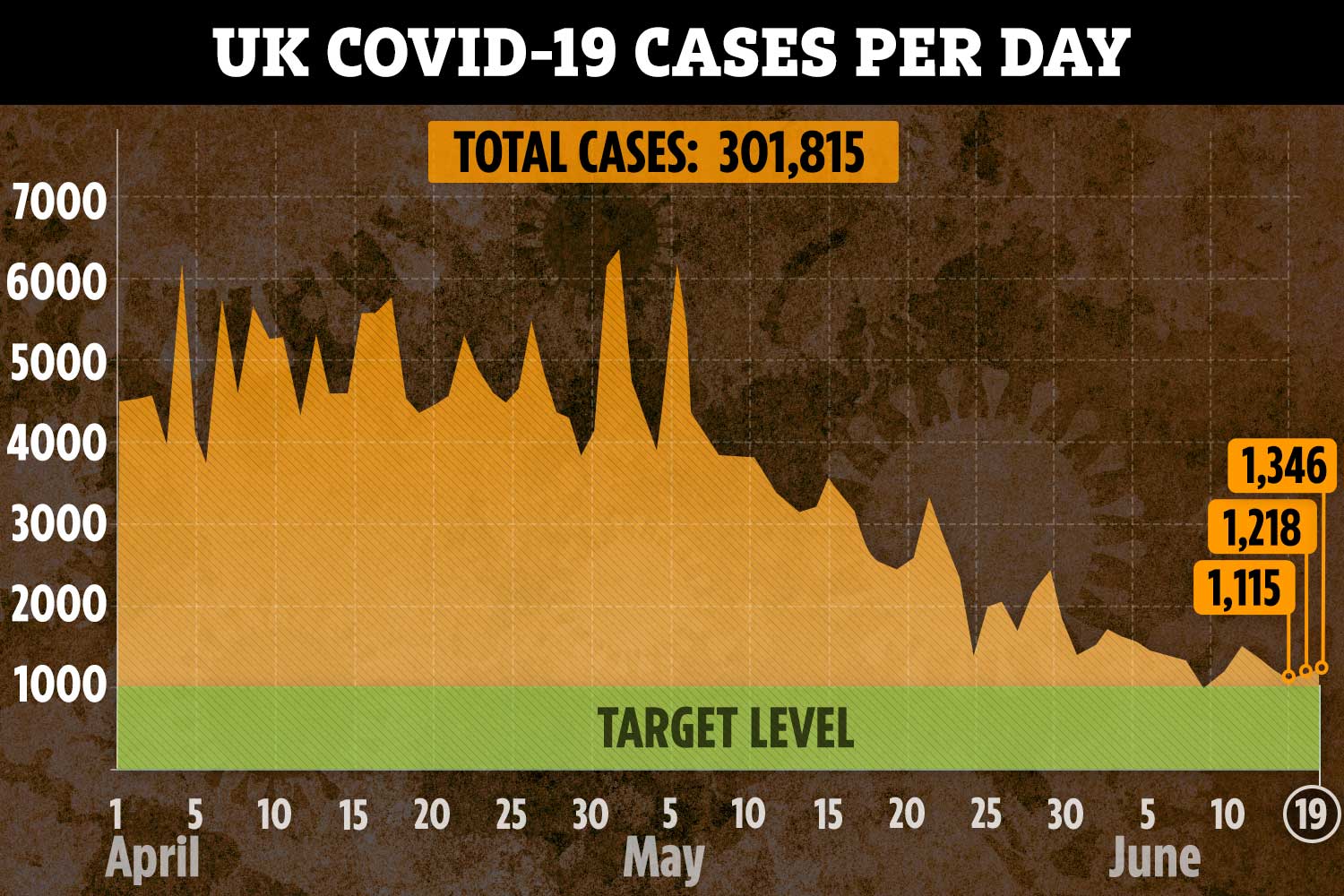 Recently, Mr Johnson has appeared to put pressure on members of the SAGE advisory group to rethink the two-metre social distancing rule.

In the House of Commons, he said: "Clearly, as the incidence of the disease comes down, as I think members of sage would confirm, the statistical likelihood of being infected, no matter how close or far you are from somebody who may or may not have the coronavirus, goes down."

Why was the two metre rule introduced in the UK?

To stop the airborne transmission of Covid-19 which is carried in droplets from coughs and sneezes of an infected person. It can even be spread by talking to someone close by.

Two metres has been judged as the safe distance to avoid being infected.

Coronavirus spreads when virus particles get into the body through the eyes, nose or mouth.

Another route for transmission of the virus is via contaminated surfaces, such as door handles that are touched by people with virus on their hands. 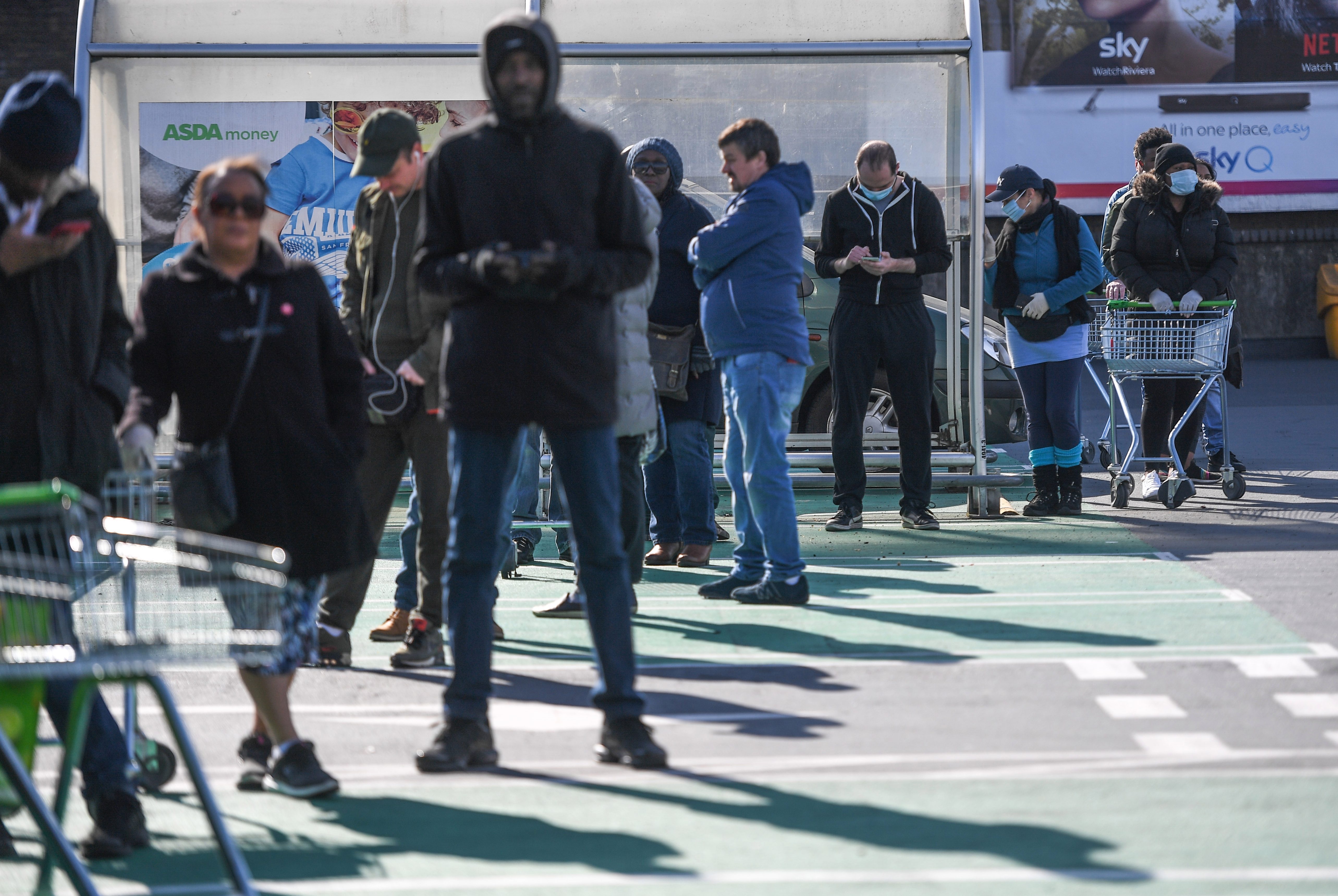 But experts from the University of Oxford have said that there is little evidence to support the restriction.

This is while experts at the University of Dundee also said there was no evidence to suggest two metres is safer than one.

Across the world different countries have employed different rules when it comes to social distancing.

In the US it is 1.8m, Australia 1.5m and France and Italy have just a one metre rule.