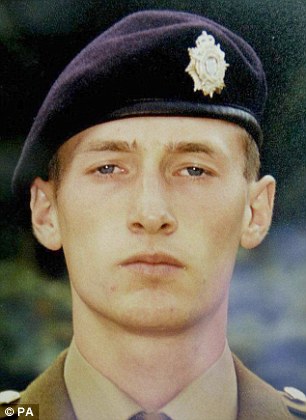 Private Sean Benton, 20, was found with five bullets in his chest at the Surrey base in June 1995

A coroner has today branded a police probe into the death of a soldier at Deepcut Barracks as ‘woeful’ with ‘fundamental failures’ as he prepared to deliver his verdict on how he died.

Private Sean Benton, 20, was found with five bullets in his chest at the Surrey base in June 1995, shortly after he had been told he was to be discharged from the military.

He was the first of four soldiers to have died there between 1995 and 2002 amid claims of bullying and abuse.

Coroner Peter Rook today said he was missing vital evidence because of the ‘woeful’ Surrey Police investigation which only began in earnest seven years after Pte Benton’s death.

‘The forensic evidence that would have existed to illuminate what happened was not gathered,’ he said.

‘There were as many as nine fundamental failures. The forensic evidence available to me was woeful. These were Surrey Police’s shortcomings.

‘It is clear the rumours about Sean’s death were many and varied. Some matters were not raised until the Surrey Police investigation in 2002 and 2003.’ 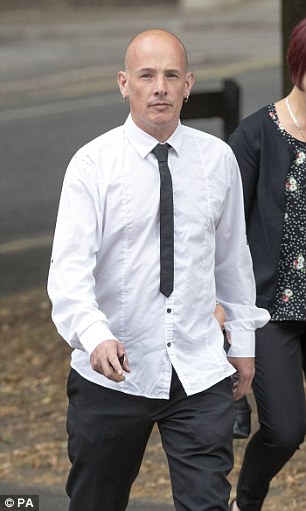 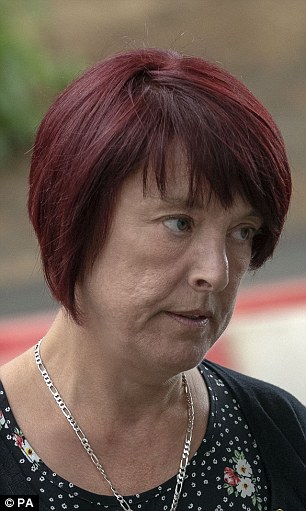 Private Benton’s twin brother, Tony Benton (left) and sister Tracy Lewis (right) arrive at the hearing today. They have been fighting on his behalf for years following their mother Linda’s death in May 2015

An initial inquest in July 1995 into Pte Benton’s death, just a month after he died recorded a verdict of suicide.

However, no evidence was given about his experiences at Deepcut.

Pte Benton’s family campaigned for years for a full investigation into his death amid allegations he suffered prolonged physical and psychological bullying with witnesses telling the inquest he was ‘humiliated.’

The allegations included claims he was shackled and pushed out of a window.

His mother Linda died in 2015, having never discovered the truth about what happened to her son. 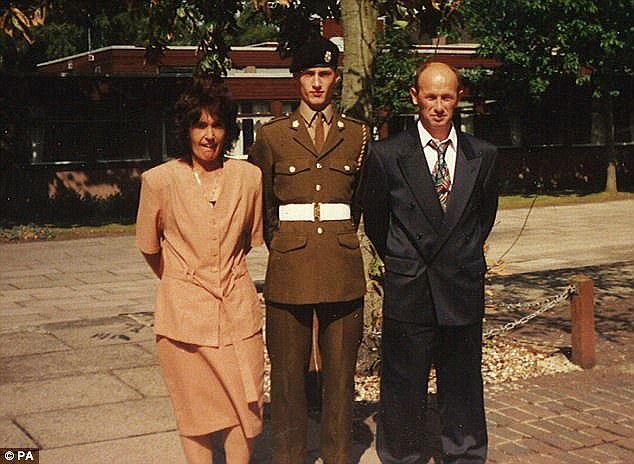 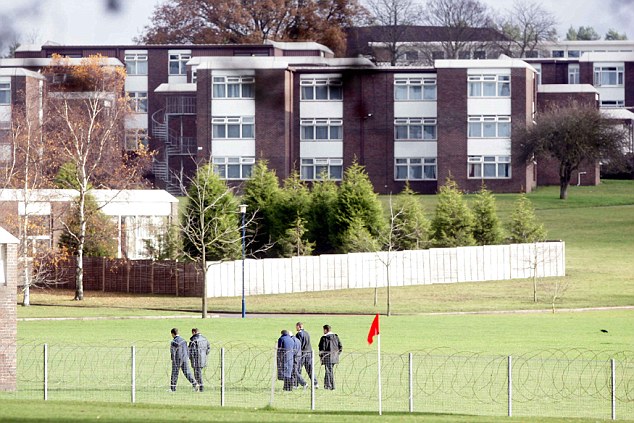 During the course of the inquest, the coroner has heard evidence of bullying and abuse at the barracks

However, the family’s bid for justice continued and they were last year granted a second inquest into the death, which has been held at Woking Coroner’s Court since January.

In his opening remarks, Mr Rook praised the witnesses who gave evidence, along with Pte Benson’s family.

His twin brother, Tony Benton, and sister Tracy have been fighting on his behalf for years following their mother Linda’s death in May 2015.

Brigadier Christopher Coles, the head of the army personnel services group, who was not involved in the command of Deepcut, arrives at the hearing today

‘Their parents have good reason to be proud of all their children.’

Their father died in 2011. The coroner also admitted there were evidential difficulties with holding an inquest 23 years after the soldier’s death.

He said: ‘Memories fade in time.

‘Some witnesses have died and some have not been traced.’

The coroner said the inquest was ‘not an inquiry into the Army at the time’ of Pte Benton’s death, which he said came during a ‘period of change for the military following the fall of the Berlin Wall’.

The first incident was seen as a ‘cry for help’. He took a second overdose a fortnight later, although a psychiatrist said there were no major causes for alarm.

Referencing evidence about his time at Deepcut, the coroner said the young soldier was described by colleagues as ‘cocksure’ and ‘likeable’, although he had run-ins with senior staff.

The coroner said: ‘There’s no doubt Sean was an engaging personality.’

During the course of the inquest, the coroner heard evidence of bullying and abuse at the barracks.

Former Deepcut soldier Amanda Maxted-Blain said she recalled Pte Benton, originally from Hastings, being punched by an instructor then kicked as he lay helpless on the ground, as well as facing verbal abuse and being ‘humiliated’. 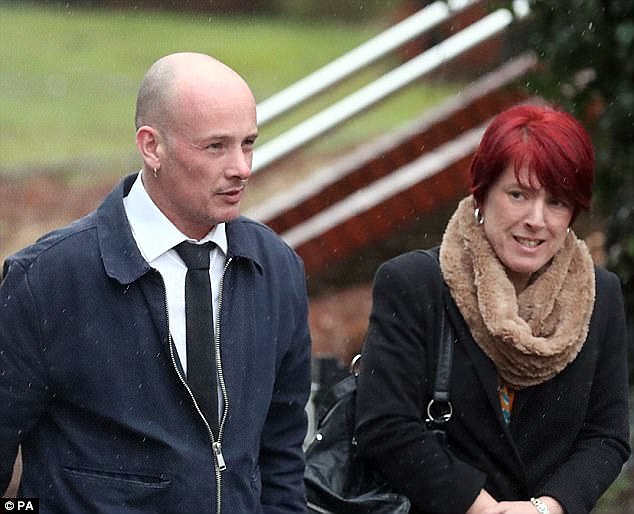 Tracey Lewis (pictured with Sean’s twin brother Tony in January 2018) told the court he had been ‘jailed’ for 10 days for breaking a window, ‘shackled, made to parade around the canteen…embarrassed and humiliated’

Benton was the first of four soldiers to have died there between 1995 and 2002 amid claims of bullying and abuse. Privates Cheryl James (right) James Collinson (left) and Geoff Gray (centre) also died from gunshot wounds

But retired Brigadier Paul Evans, who was in overall command of Deepcut from 1993 to 1996, told the inquest he would be ‘absolutely horrified’ to learn trainees were seriously bullied on his watch, and said he was not aware of any mistreatment of soldiers.

Pte Benton’s sister, Tracy Lewis, said before the coroner’s ruling: ‘This inquest has uncovered so much about what Sean’s life at Deepcut was like.

‘It’s awful to think of what he might have been through, but I’m grateful to all those who gave evidence to help answer questions my family has been asking for 23 years. 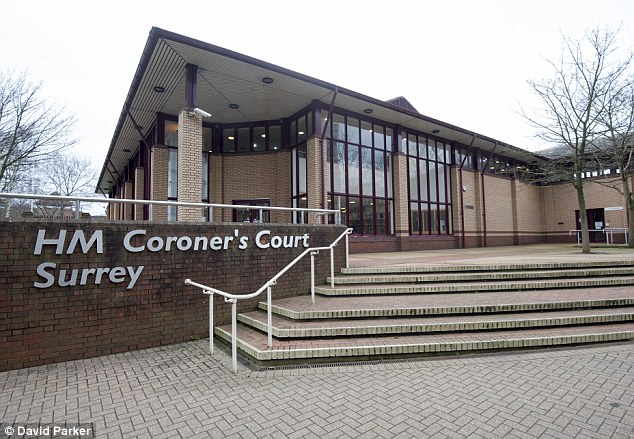 ‘This process has revealed just how fundamental the flaws in the first investigation were, and how right my mum was to keep fighting for the truth. The Army, the first coroner and Surrey Police let my family down terribly.’

Emma Norton, head of legal casework at Liberty and solicitor for the Benton family, said before today’s hearing: ‘Whatever conclusions the coroner reaches, the Army must reflect honestly and unflinchingly – not only on what happened in 1995 – but on the serious failings that still exist in the Armed Forces’ internal justice system, two decades on.

‘When things go wrong, soldiers need an independent body to turn to right from the outset. And the Army must be more open to independent investigations by civilian police.

‘The Army has nothing to fear from greater outside oversight. Without that we cannot be sure that other families won’t have to spend decades fighting for answers, as Sean’s have.’

Deepcut: A timeline of the events

April 1993: The Royal Barracks, Deepcut, an Army base since around 1900, becomes the home of the newly formed Royal Logistic Corps.

June 1995: Sean Benton is found dead with five gunshot wounds. The following month an inquest records a verdict of suicide.

June 2002: Families of the four soldiers call for a public inquiry

September 2003: Surrey Police concludes there are no grounds for prosecutions over the deaths of the four young soldiers

May 2004: The government rejects calls for a public inquiry into the soldiers’ deaths

October 2004 New allegations emerge of gang rape, systematic bullying and sexual harassment at Deepcut emerge in a police report. The government announces a review of the allegation led by Nicholas Blake QC, but doesn’t order a full public inquiry.

March 2006: The inquest jury looking into the death of Pte Collinson returns an open verdict

May 2009: The government again rejects calls for a public inquiry

March 2011: A review by Devon and Cornwall Police found Surrey Police failed to investigate fully a potential suspect, known as the ‘unknown white male’, in the death of Pte James

June 2016: The second inquest into Pte James’s death found the gunshot wound to her head was self-inflicted and intentional, and her death was suicide

October 2016: A High Court judge rules a fresh inquest can take place into the death of Pte Benton

January 2018: A fresh inquest begins at Woking Coroner’s Court into the death of Pte Benton