Could this ‘innocent’ photo hide a dark secret? Police share snap of woman cleaning window but say it could be clue to spotting victim of modern slavery

A seemingly innocent picture of a woman cleaning her windows has been shared by police as they ask neighbours to pay closer attention to one another.

What may appear to be an image of domestic bliss could in fact be a sign of something a lot more sinister, officers are warning.

Last year, there were more than 5,000 reports of people being kept as slaves inside family homes in the UK.

Concerned over the number of cases increasing, the serious warning has been put out by Avon and Somerset Police.

The most tell-tale sign of a person being held against their will or manipulated into low paid work, officers said, is seeing someone cleaning frequently, but never seeing them leaving their home.

Would this cause you concern? Police are warning people who never seem to leave the house and are always doing domestic tasks could be being held without money, friends or a way out

In what is known as domestic slavery or domestic servtitude the individual is often banned from leaving the home and have sometimes had their documents and phones taken from them.

Victims will lead very isolated lives and have no unsupervised freedom and no money.

When they are paid – they are usually charged the cash back in rent or bills.

Officers are asking people to report suspicious activity, including someone constantly caring for another person’s children.

Often, the same people are forced to sleep on the floor and have little privacy.

The National Crime Agency reported that 5145 potential victims were submitted through the National Referral Mechanism in 2017. Of those reported there were 116 different nationalities.

A police spokesman said: ‘We rely heavily on the public to be our eyes and ears, to be in the places we can’t always be in. 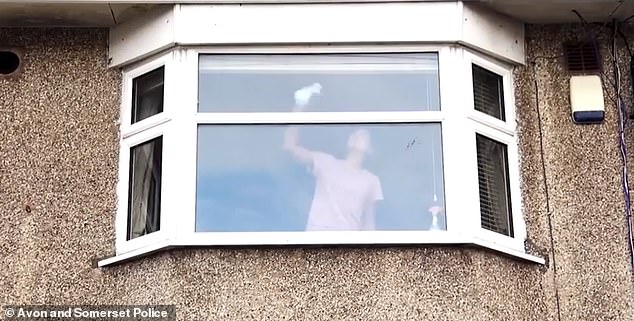 ‘Intelligence plays a huge role in our fight to tackle crime; information received from the public could be the missing piece of a puzzle or break-through in a case.

‘Modern day slavery is happening across the UK and we need your help to protect some of society’s most vulnerable people, who all too often don’t have a voice.’

Modern day slavery is the movement and trade of people of any age, often for the purpose of exploitation.

Police are urging people to call if they have any information on 101 or anonymously through the Modern Slavery Helpline on 0800 121 700.