Countries rally behind WHO after Trump suspends payments

Berlin: US President Donald Trump's decision to temporarily suspend payments to the World Health Organisation in response to its handling of the coronavirus pandemic triggered international statements of support for the United Nations agency on Wednesday. 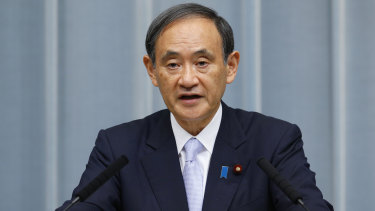 While Trump's criticism of the WHO is being shared by others, who argue that the agency is unwilling to hold Beijing sufficiently accountable for its mistakes, close US allies said Wednesday they vehemently disagreed with a suspension of payments and were not planning to follow suit.

In Japan, where Deputy Prime Minister Taro Aso suggested last month that the WHO might have to change its name to the “Chinese Health Organisation" amid criticism of the agency, the country's chief cabinet secretary, Yoshihide Suga, said Wednesday that Japan would continue to cooperate with and fund the WHO.

New Zealand Prime Minister Jacinda Ardern rejected Trump's criticism more forcefully. "At a time like this when we need to be sharing information and we need to have advice we can rely on, the WHO has provided that," she said. "We will continue to support it and continue to make our contributions."

Prime Minister Scott Morrison echoed concerns voiced by Trump and others by saying the WHO is “not immune from criticism,” but he added that the organisation "does a lot of important work." 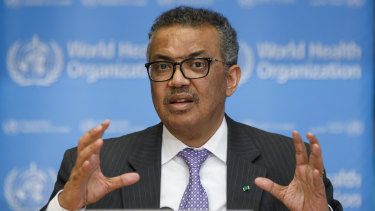 Tedros Adhanom Ghebreyesus, the director general of the World Health Organisation has been criticised by Taiwan for being too close to Beijing.Credit:AP

"There is no reason justifying this move at a moment when their efforts are needed more than ever to help contain & mitigate the #coronavirus pandemic. Only by joining forces we can overcome this crisis that knows no borders."

In what appeared to be a veiled response to Trump's funding suspension, WHO Director General Tedros Adhanom Ghebreyesus wrote on Wednesday that there "is no time to waste" and that the organization's "singular focus is on working to serve all people to save lives."

Trump's move has predominantly been seen by his critics in the United States as a ploy to distract from criticism of his own handling of the crisis – a point that was widely referenced abroad on Wednesday.

The chairman of the Russian State Duma's foreign affairs committee, Leonid Slutsky, called Trump's move "absolutely harmful" on Wednesday and an example of "egoism and the politicisation of COVID-19." The move was aimed at blaming others for US failures, said Russian Foreign Ministry spokeswoman Maria Zakharova.