Couple locked up in France after being accused of people smuggling

A British couple fresh from celebrating their engagement were held in a French jail jail for two days when an Iranian teenage migrant was found in their car boot.

Sam Hemingway and Jordan Valentine were wrongly accused of people smuggling by immigration officials in Calais.

They were returning to the UK after Mr Hemingway, 23, proposed to Ms Valentine, 20, during their holiday.

As they were set to board the ferry, border staff found the teenager in their vehicle before allegedly denying them a solicitor, interpreter and even food. 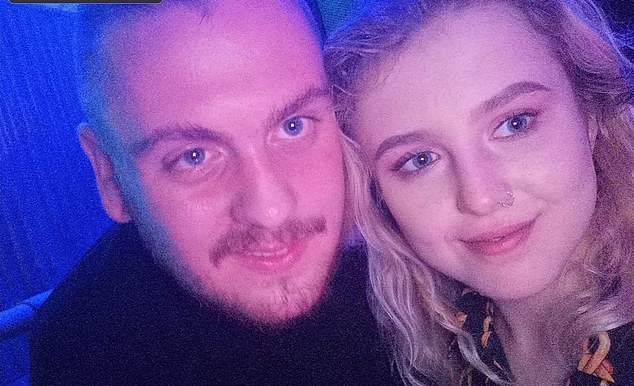 Mr Hemingway, a hotel chef, told The Sun: ‘We were treated appallingly and we had done nothing wrong. We were denied all sorts of simple human rights.

‘We tried to explain there was a fault with the car, that the boot didn’t shut properly and that’s how he got in. He was a 16-year-old from Iran they told us.

‘Then all of a sudden after two days the police released us with no apology saying the case had been dropped.’

Restaurant boss Ms Valentine, who suffers from mental health problems, was asked if she wanted to see a doctor.

Mr Hemingway told The Times that his partner told police she had self-harmed in the past and asked them if she could see a doctor.

He alleges that they stood back and laughed as she scratched at her arms in the jail cell. 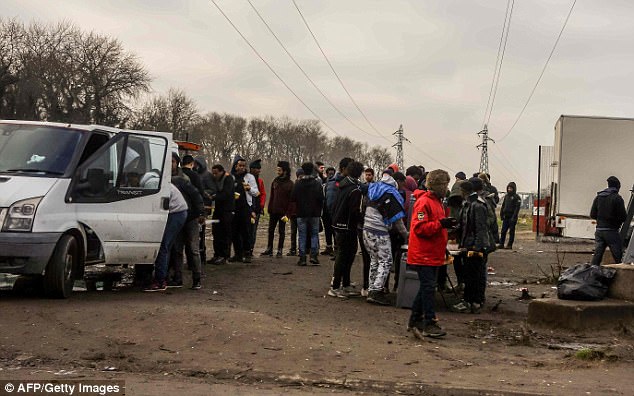 Pictured: Migrants in Calais line up during a food distribution from aid associations in January last year

Though she said that she did want one, the couple say a doctor never materialised. Border officials released them when they found that the vehicle’s lock was easily bypassed.

Mr Hemingway said that he wasn’t angry at the stowaway, adding: ‘I understand why they do it.’

But he said he was ‘disgusted’ at the way french police treated them. The couple from Wrexham, North Wales, plan to marry in November.

They spoke to the Foreign Office following the incident in June, but the couple decided that they could not win a fight against the French police.