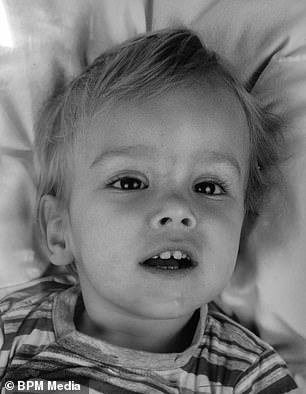 A desperate couple reeling from the loss of their severely disabled son say their lives have been a ‘nightmare’ since being left with just £20 a week in Universal Credit to survive.

Sabrina McCarl and her partner Marco Simoes have struggled since four-year-old Tiago McCarl-Simoes died from pneumonia in 2016.

Mr Simoes, from Portugal, has been refused Universal Credit despite having previously worked in the UK, while Ms McCarl’s monthly allowance leaves the couple and their surviving son, Ruben, with a paltry sum to live on.

Now their family risks being torn apart as construction worker Mr Simoes contemplates working back in Portugal, despite leaving 11 years ago.

The couple, from Birmingham, have suffered from depression after Tiago’s death.

Mr Simoes, 36, said: ‘We’ve tried to do everything the correct way, but Universal Credit is the biggest mess ever.

‘I was receiving benefits as normal as our son’s joint carer, he was very, very ill until he passed away. I’d also worked and paid tax in the UK in construction jobs removing asbestos. 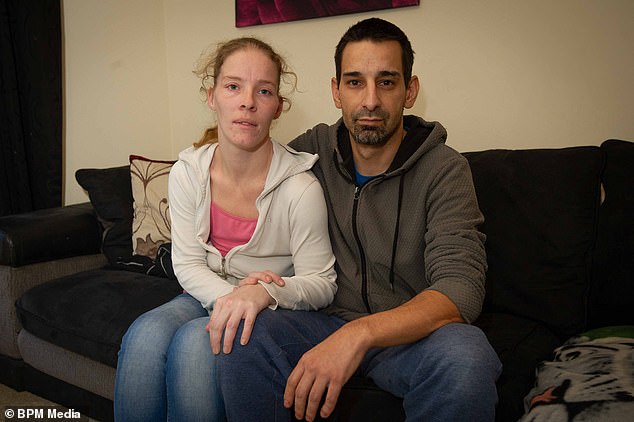 ‘After our son passed away we moved houses and I was told to apply for Universal Credit.

‘I showed them all the documents and paperwork, right down to my NHS number, but they decided I wasn’t entitled to anything, even though everything was fine before.

‘It’s been a nightmare. We only survive on my partner’s money, we can’t afford clothes and I haven’t had £10 in my wallet for the last year.

‘I’m trying to find work and waiting to see what happens with Brexit but it’s looking like I’ll have no choice but to return to Portugal and leave my family behind.’

Mr Simoes, who previously claimed Employment and Support Allowance, has needed surgery on his hand to remove tumours but requires further treatment as well as monitoring to ensure they are not cancerous.

Ms McCarl, 30, receives Universal Credit for her diagnosis of depression and anxiety, amounting to just £900 a month.

But after utilities and rent, the couple – along with six-year-old Ruben – survive on less than £10 a week each.

‘By the time we’ve paid the bills we barely have £20 to £30 a week to spare, and much of that is taken up with bus fares,’ said Ms McCarl.

‘I’ve had to turn to family to borrow money and to foodbanks. We don’t care about ourselves, we just want to give our son the best start in life.

‘We’ve told them about our bereavement and how we have struggled since but it’s made no difference, they just don’t take into account your needs.’