The number of new cases is now at 48,000, meaning more than 10million have tested positive overall. 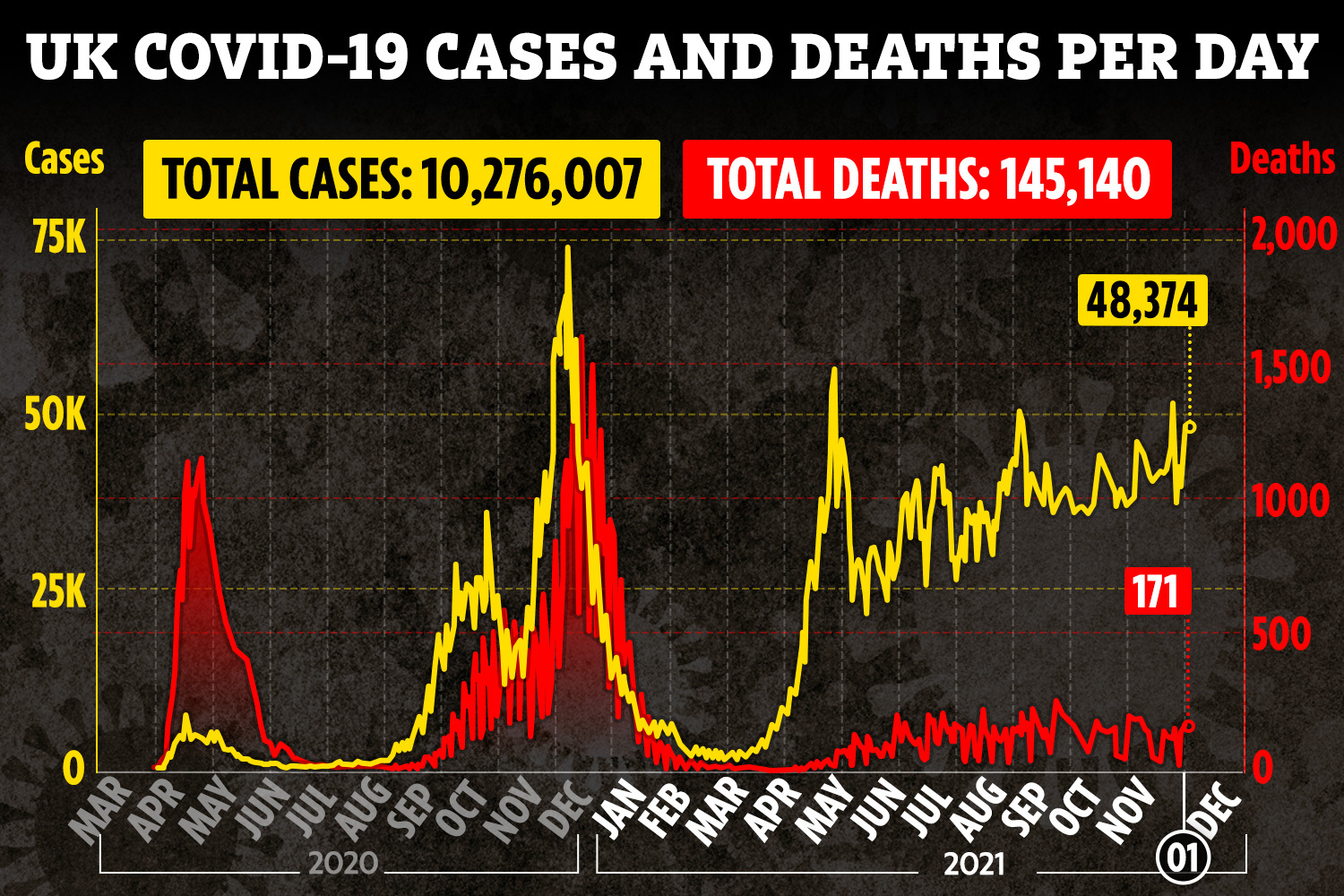 A total of 144,969 people have now died within 28 days of a positive Covid test result in Britain.

The figure for deaths was 11 per cent higher than last Wednesday, when 149 were recorded.

It comes as the dreaded Omicron variant spreads across Britain, with the number of cases in now at 32.

Hospitals have fewer virus patients than this time last week – 7,634, down from 7,911 – but the figure has risen since Monday.

Omicron cases have now been identified in the East Midlands, East of England, London, South East and North West.

The variant appears to be more transmissible, while tests continue to see whether it causes more severe disease or if vaccines are less effective against it.

"It is very likely that we will find more cases over the coming days as we are seeing in other countries globally," said Jenny Harries, chief executive of the UK Health Security Agency.

The Deputy Chief Medical Officer Professor Jonathan Van-Tam has described the strain as the "new kid on the block", adding scientists from around the world have been left concerned.

He told a Downing Street briefing: "It’s always been the case that at some point, we’ll get a variant that gives us heightened concern.

"We are at that moment with Omicron."

Officials are now desperately trying to stop the spread, with Brits urged to "be vigilant" in order to save Christmas.

Ministers have pledged to remain on the “front foot” in the fight against the super spreading variant, vowing to give millions of Brits their Covid booster jab early.

Health Secretary Sajid Javid said the Omicron variant "may have given the virus extra legs" in the race against vaccines but can be defeated.

He also insisted new restrictions including mask wearing and travel curbs will be ditched if the strain turns out to be a false alarm.

Government scientists confirmed an extra 13 million over-18s will become eligible for a third shot of the vaccine before the end of the year.

Kids aged 12 to 15 will also be offered a second dose of the vaccine, in an attempt to shore up the nation’s immunity in the face of the worrying new strain.

Experts hope cutting the gap between the second and third doses of the jab from six to three months will allow the UK to get ahead of the new Covid variant. 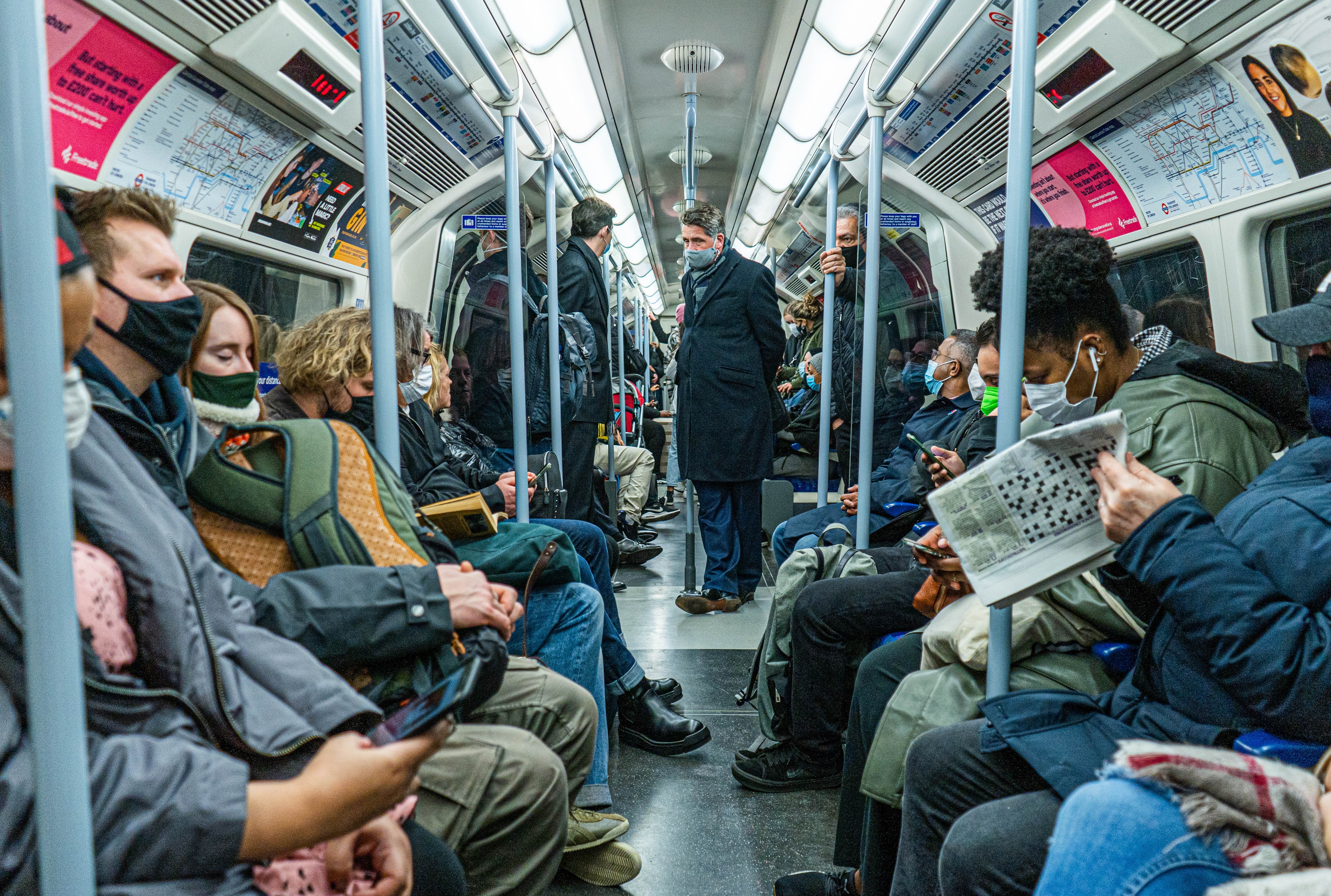