Traffic camera footage from Licang City, China, shows the woman waiting behind a row of shrubs by the roadside. 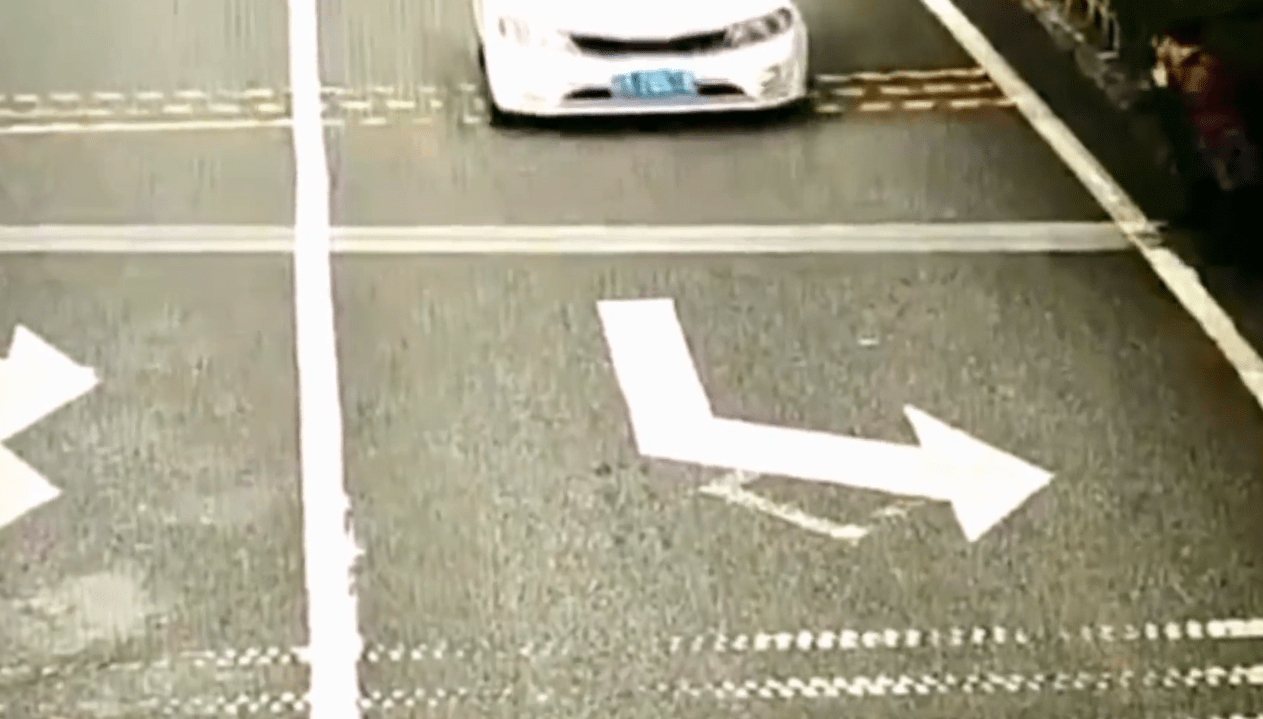 She appears to have targeted the white sedan as her next victim and waited for the slow-approaching vehicle to pull up next to her.

The video shows the woman dashing into the street and throwing herself on to the road in front of the car in a scheme known in Chinese as ‘peng ci’ – literally "touching porcelain".

Drivers usually brake and collide slightly with their victims, who then feign injury and demand compensation for their injuries.

But the suspected scammer mistimes her stunt and ends up slamming her head against the bumper, the impact then sending her flying back to the roadside. 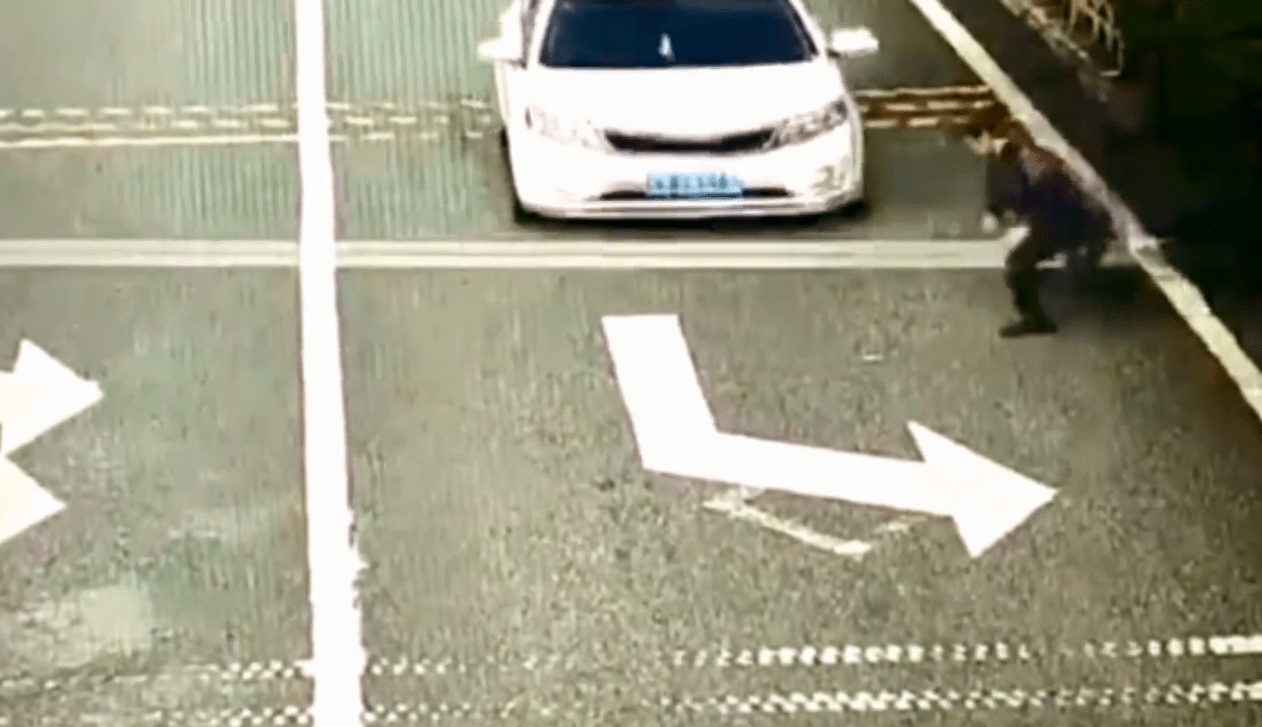 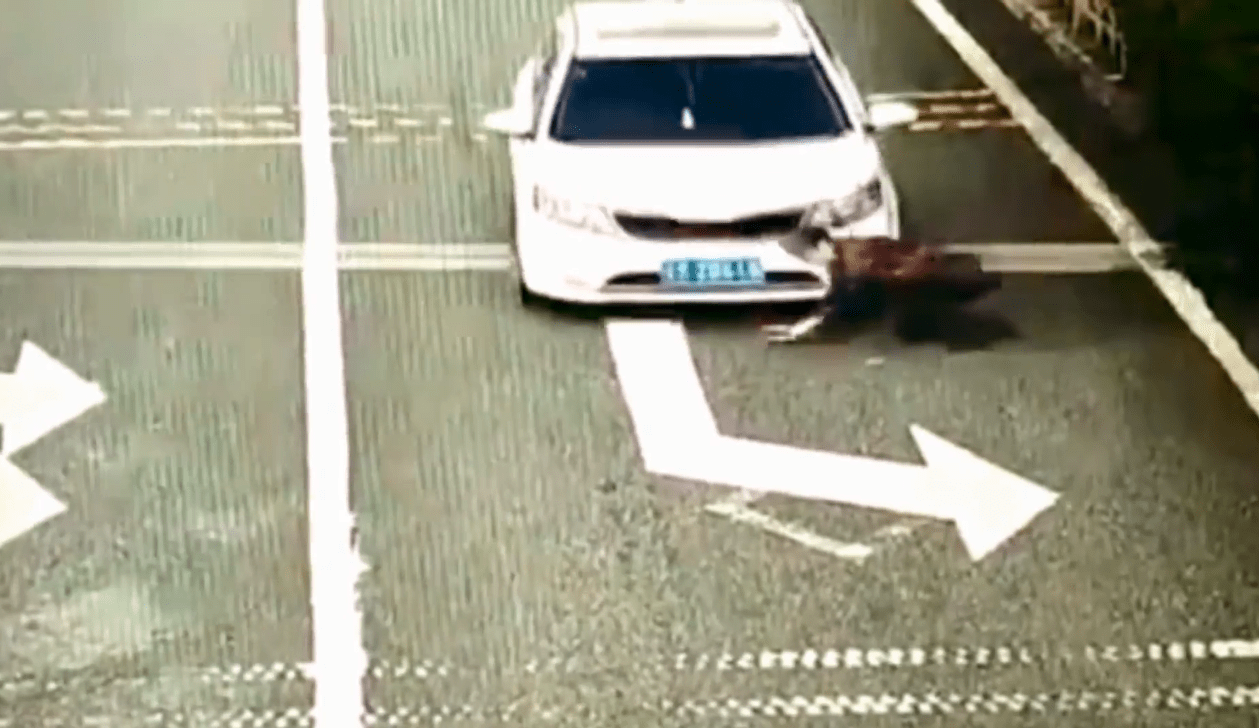 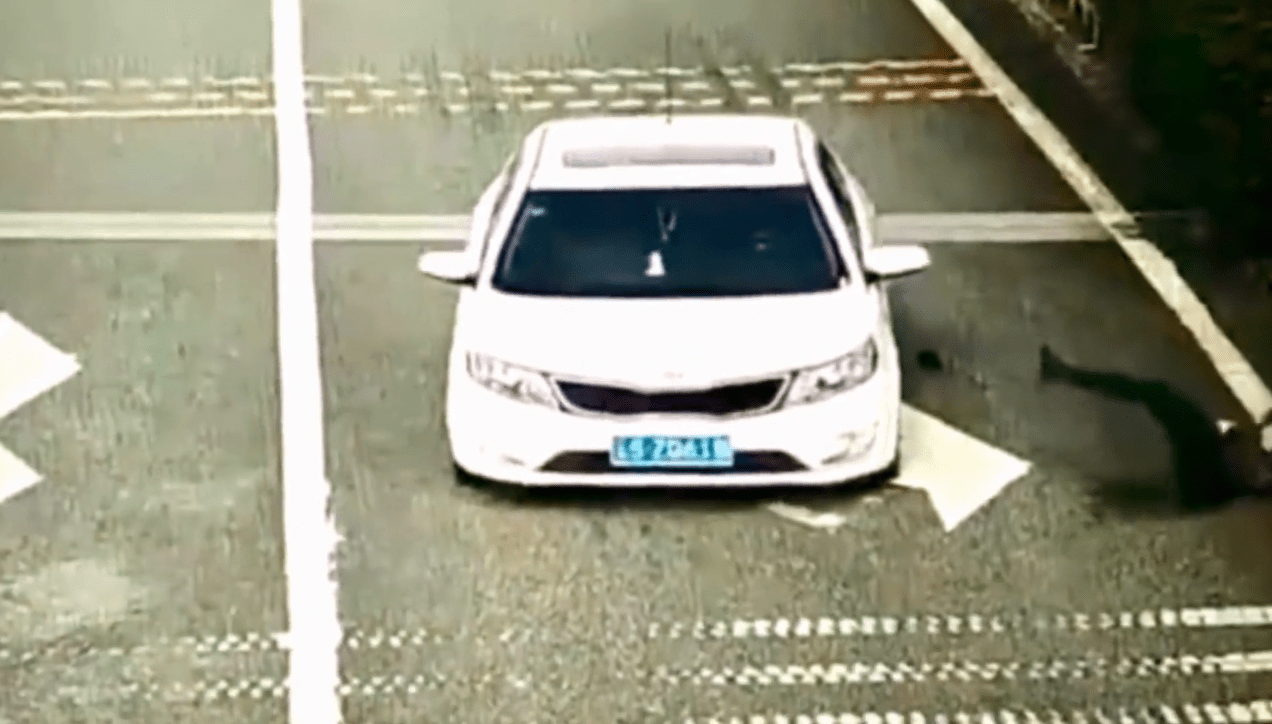 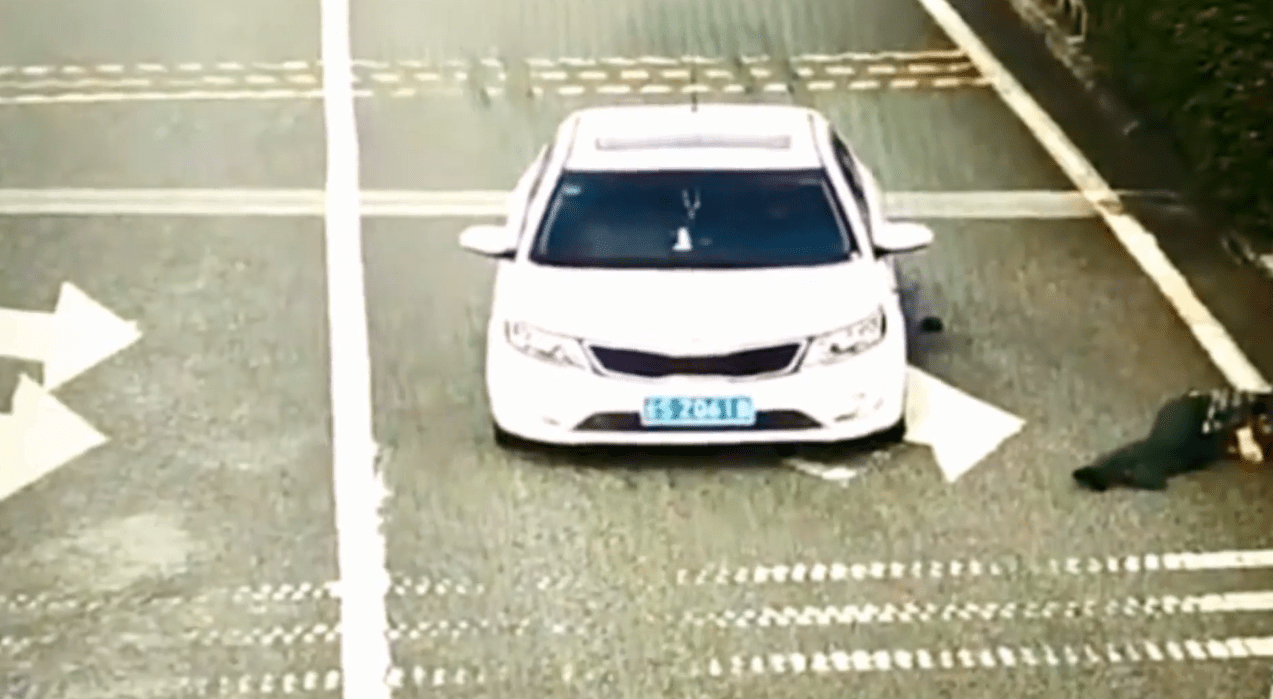 The video shows the woman spinning 180 degrees and rolling on the road with reportedly serious injuries.

Local police are believed to be investigating the incident.

If found guilty of a scam attempt, the woman would receive no compensation for the crash.

It is still unclear whether the vehicle was equipped with a dashcam.

This kind of scam isn't unique to China. Last year footage emerged of a woman throwing herself to the ground 20 feet from a moving vehicle in a similar compensation bid.

Footage from closer to home shows a Nottingham man chucking himself off his bike before a car reaches him in April.