Around 180 gangs now operate in London and are recruiting primary school children to their ranks, the head of the Met Police has revealed.

The capital has seen a surge in the murder rate this year, with 127 homicides already recorded and some areas becoming battlegrounds of tit-for-tat shootings and stabbings.

Cressida Dick, the Commissioner of the Met Police, today insisted that increasing stop and search checks and deploying armed officers to some areas is ‘turning the tide’ on spiralling violence.

But she warned that rooting out ‘entrenched’ gangs around the capital will take ‘a long time’.

She said: ‘The police alone cannot do this. To stop five, six, seven, eight, nine, ten, 11-year-olds being dragged into criminal gangs and becoming gangsters themselves is a big, big project and it may take a long time.

‘We’ve got about 180 gangs in London and they are quite entrenched some of them and they are busy bringing children in.’ 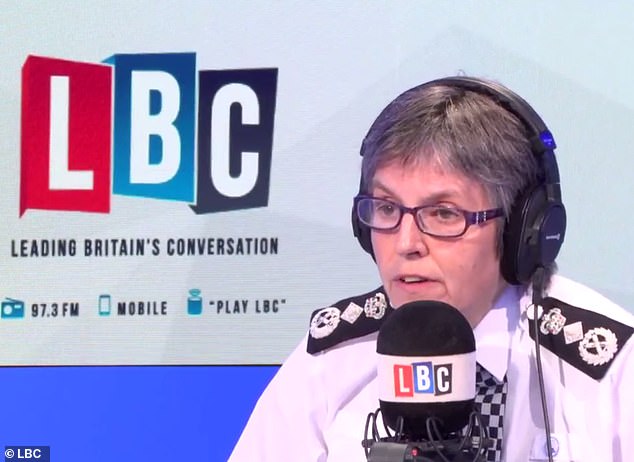 Cressida Dick, the head of the Met Police, said that there are 180 gangs in the capital ‘working hard’ to recruit young children 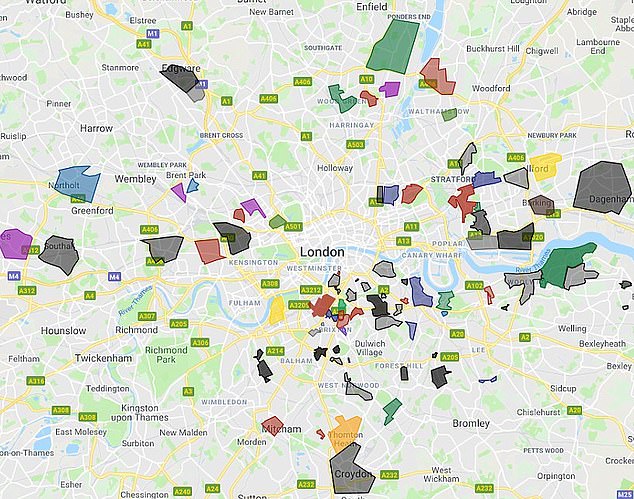 However, she insisted knife injuries among under 25s were starting to drop after police increased the use of stop and search powers and diverted road police officers to troubled areas.

The Commissioner backed the use of ‘tactical contact’ by police, which has seen police drivers knocking into moped muggers who refuse to stop.

During a phone-in on LBC radio, Ms Dick was also asked about Joshua Gardner, who attacked a motorist with a zombie knife in south London, but walked free from court on a suspended sentence.

The Commissioner said police had referred the case to the Attorney General, who can bring appeals against sentences which are considered ‘unduly lenient’. 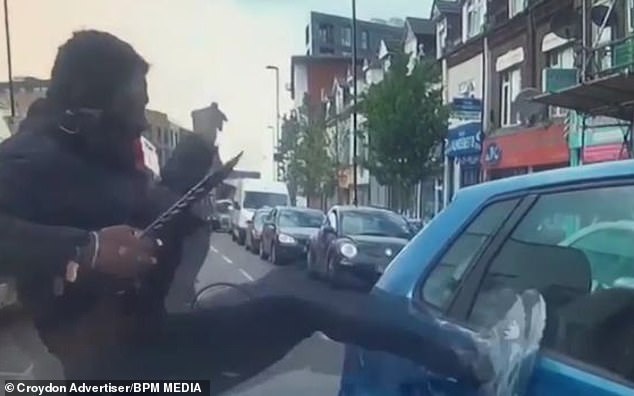 Police have referred the case of Joshua Gardner, who walked free from court on a suspended sentence for wielding a zombie knife, to the Attorney General for a possible appeal

Ms Dick also defended the actions of acting deputy commissioner Craig Mackie, after he was criticised for being driven away from the scene of the Westminster terror attack.

Cressida Dick today defended the actions of acting deputy commissioner Craig Mackie, after he was criticised for being driven away from the scene of the Westminster terror attack.

She said: ‘It’s very clear Craig Mackey could not have prevented, sadly, Keith Palmer being killed, nor would it have been helpful if he had got involved at that stage”.

She added: ‘It’s perfectly plausible that if he had got out of the car, he might have gotten in the way of the fantastic firearms officers which actually shot Masood, he certainly wouldn’t have been able to save Keith’s life, and I think that a lot of the comments about this are ill-informed.’

Following a separate question, she said that people filming attacks on police and mockingly posting the footage online was ‘absolutely awful’.

She said: ‘Officers getting assaulted and people thinking that’s funny and putting it on the internet – I think that’s disgusting.’

Last month a video of two officers being attacked in Merton, south London, was shared thousands of times after a passing driver stopped to film the assault and posted it on Twitter with the caption ‘south London at night…lol’.

The officers had stopped a car and were attempting to arrest the three occupants, but one ended up being dragged around in the road while the other took a flying kick to the chest and landed feet from the path of a moving bus.

Eventually they arrested one of the men with the help of a passing motorcyclist.

Ms Dick encouraged members of the public to step in if they see a police officer being attacked and feel they can help. 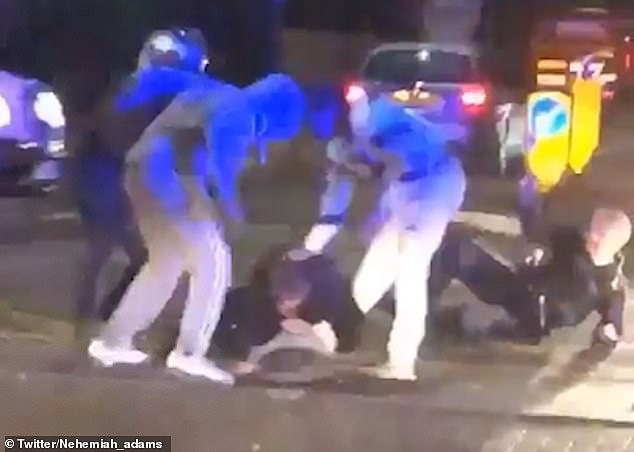 Ms Dick said she wants the public to get involved if they see an officer ‘getting a kicking’. Her comments come after shocking footage officers being attacked in Merton

‘People stand up and say ‘that’s not right, don’t do that’ and on occasion, if they feel able, get involved and do something physical.

‘You have to look at the circumstances. If there’s a man pointing a gun at you we don’t want you running at the man pointing the gun, that would be crazy.

In the wake of the Merton attack, chairman of the Metropolitan Police Federation Ken Marsh warned that officers might be forced to let violent suspects go.

He said: ‘Are we now in a society where, if we think we can’t detain somebody, we just let them go? It’s just not worth it.

‘We’re going to come to a point where we’re going to start pushing messages out to our colleagues, ‘Risk-assess it dynamically and, if you think you can’t detain a person, just let them go’.

‘We don’t come to work to get assaulted, and if we’re not going to be backed up in what we’re doing then what is the point?’

The male officer suffered cuts and the female officer was left with head injuries after the assault.