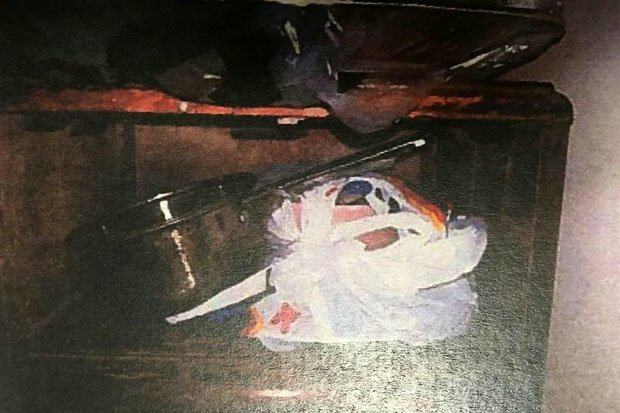 Mr Thomas said: “Police were surprised when [the victim] emerged from the cupboard under the stairs. He looked dishevelled.”

PC Roger Ibrahim said he was found with “sores on his feet”.

Officers found documents including the victim’s ID card, bank card, financial papers, and multiple phone contracts in a bedroom used by the pair. 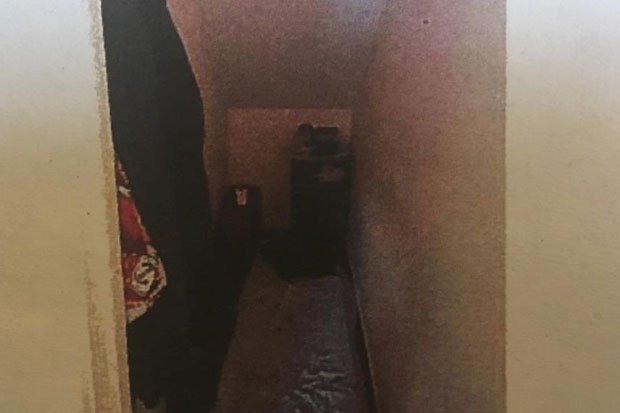 The victim worked full-time at an abattoir earning £300 to £350-a-week – but was given just enough money to buy his bus tickets and around £1-a-day for biscuits.

The jury also heard that the victim was filmed carrying out tasks set by the defendants.

Boboc and Tudor-Dobre were convicted of requiring a person to perform forced or compulsory labour and fraud.

Boboc was handed four years and two months’ jail, and Tudor-Dobre three years and seven months’ jail. Both were given an eight-year slavery trafficking prevention order.

Mihai-Aurel Dan, who was also standing trial, was cleared of both charges.

CPS spokesman Ben Samples said: “I would like to commend the victim for the incredible strength and bravery he showed in giving evidence and supporting the prosecution, despite the degrading treatment he suffered at the hands of the defendants.

“I would also like to thank the members of the public who contacted the police with their concerns. Modern slavery often takes place out of sight, and it is only with the support of such witnesses that we will defeat it in the UK.

“Finally, I would like to give credit to Avon and Somerset Police, who acted swiftly following the report and built a strong case against the defendants, working in partnership with the CPS South West Complex Case Unit.”