The cruel father has now been arrested after the shocking video sparked outrage on social media. 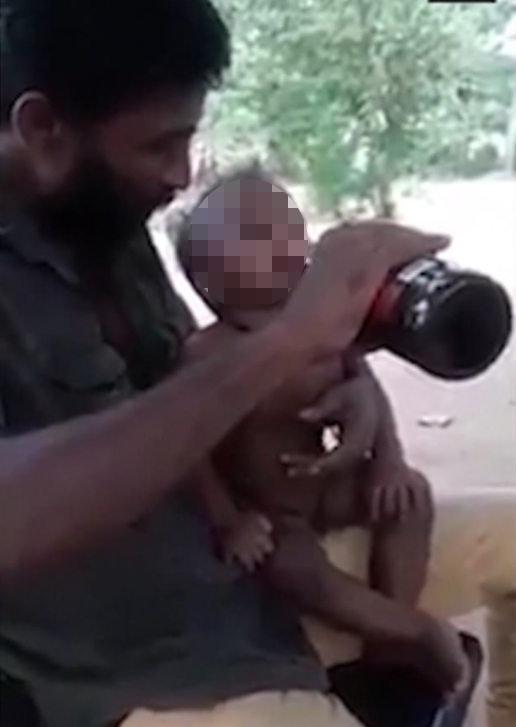 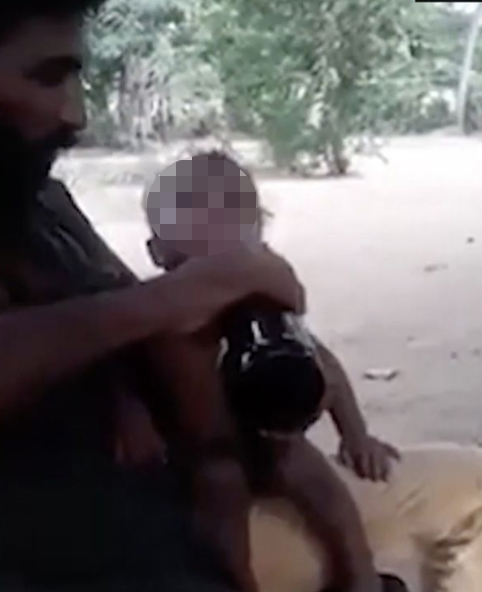 He could be seen slowly tipping the large bottle of alcohol into his child’s mouth as the baby sat on his knee.

His friends could be heard laughing in the background as the child took a few gulps.

The video is understood to have been filmed at a beach in Meegalawa, Sri Lanka, last year.

Another man in the right-hand side of the video is seen holding a cigarette and passing beer around.

After the man gives his son beer for a second time he can be heard cackling when the baby reaches for the bottle.

Local police said dad and three of his friends were arrested.

The legal age for drinking in Sri Lanka is 21.