A puppy farmer who kept dachshunds, French Bulldogs, Shih Tzus and pedigree cats in squalid cramped rabbit hutches with his accomplice has been given a suspended jail sentence.

Bus driver Glen Hayes, 53, Gillingham, Kent, kept 38 dogs and 18 cats without enough food and water and left many outside in the freezing back garden while Janet Oxlade, 67, sold them to customers from the ‘pristine’ front room.

RSPCA inspectors first became aware of the puppy and kitten farm as complaints mounted up in the run up to last Christmas.

It received six complaints relating to Basset hounds, dachshunds and a boxer with one dachshund pup dying on Christmas Day having contracted parvovirus at the pet farm. 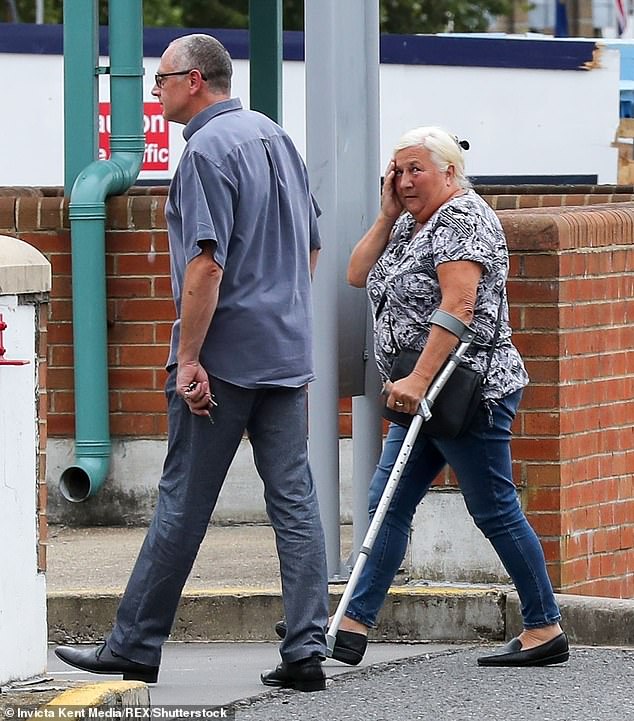 Bus driver Glen Hayes (left), 53, from Kent, was found keeping 38 dogs and 18 cats without enough food and water in squalid rabbit hutches at a house in Bexleyheath, south east London, with Janet Oxlade, 67 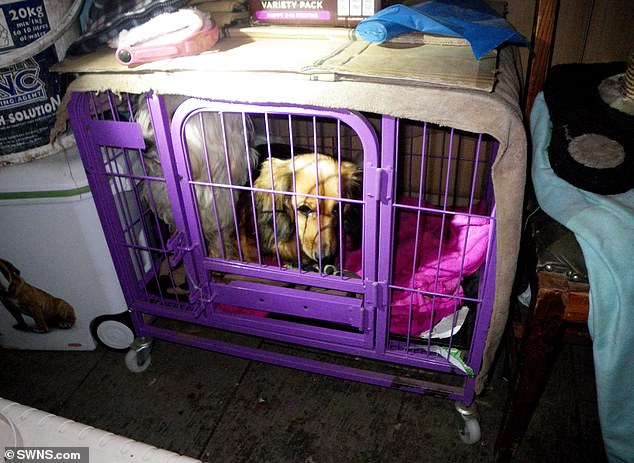 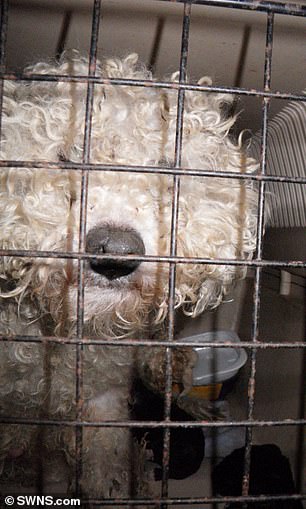 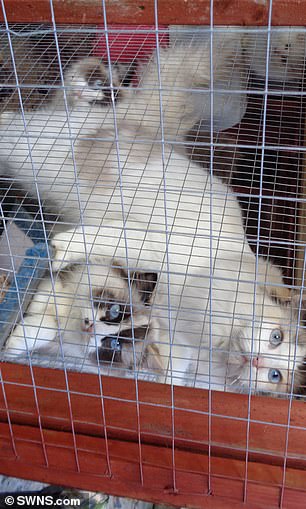 She was found guilty of breaches of the Animal Welfare Act and given a prison sentence of 20 weeks, suspended for 18 months and forced to pay a total of £2,115 in costs in August.

They recorded a video which shows the squalid conditions the animals were kept in.

Dogs can be seen whimpering and coated in mud – while cats can be seen stuck inside rabbit cages full of excrement. 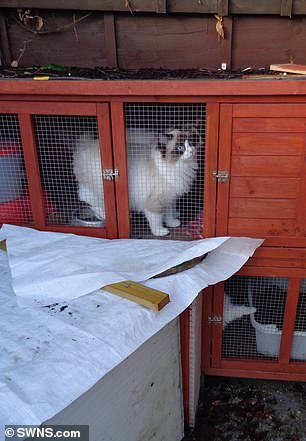 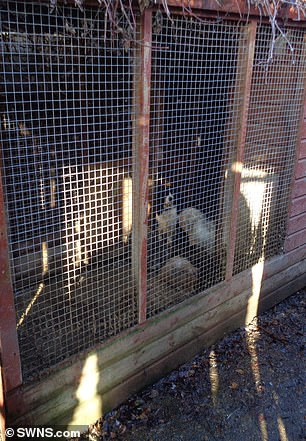 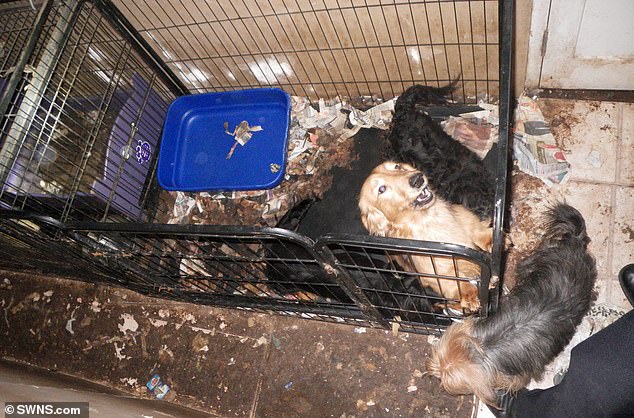 Hayes worked ‘back of house’ in charge of cleaning and feeding the animals while Janet Oxlade worked ‘the front of house’ as part of the ‘disgraceful’ money making scheme.

He denied causing unnecessary suffering to an animal and failing to meet the needs of animals under the Animal Welfare Act but was convicted after trial in November. 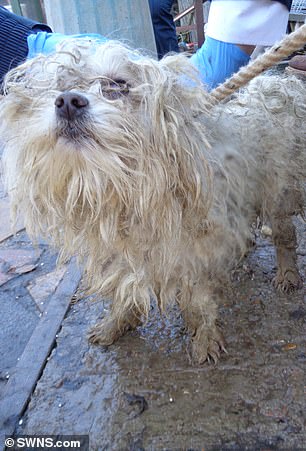 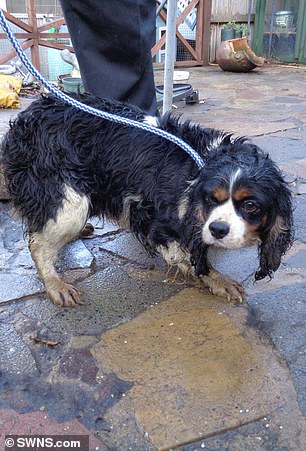 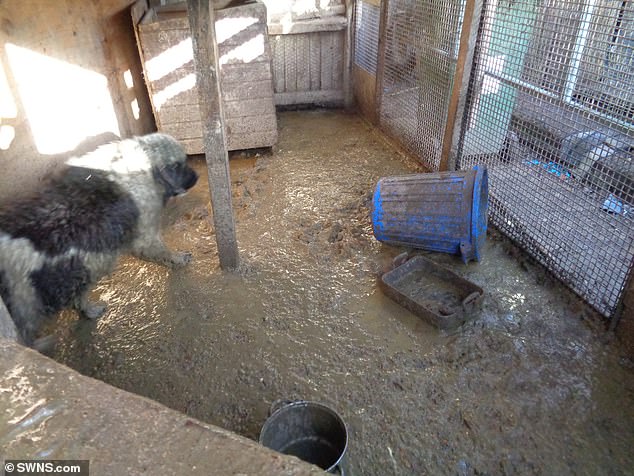 He was found guilty of eight counts of causing unnecessary suffering and two counts of breaking duty of care as a person responsible for an animal.

At a previous hearing Oxlade was handed a lifetime ban on keeping any animals after being found guilty of the ten charges. 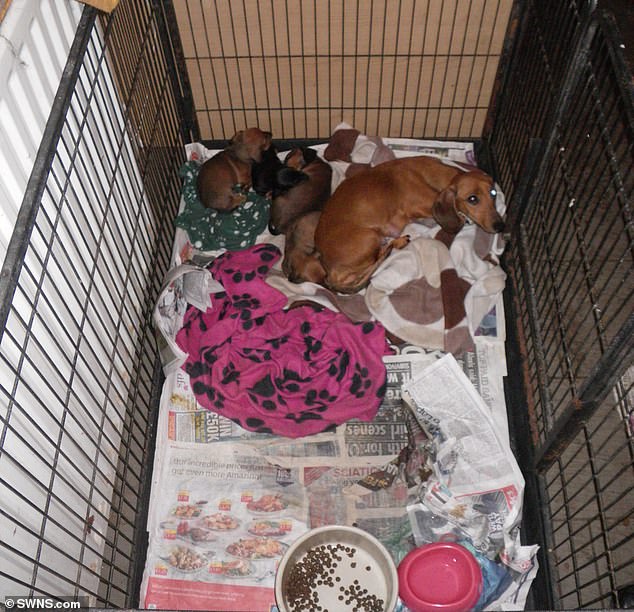 Sentencing Hayes to 20 weeks imprisonment, suspended for 18 months and ordered to pay costs of £3,650 District Judge Nigel Dean said: ‘At least one or two of those dogs died at that address.

‘Hayes worked back of house, while Oxlade was dealing with people at the front.

‘Investigators found dogs in makeshift cages coated in mud – they suffered from tooth decay and conjunctivitis.

‘Cats were not provided with suitable conditions for their living needs and puppies were discovered with no drinking water.

‘These are very serious offences where animals were kept in squalid conditions.

‘The evidence against Mr Hayes is compelling.’ 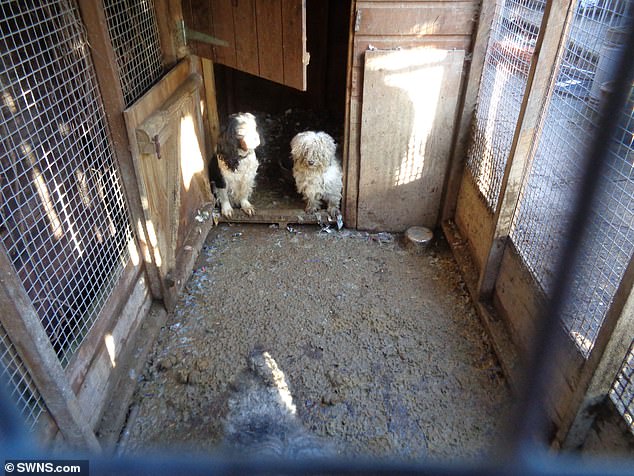 Oxlade was found guilty of breaches of the Animal Welfare Act and given a prison sentence of 20 weeks, suspended for 18 months earlier this year 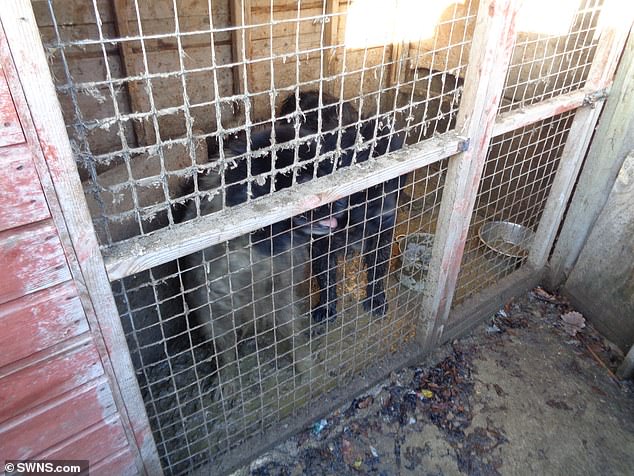 Hayes was found guilty of eight counts of causing unnecessary suffering and two counts of breaking duty of care. He was sentenced to 20 weeks imprisonment, suspended for 18 months and ordered to pay costs of £3,650

RSPCA inspector Cliff Harrison said: ‘There was filth and mud everywhere and the dogs couldn’t get out of the mud at all.

‘The animals were smothered in faeces, they just didn’t know where to go.

‘It’s utterly disgraceful to keep animals in these conditions while she lived in a clean house.’

The court heard the investigation cost more than £12,000 – with the RSPCA being forced to foot the bill.

Defending, Jason Lucking said: ‘Mr Hayes has large debts that he accumulated over his life – he doesn’t have much disposable income. 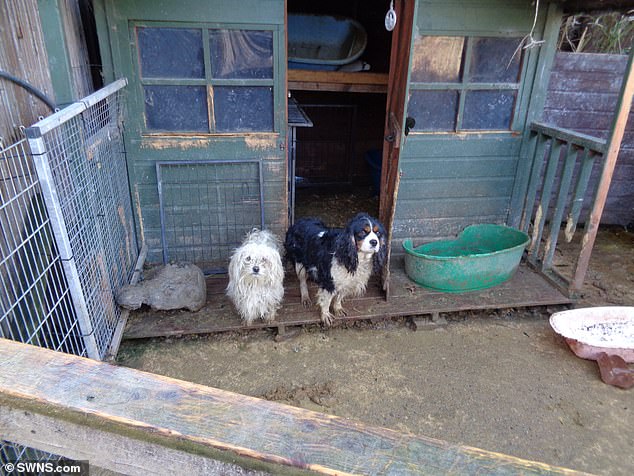 Carroll Lamport, from the RSPCA special investigation unit, said the conditions of the farm were typical among puppy breeders

‘He was a man that attended the property and helped clean out the animals – his role was to feed and water the animals.’

All of the animals have since been rehomed or are in foster care awaiting new homes.

Carroll Lamport, from the RSPCA special investigation unit, said the conditions of the farm were typical among puppy breeders.

She said: ‘The conditions were horrific, one vet said that the dogs were so matted their fur looked like armour.

‘Sadly, in some cases, people’s beloved new pet puppies had been so poorly that they’d died.

‘The house and garden were total mayhem but the living room – the only space prospective buyers were allowed access to – couldn’t have been more different – a pristine and impeccably clean space.

‘Hayes was involved in the day-to-day care of these animals and should have known better than to keep them in such horrendous conditions.

‘Thankfully, we were able to save these lovely dogs and cats and they will all go on to lead much happier and healthier lives.’