For months, Texas Governor Greg Abbott and Arizona Governor Doug Ducey have been busing migrants across the country, using immigrants as political props as they try to score points in the midterm elections and bolster their conservative bona fides. 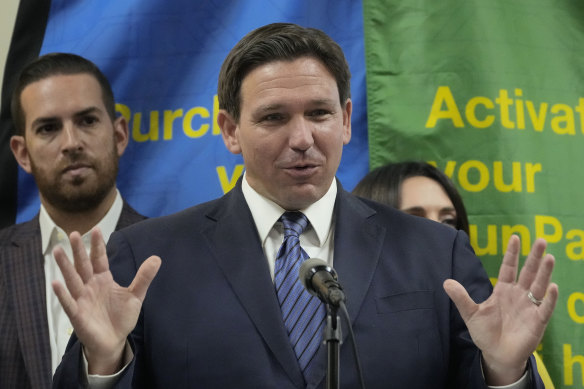 The migrants had not set foot in Florida and said they were misled about their destination. The island was unprepared to handle the influx. But DeSantis got exactly the reaction he wanted.

Days after the migrants got off their planes, DeSantis flew across the country himself — to events for Republican candidates for governor in Wisconsin and Kansas where he promoted his stunt. He received standing ovations.

“They were homeless,” he said of the migrants, at an event Sunday in Green Bay, Wisconsin. “They were hungry. And they hit the jackpot to be able to be in the wealthiest sanctuary city in the world.” 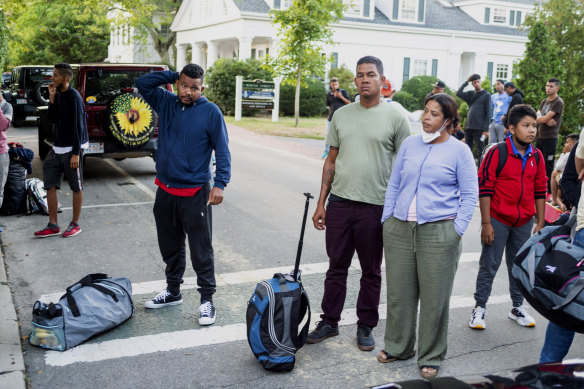 Migrants, who arrived on a flight sent by Florida Governor Ron DeSantis, gather with their belongings on Martha’s Vineyard. Credit:AP

The ambitious governor is betting that the tactic will not hurt his reelection race in Florida, long the nation’s largest political battleground, and will reinject the issue of border security into the midterm contest. As voters remain focused on economic uncertainty and abortion rights, it remains unclear whether immigration will gain a major foothold in the final weeks before the election in November.

Yet the move signals that DeSantis could be eyeing a future beyond Florida and aiming to secure his place in the conversation of potential presidential candidates. Polls show that former President Donald Trump is the party’s overwhelming pick in 2024, with DeSantis as the clear second choice.

“This is a sign of someone who is acting with political impunity because he believes he has political impunity in Florida,” said Fernand Amandi, a Democratic pollster in Miami. “I don’t think he makes this move if he didn’t already anticipate it was not a roadblock to him winning reelection.”

Long considered to harbor presidential ambitions, DeSantis ripped this move directly from the playbook of Trump, whose rhetoric and political style he has adopted.

Reuters has reported another flight carrying migrants to an area near President Joe Biden’s vacation home in Rehoboth Beach, Delaware.

The idea of transporting migrants to Democratic strongholds was considered by the Trump administration.

Stephen Miller, the former president’s policy adviser, and others in the Trump White House pushed the move as a way to strike back against sanctuary cities that refused to fully cooperate with federal immigration authorities. The plan was rejected by Immigration and Customs Enforcement officials over liability and budgetary concerns.

DeSantis secured $US12 million in the state budget to transport immigrants living in the country illegally and planning to come to Florida, an amount that suggested more flights are to come. He said the migrants had to sign a release form and had been given an informational packet that included a map of Martha’s Vineyard.

But DeSantis has also been clear that the effort was part of a political strategy intended to lift his party in the midterms. Republican strategists say he and the other governors are simply pointing out the hypocrisy of Democratic Party leaders, whom they see as far removed from the surge of migrants and their impact on local communities.

The sheriff in the county in Texas where the migrants were recruited for the flights to Martha’s Vineyard has since opened a criminal investigation.

Bexar County Sheriff Javier Salazar said 50 migrants were “lured under false pretences” on the streets of San Antonio “for nothing other than a photo op”.

A spokesperson for DeSantis declined to comment for this article.

The public investigations of Trump and the fight over the fate of legal abortion heightened Democratic hopes for the midterms over the summer, leaving Republicans scrambling to return the race to issues that break more in their favour: high inflation, economic uncertainty, public safety and immigration.

Polling shows that a majority of voters — 51 per cent — say they agree more with the Republican Party than the Democrats on illegal immigration, according to a new poll by The New York Times and Siena College. On the issue of legal immigration, they are evenly split.

“This border is now an issue in these elections,” DeSantis said Sunday at the event in Wisconsin. “And I think it’s something that our candidates need to take.” 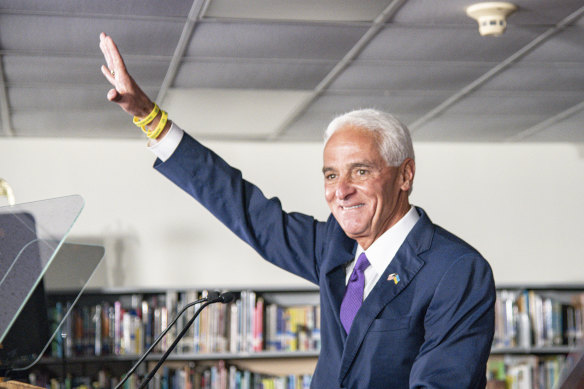 Democrats moved quickly to cast DeSantis as heartless and “un-American”.

“Instead of working with us on solutions, Republicans are playing politics with human beings, using them as props,” President Joe Biden said on Thursday at the Hispanic Caucus Institute Gala in Washington, D.C. “What they’re doing is simply wrong. It’s un-American, it’s reckless and we have a process in place to manage migrants at the border.”

The Democrat who is DeSantis’ opponent in the Florida governor’s race, former US Representative Charlie Crist, released a digital ad calling the migrant flights “a cruel political stunt to appeal to his base”.

“My faith teaches me that we’re all children of God,” Crist said in the ad. “That is lost on Ron DeSantis. For him, it’s always putting politics over people’s lives.”