A missile struck Cyprus in the early hours of Monday morning, narrowly missing the densely populated capital of Nicosia and crashing on a mountainside. No casualties have been reported. Officials say the missile, believed to be Russian-made S-200, could be a rogue strike whcih saw the missile veering off course after being launched in retaliation to an Israeli airstrike on Syria.

On Sunday, Israel was accused of targeting Syrian military positions in Homs and Damascus – killing at least 15 people, including six civilians, three of them children.

In response, Syria launched their defence system to guard against the incoming Israeli strike, but it appears one of the defence missiles went awry exploding over the holiday island of Cyprus, west of Syria.

Hills were set ablaze from the errant missile, in the first time Cyprus has been caught in the crosshairs of the war in Syria – which could risk dragging the holiday hotspot into the conflict.

The explosion occurred around 1am in the region of Tashkent, some 20kms northeast of the capital, with the impact being heard for miles around. 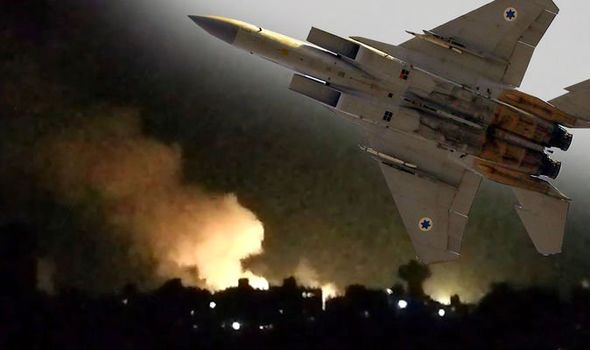 Speaking of the missile, Turkish Cypriot Foreign Minister Kudret Ozersay said: “The first assessment is that a Russian-made missile… which was part of the air defense system that took place last night in the face of an air strike against Syria, completed its range and fell into our country after it missed.”

He said the explosion was thought to have occurred before impact because there were no craters.

Mr Ozersay added: “The pieces that fell to several different points prove that the missile exploded in the air before it crashed.”

The missile that landed in Cyprus is believed to be one of the defence missiles, used to defend Syria from attack. 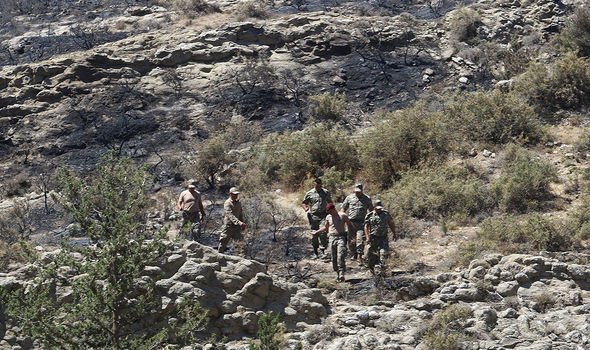 Mustafa Akinci, the Turkish Cypriot leader, said investigations were underway by the military to establish where the missile originated.

He said: “It is evident it is not something stemming from our soil … It is one of the bad sides of the war in the region falling into our country.”

The system uses six missiles, each launched by four solid-fuelled strap-on rocket boosters which have a maximum range of between 150-300km.

The missile travels at up to 3,600kph, using advanced guidance systems, before detonating fragmentation bombs in a spread pattern in an attempt to damage and cripple incoming ballistic missiles.