Family, friends and team mates are mourning the loss of "larger than life" Dale Clarke at just 26 years old. 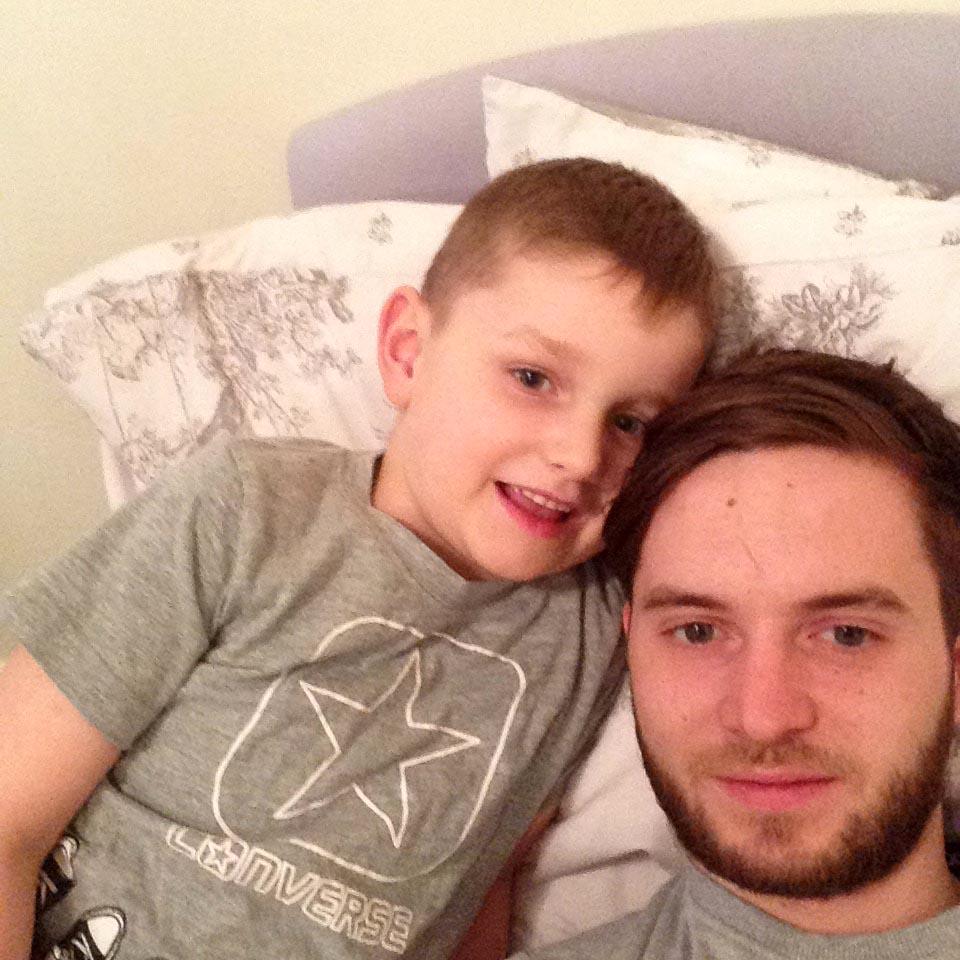 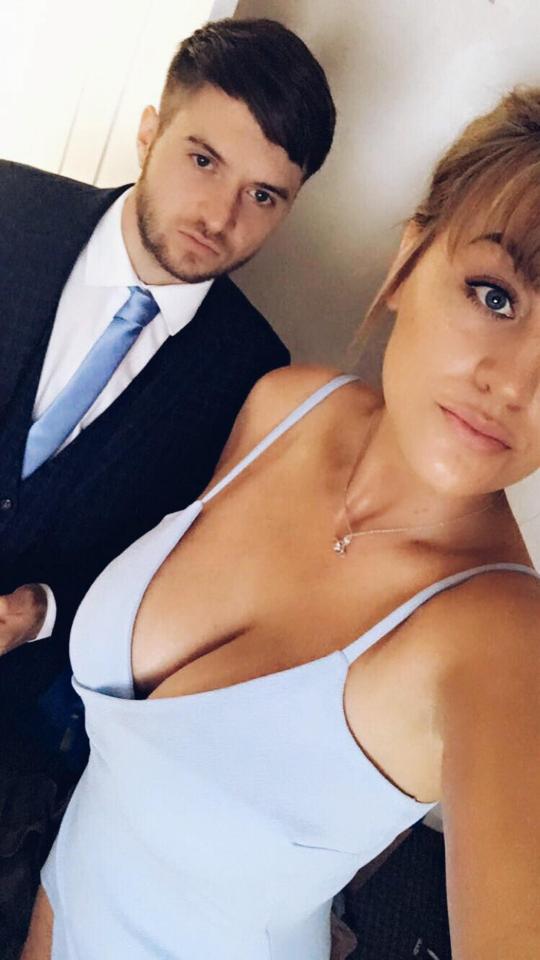 Dale, who played for Forest Hall football club in Newcastle upon Tyne, died on Sunday, one month before his fiancée, Paige, was due to give birth to their daughter.

He was given the shock diagnoses of cancer a year ago after discovering a lump on his penis.

It eventually caused him to lose all sensation down there and ruined his sex life.

In seven months the 26-year-old had five operations, nine rounds of radiotherapy and two rounds of chemo – but the tumours kept coming back. 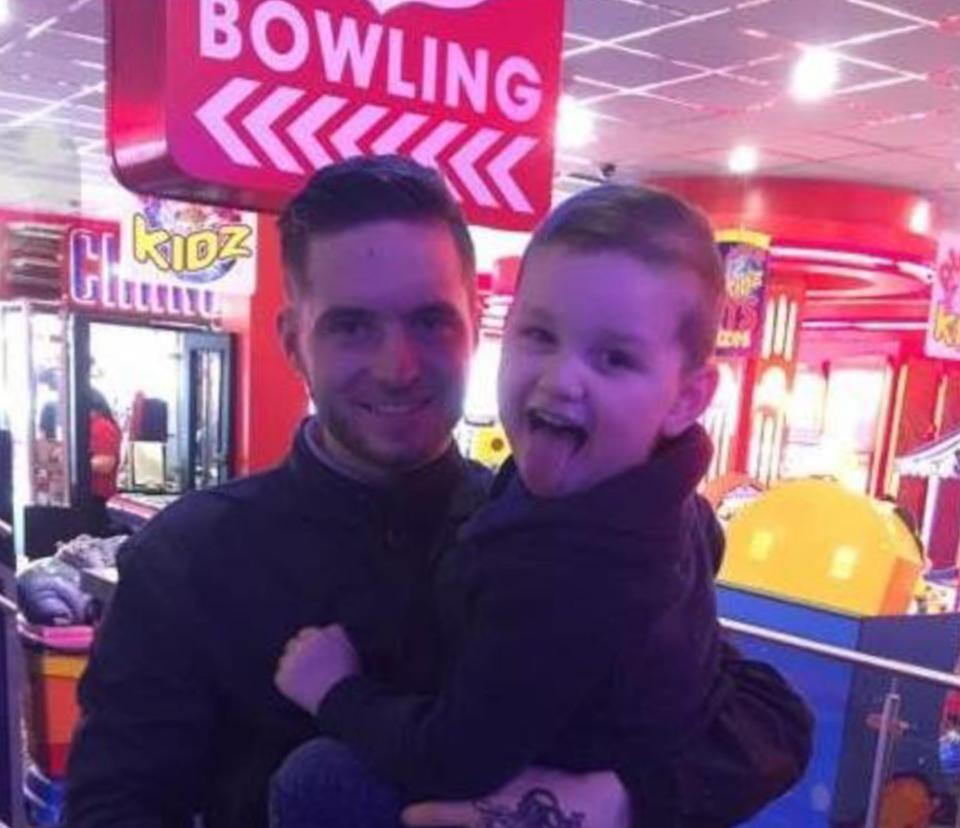 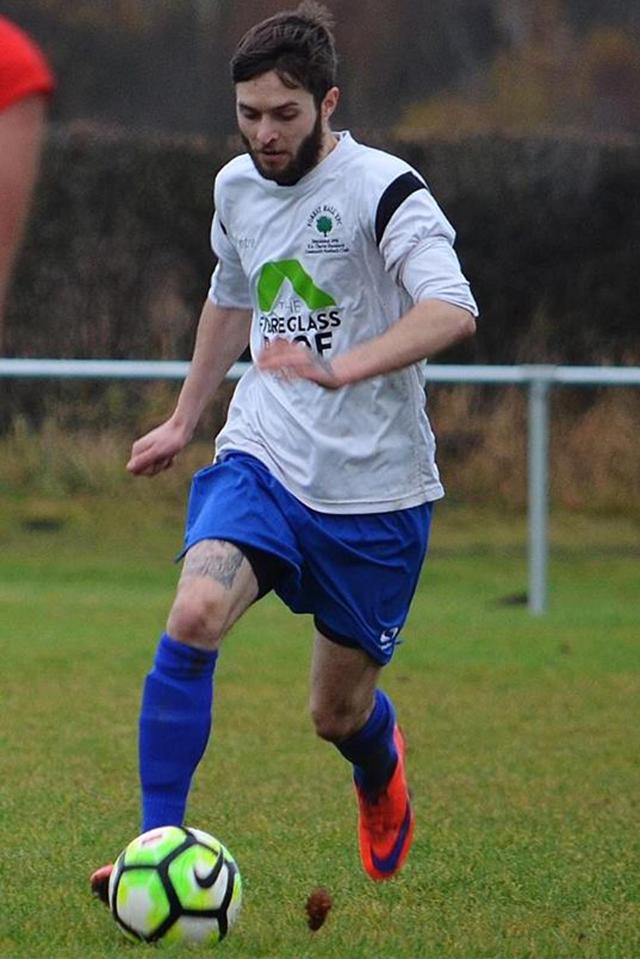 He was left with a gaping wound at the top of his groin, while skin taken from his thigh was grafted on to his penis.

Football coach, Tim Hutchinson, who worked with Dale for a decade, told Chronicle Live: "Dale was a really funny lad and a lovely kid. He would do anything for you.

"He was a larger than life character. He would give you his last penny if you needed it.

"Dale was such a lovable scoundrel. He broke every rule we made but then he’d give you a cuddle and say sorry. To me, he was a mate as well.

"Even though it was an aggressive cancer and after they told him it was terminal, he said he was going to last as long as he could and make it fight." 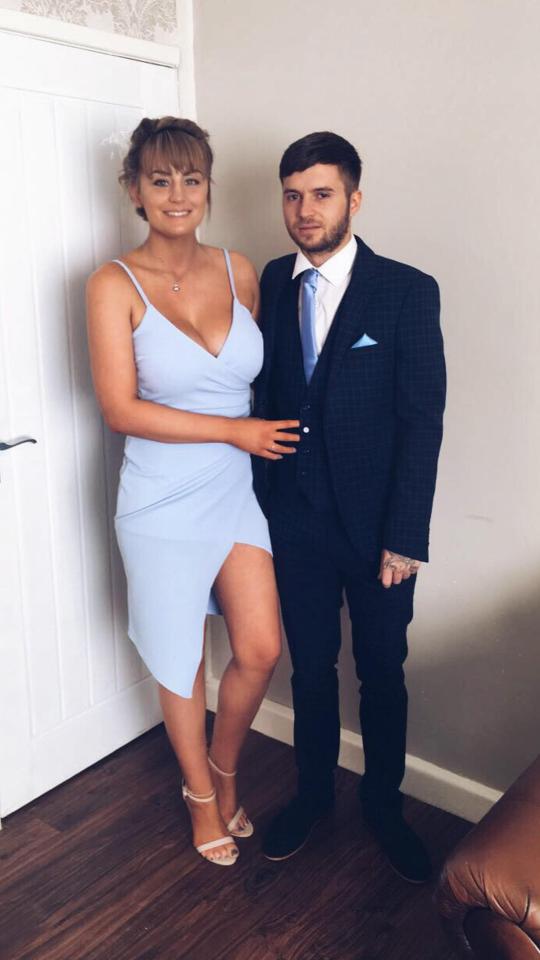 Bravely speaking out about his ordeal earlier this year, Dale said he could no longer feel any part of his penis, and that his sex life with fiancée Paige King, 24, was ruined as a result.

But, the dad to six-year-old Cole, said he was determined to stay positive, make memories and marry Paige in Las Vegas.

He warned other blokes never to ignore the symptoms, and to see a doctor straight away if they fear something could be wrong.

Speaking before his death, Dale from Newcastle said: “It’s absolutely destroyed me as a person.

"I struggle to walk to the toilet and my penis has no use other than to try and urinate from it.

“It has no feeling. The cancer is busy eating away around it so I will probably lose it altogether soon.

“But I’m a solider. I’ve got my kids to think about and I can’t be selfish and give up." 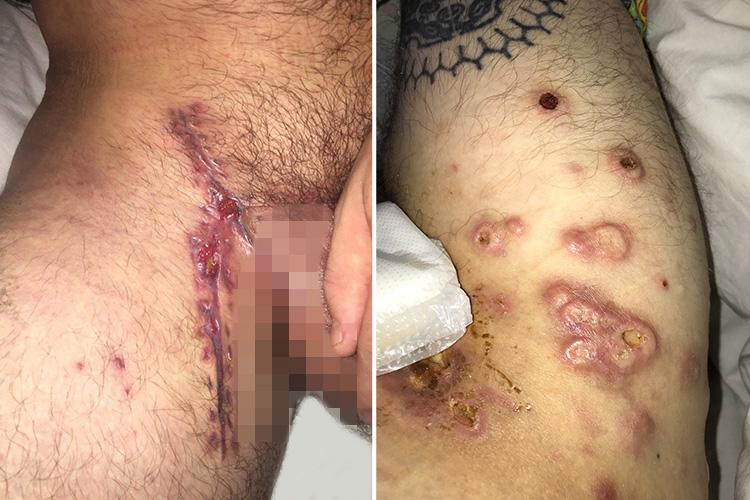 Doctors told the then 26-year-old he was one of the youngest people they had treated for penis cancer, adding he has one of the most aggressive forms of the disease they'd seen.

Though it's arguably every man's worst nightmare, Dale said he had accepted his sex life had been ruined.

"That part of my life is gone now," he said.

It has no feeling. The cancer is busy eating away around it so I will probably lose it altogether soon

"They could cut it off and it wouldn't bother me, that's how far past it I am.

"I know it's terminal, but I'm not planning to go anywhere for a few years."

He said the thought of the leaving his kids, was the most painful part of his ordeal.

While chemo was "hell", he said he would put himself through it again if doctors thought it would give him more time with his son, Cole, and the couple's unborn baby girl.

BLOKES… LEARN THE SIGNS YOU COULD HAVE PENIS CANCER

CANCER of the penis is very rare, there are around 630 cases in the UK each year.

It’s most often diagnosed in men over the age of 60 years however men in their 30s and 40s can also be affected.

The first sign something was wrong came when Dale struggled to pee properly.

He suspected an infection but then found a lump on the tip of his penis in June last year.

Doctors first suspected the lump had been caused by his foreskin being too tight, and circumcised Dale.

But after he was referred to a specialist, tests revealed the devastating diagnosis. 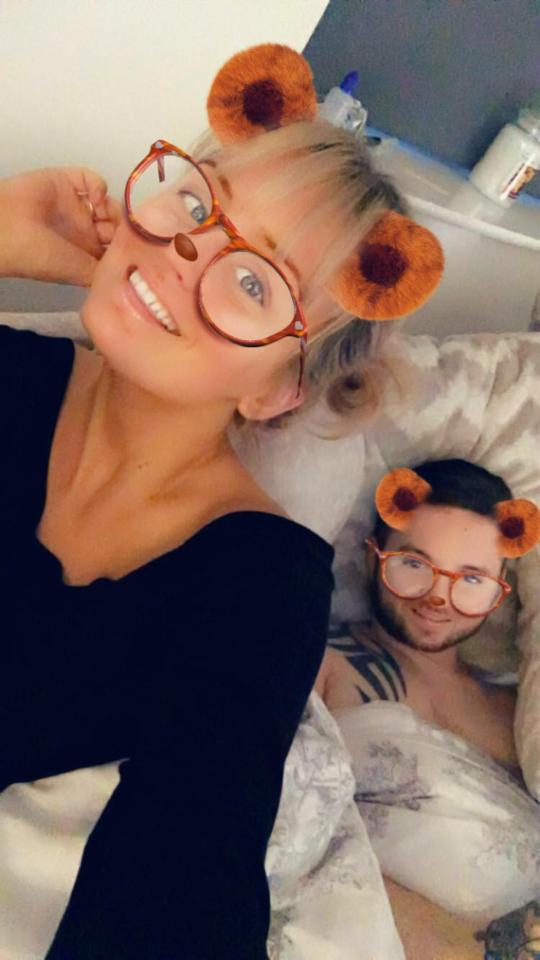 "I'd researched it and was convinced it was cancer," he admitted.

"The pain was unbelievable. It was that bad I would try not to go to the toilet.

CANCER OF THE WHAT? From sores and ulcers to a rash… 11 signs YOU could be suffering penis cancer

"I was going about once a day and was crying in pain, it was the worst kind of burning."

Despite his fears, when doctors confirmed he had cancer, Dale said he was left speechless.

He hung up the phone and broke down. 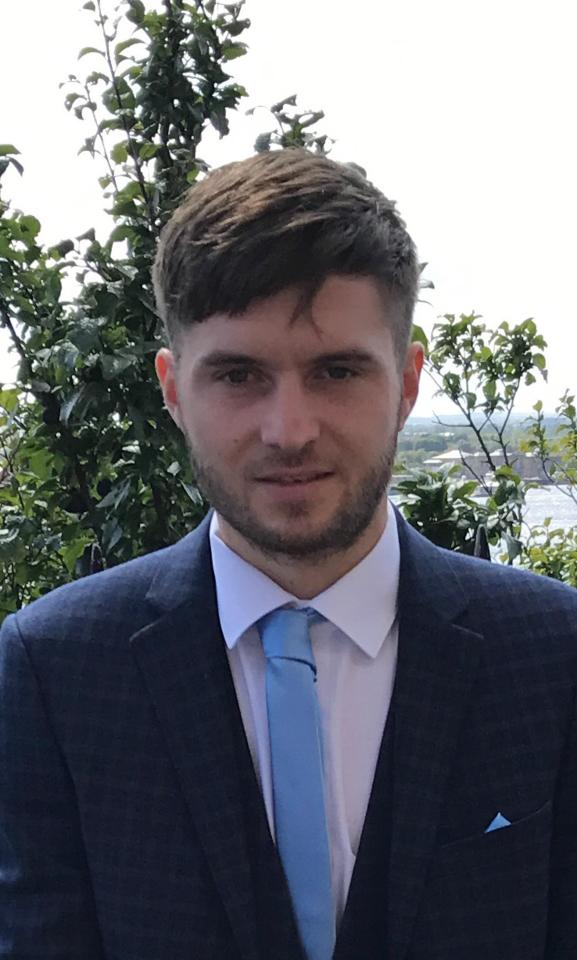 Pregnant Paige said: "He just looked at me and said, 'Paige, they're saying it's cancer'.

"We both broke down and just sobbed our hearts out."

While the couple's sex life suffered, Paige said it didn't affect their relationship.

The couple all but gave up on their hope of having a baby, after Dale's shock diagnosis. 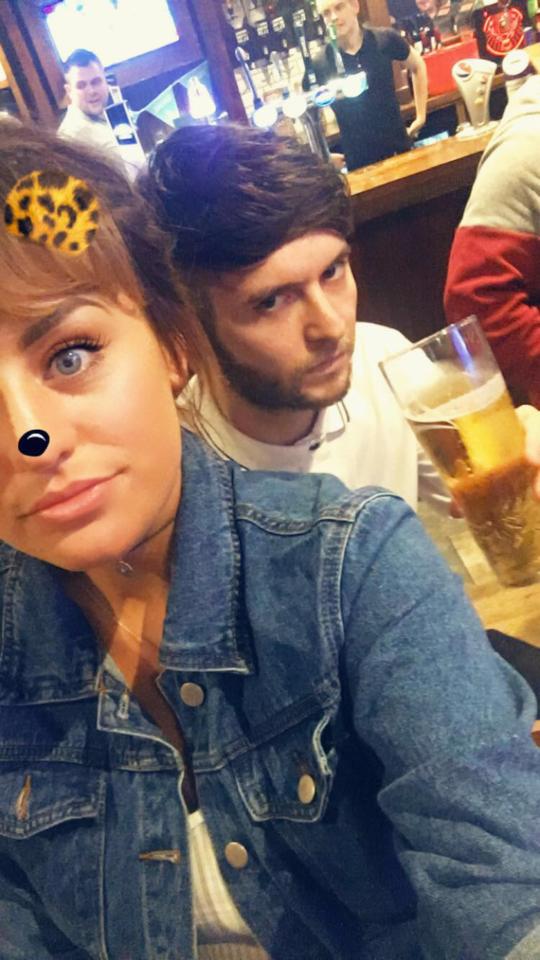 But two months later Paige discovered she was expecting their "little miracle", their baby girl who is due in July.

Paige, who will be a first-time mum, said: “It’s normal now and we don’t really think about it. It wasn’t one of the main reasons we were together – we’re together because we love each other.

“The diagnosis has brought us closer together. We’re stronger as a team and are taking each day as it comes.

“I broke the news to him when he was in hospital, we were so excited.

“We’re hopeful that we will have a few years together." 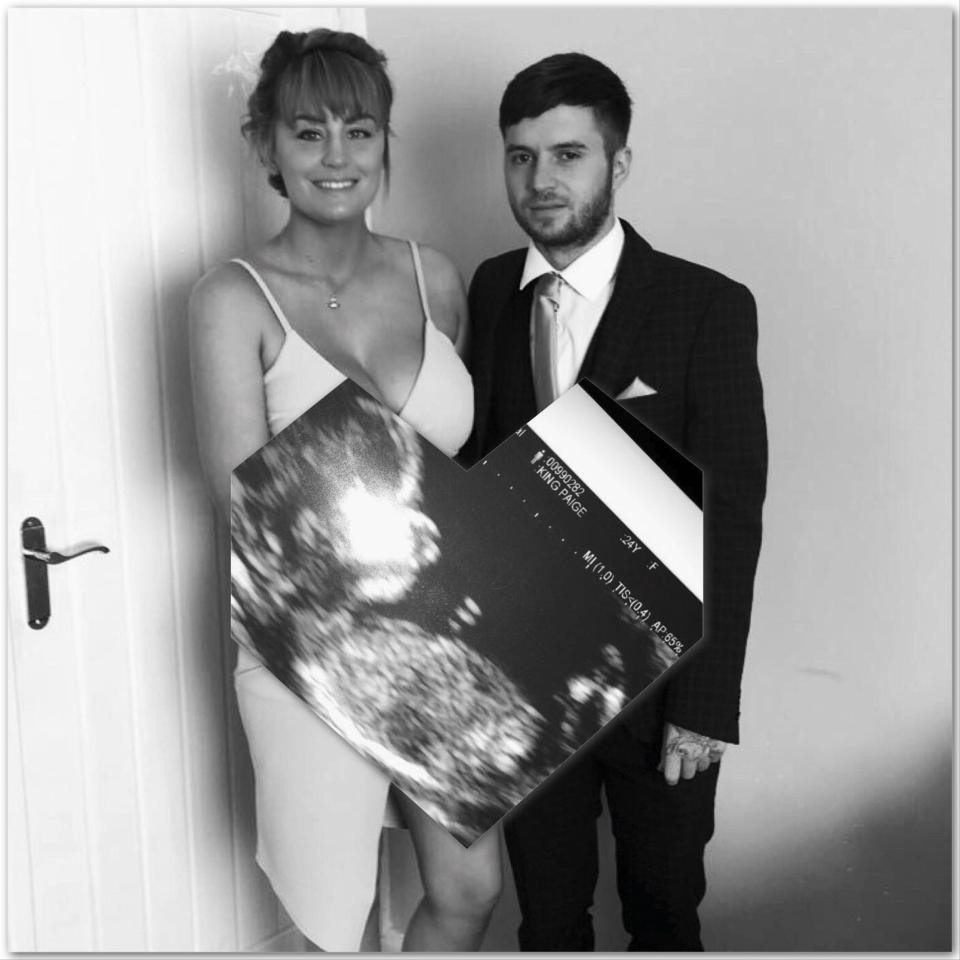 Dale said he was focusing on family time, and making memories, in the months leading up to this death.

"Hopefully I'll be well enough to be there for the birth of my daughter," he said.

“I want to go to Vegas to get married, that’s something we’re saving up for now.

“Getting married, bringing my little girl up and spending as much time as I can with my little boy is what I want to do now.”

Just two men aged between 25 and 29 were diagnosed with penile cancer in 2016, according to Macmillan Cancer Support.

Dale urged other men to be aware of the signs.

He pleaded: "If something doesn't look or feel right just make sure you get checked out.

"Push to get a circumcision before the lump gets too big to do anything about."

The couple's friends have set up a JustGiving page to help them when their baby arrives.

We pay for your stories! Do you have a story for The Sun Online news team? Email us at [email protected] or call 0207 782 4368. We pay for videos too. Click here to upload yours