A DAD-TO-BE has built his unborn child a house made entirely of NOODLES.

Mr.Zhang,  used 2,000 blocks of out of date instant noodles to build the play-house, complete with a comfy bed, noodle bricks and windows. 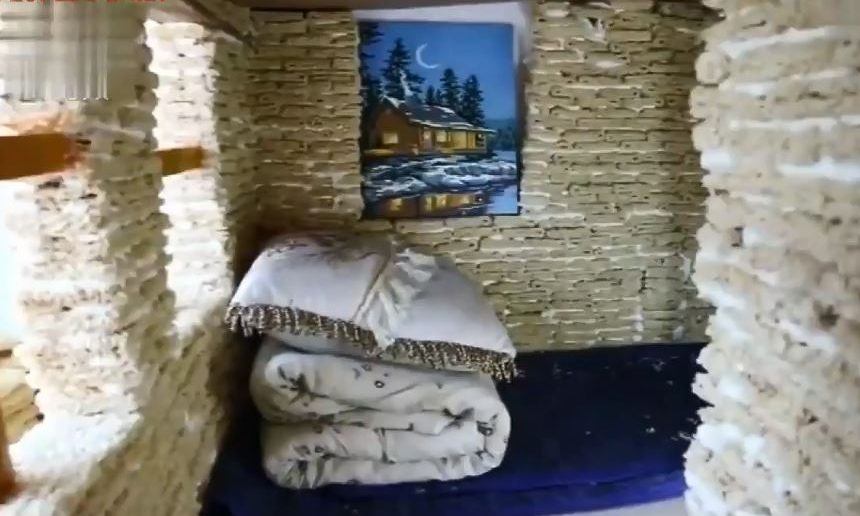 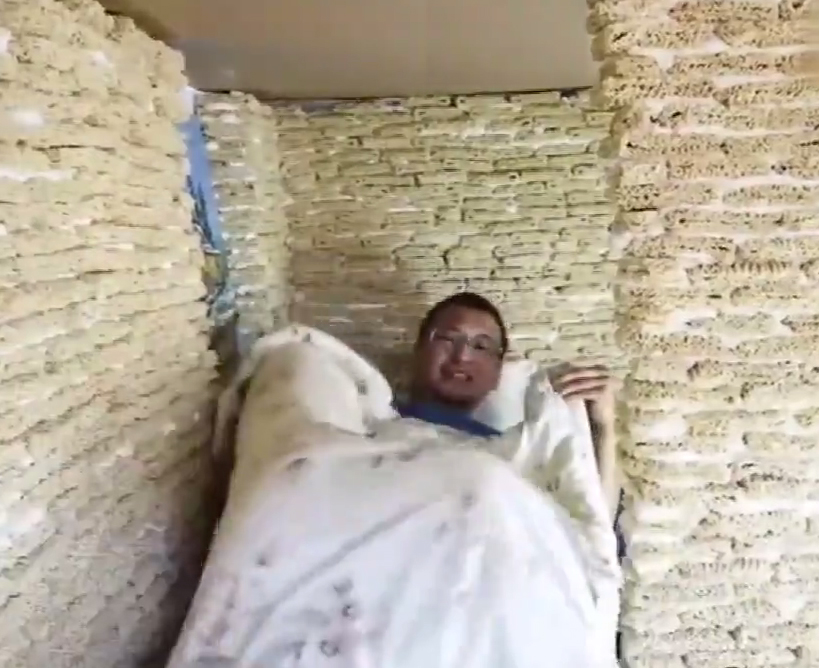 Zhang from China's northeastern province of Jilin built the "dream-house" for his baby to play in once it's born by sticking together thousands of blocks of dried ramen noodles.

The noodle packets were out of date and would have been inedible, so Zhang decided to put them to use.

The noodle house comes complete with an accent wall created entirely out of rounded packets of noodles, whereas the other supporting walls are made of more traditional brick-shaped noodle blocks.

The inside of the house features a comfy bed, tucked against one of the noodle walls.

Interior design hasn't gone unchecked either, as the almost-edible home features some lovely artwork for Zhang's baby to gaze up at as they drift off – but the masterpiece unfortunately isn't made of noodles.

The trend of building with noodle blocks picked up after it was revealed the stir-fry essentials – sold for just a few pence in supermarkets – could be used to fill in everything, from false nails to toilet bowls.

One blogger set the internet ablaze when she crafted a false nail out of the carby treats.

After breaking off a small bit of ramen noodles, the blogger then ground them up into a fine dust.

Using a small bit of silver foil underneath the natural nail the powder is carefully applied using nail glue.

More powdered noodle dust and glue are added before it’s cut down using clippers and buffed to within an inch of its life.

More powdered noodle dust and glue are added before it’s cut down using clippers and buffed to within an inch of its life.

And footage circulated on twitter of one handy person fixing a broken toilet bowl with instant noodles.

The only glaring issue with the viral noodle hacks is that they become soft when wet. 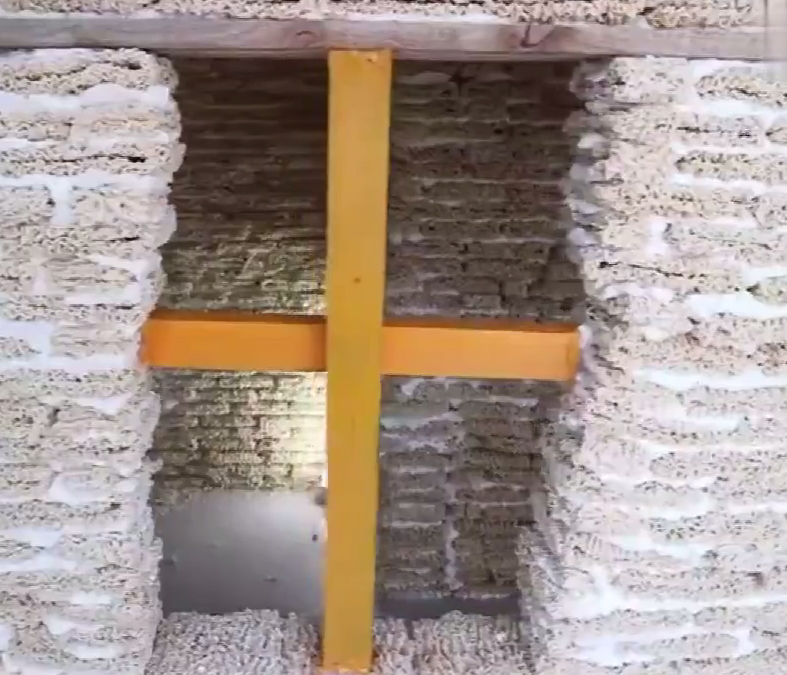 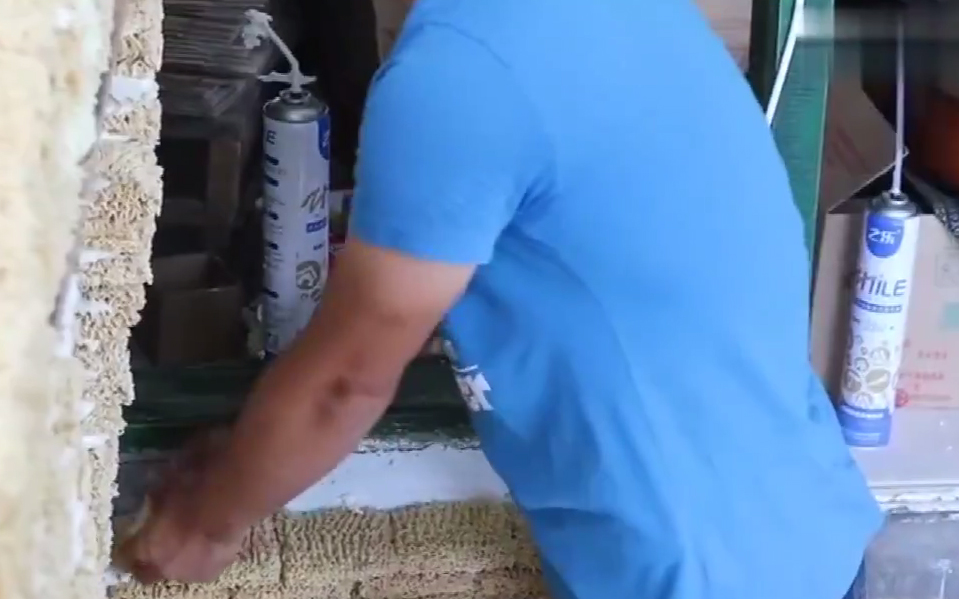 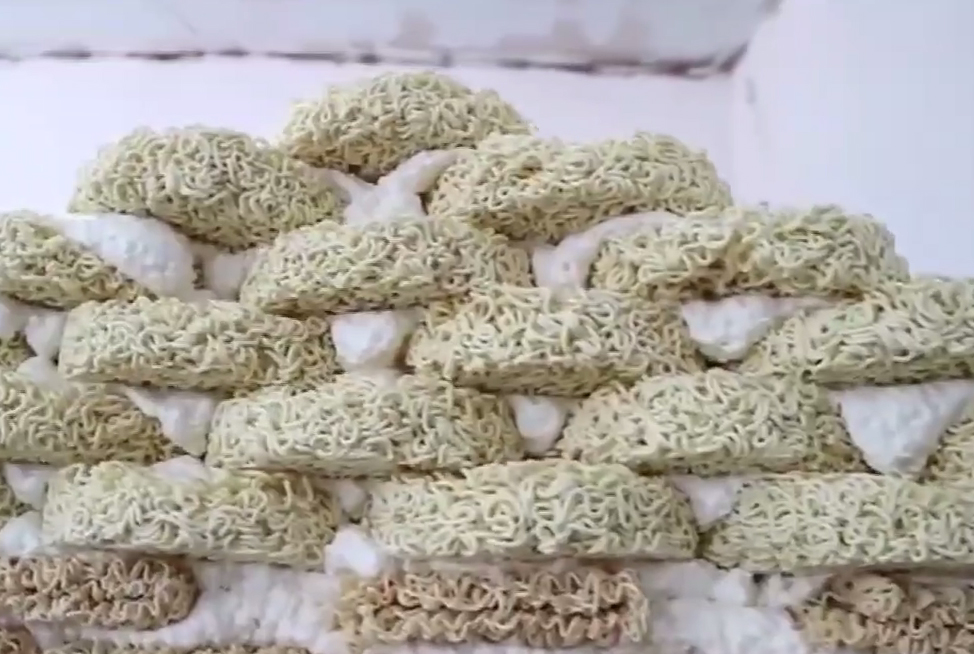 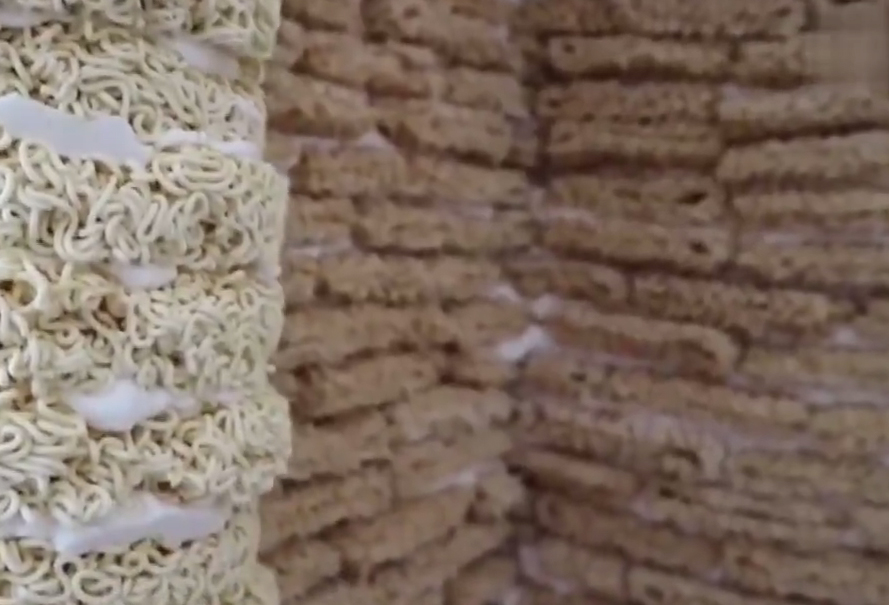 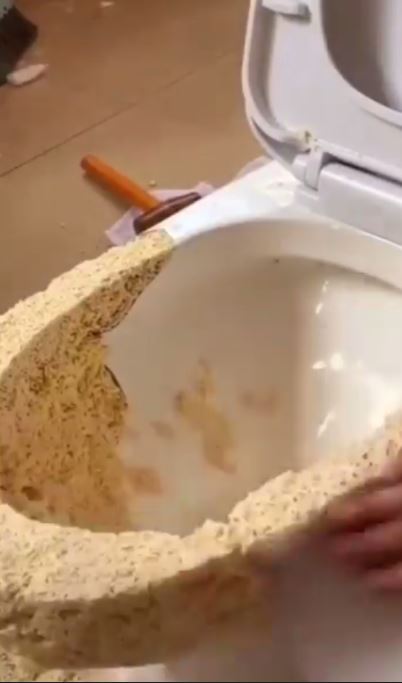