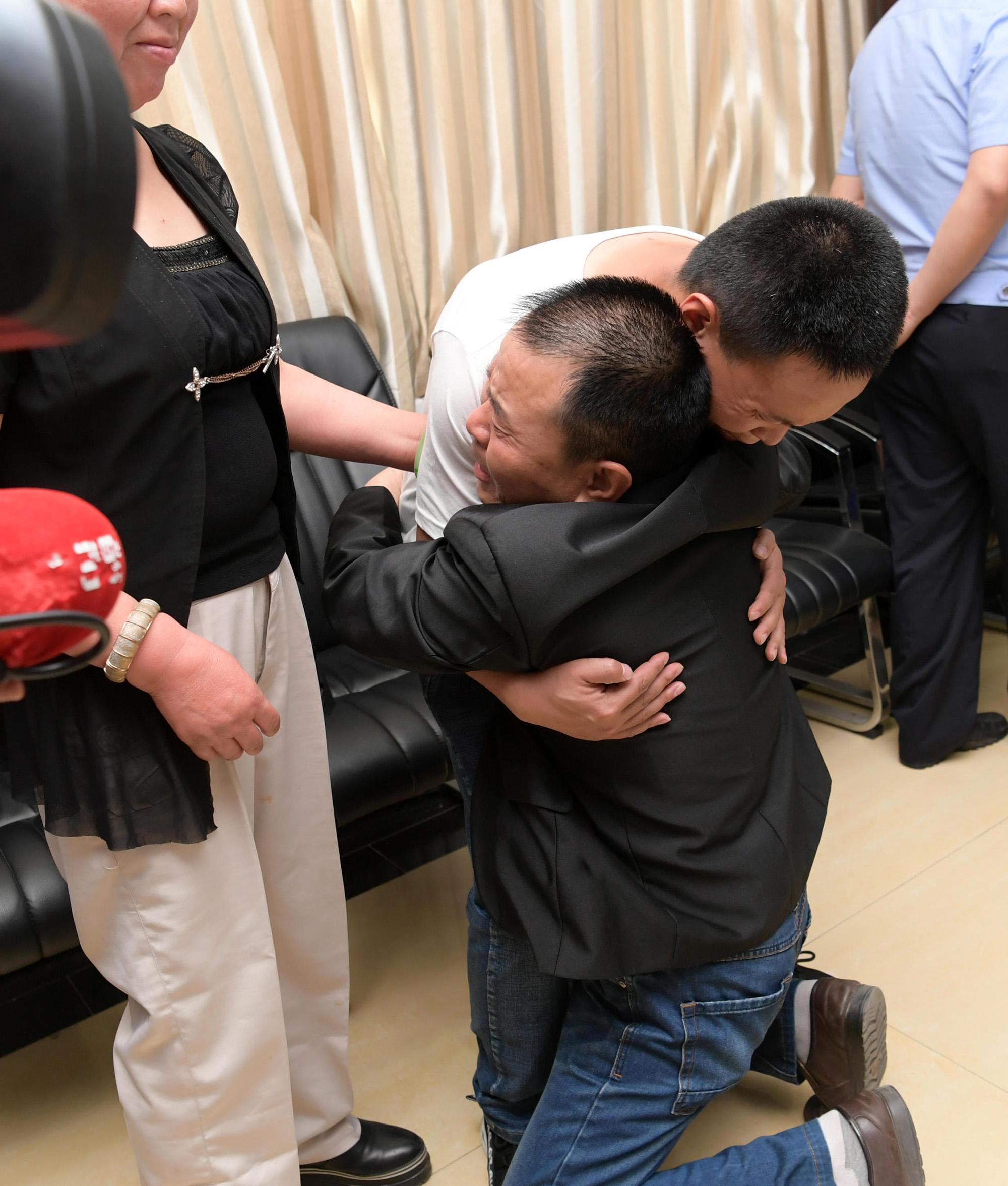 But after 24 years, the now 27-year-old has finally found his dad Li Shunji and mum Du Li thanks to a police DNA database and China's largest missing-persons NGO Baobei Huijia (Baby Back Home).

Li Shunji said he and his wife still clearly remember the day their son went missing.

He thought Lei Lei was playing outside with the neighbours' kids, and he went to the shops not knowing that his son had actually followed him.

The boy, who was just three at the time, eventually got lost and would not see his parents again for more than two decades. 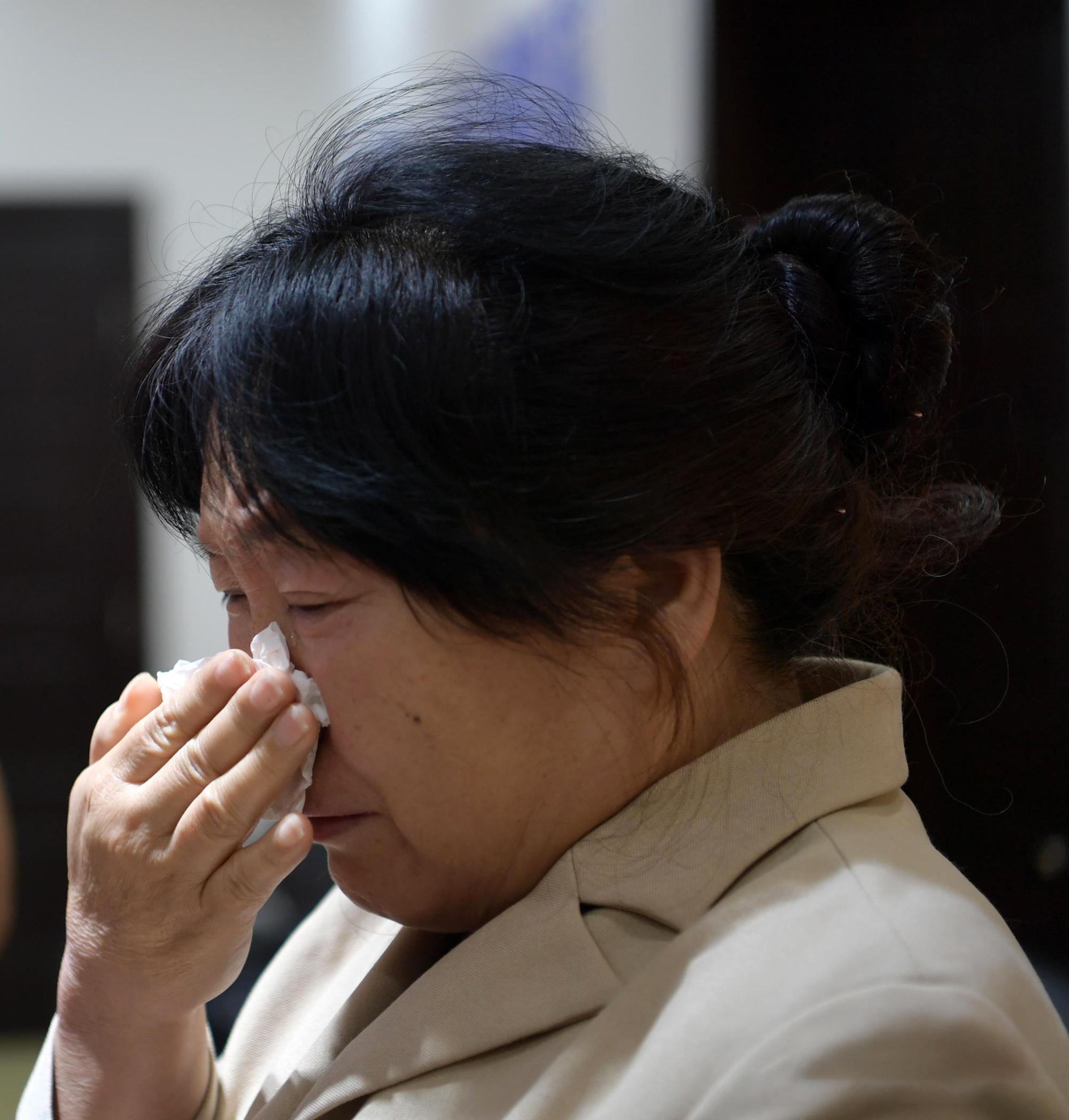 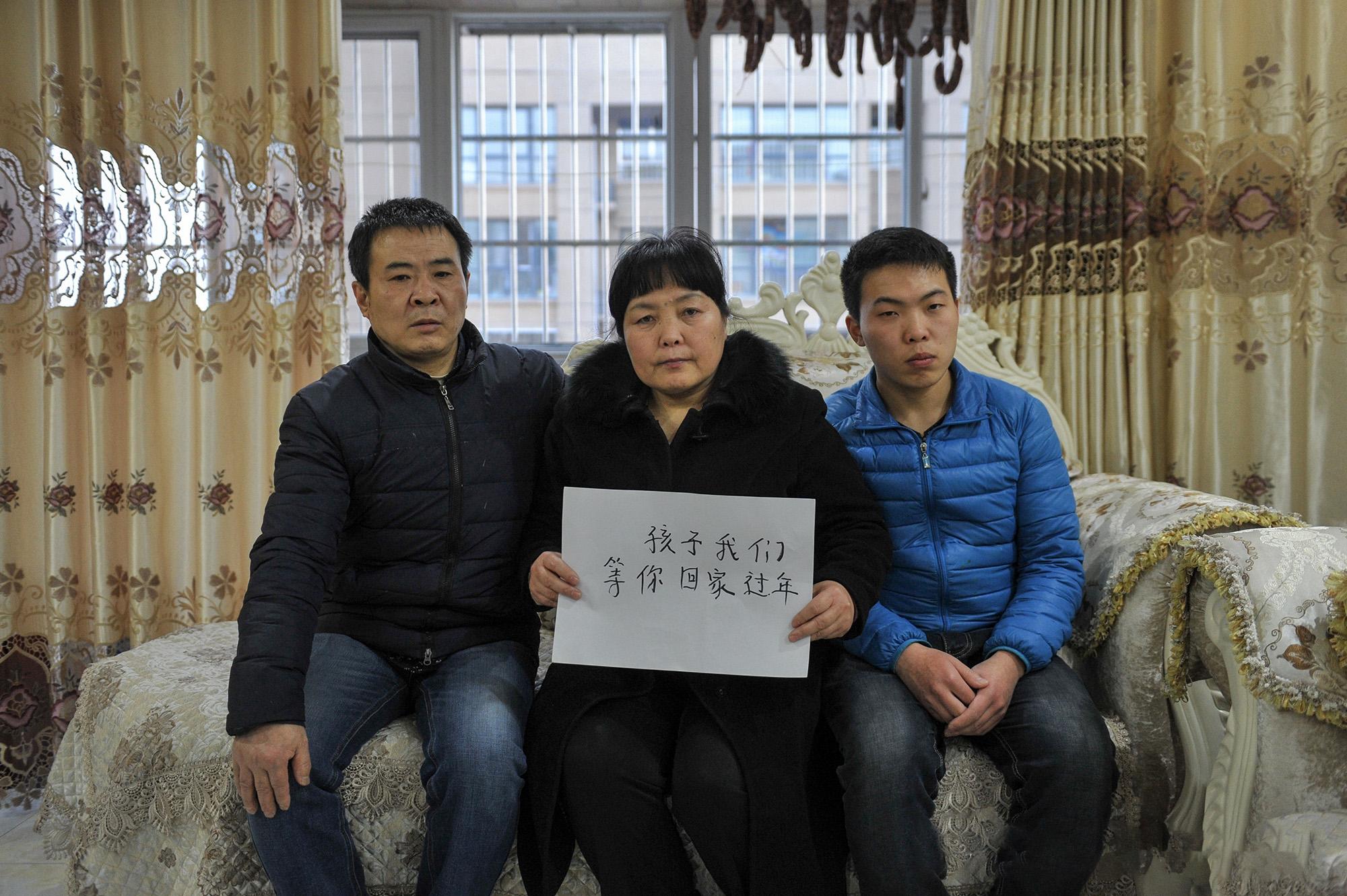 While his parents believed he may have been kidnapped, investigators revealed that he was actually found by a couple who were visiting Xi'an to deliver goods.

They found Lei Lei wandering around on his own and looked around for his parents, but there was no sign of the child's family.

The couple had been visiting the area where they found the child, and after local officials showed little interest in helping and with no sign of the parents, they decided to take him home because they did not want to abandon him on the street.

It is believed they suspected he was an orphan and therefore decided to raise him as their own. 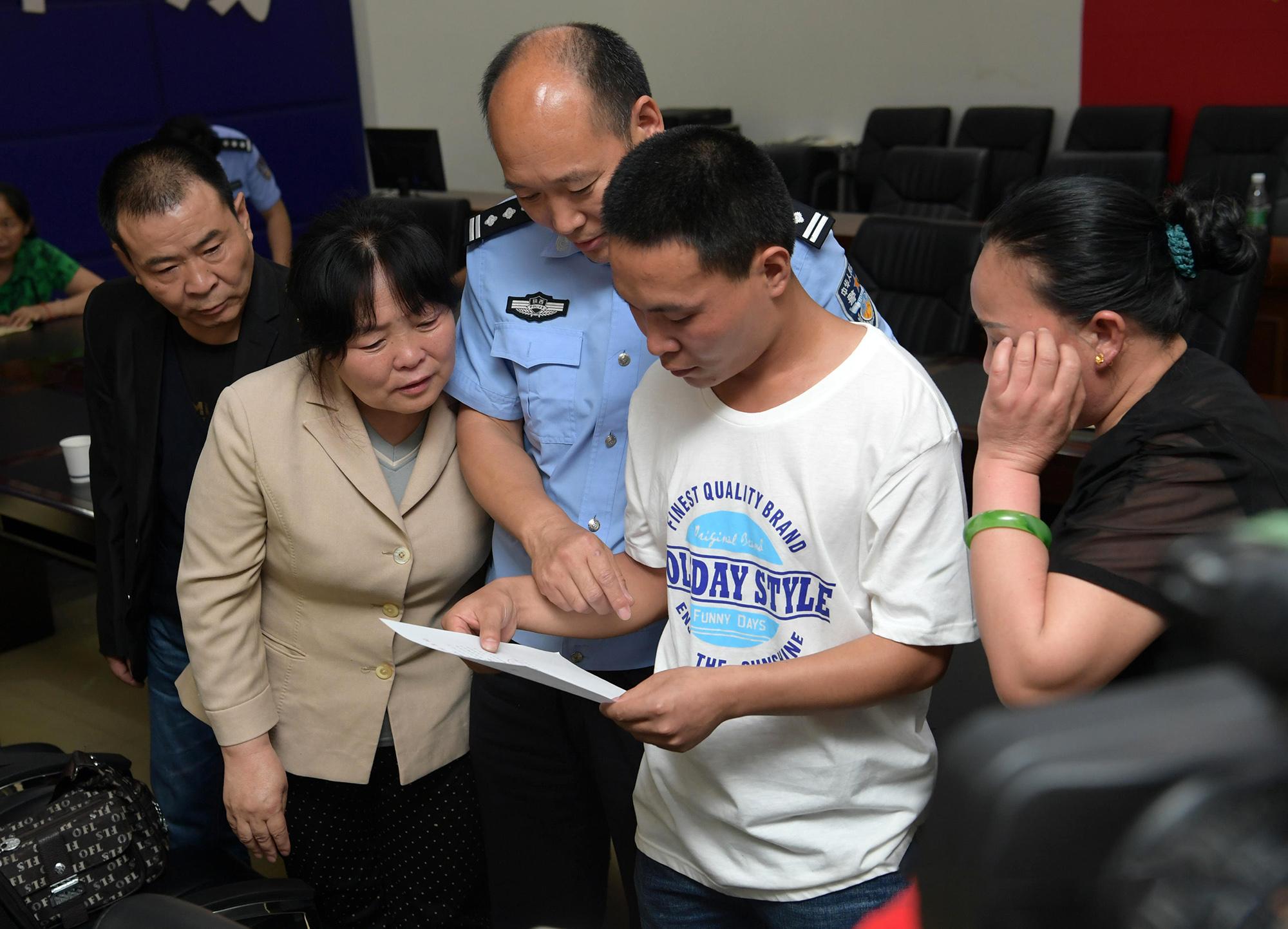 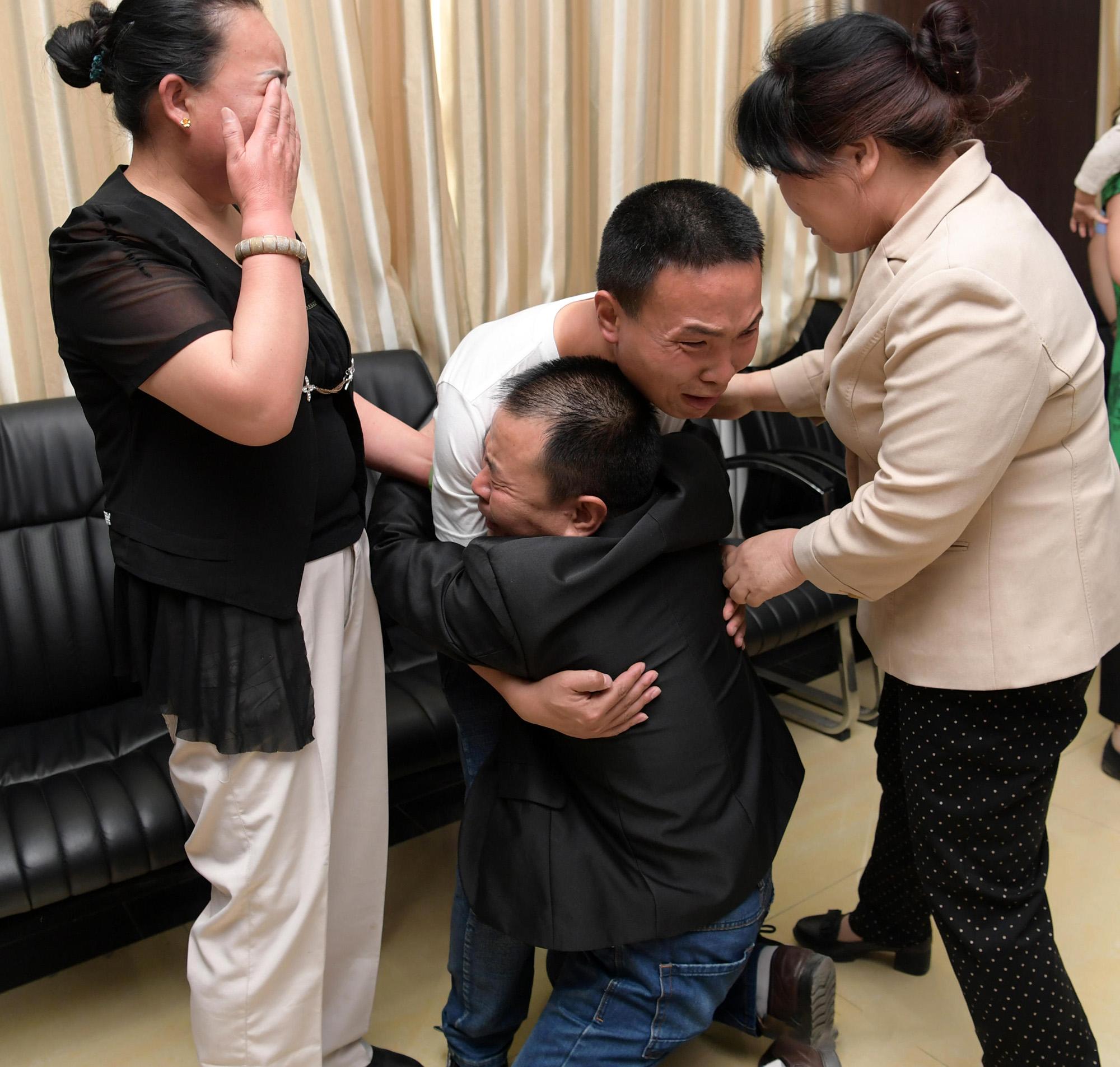 It is unclear whether the couple made further efforts in their hometown to find the boy's parents or how they were able to register him for school.

Meanwhile, Li Shunji and Du Li "never stopped looking" for their firstborn, even after having twins a few years later.

Their twins are now adults too, and they even promised to continue the search for their big brother once their parents got too old.

It was through the help of China's increasingly comprehensive national DNA database that Lei Lei was finally found.

Knowing he had left his birth parents behind somewhere else in China, Lei Lei provided blood samples to the authorities through NGO Baobei Huijia in hopes of being reunited with them.

Lei Lei's biological parents finally did the same in 2017, and a match was eventually found.

During their tearful reunion, Li Shunji reportedly said to his son: "We've finally found you! We'd been searching for 24 years."

Reports have not revealed the identities of Lei Lei's foster parents or whether they would be punished for not turning him in earlier.