A DAD has ditched what was left of his elaborate front garden Christmas lights display — after thieves stole it twice.

Strings of lights, reindeer and a train on a track — worth almost £2,000 — were taken over the course of two nights. 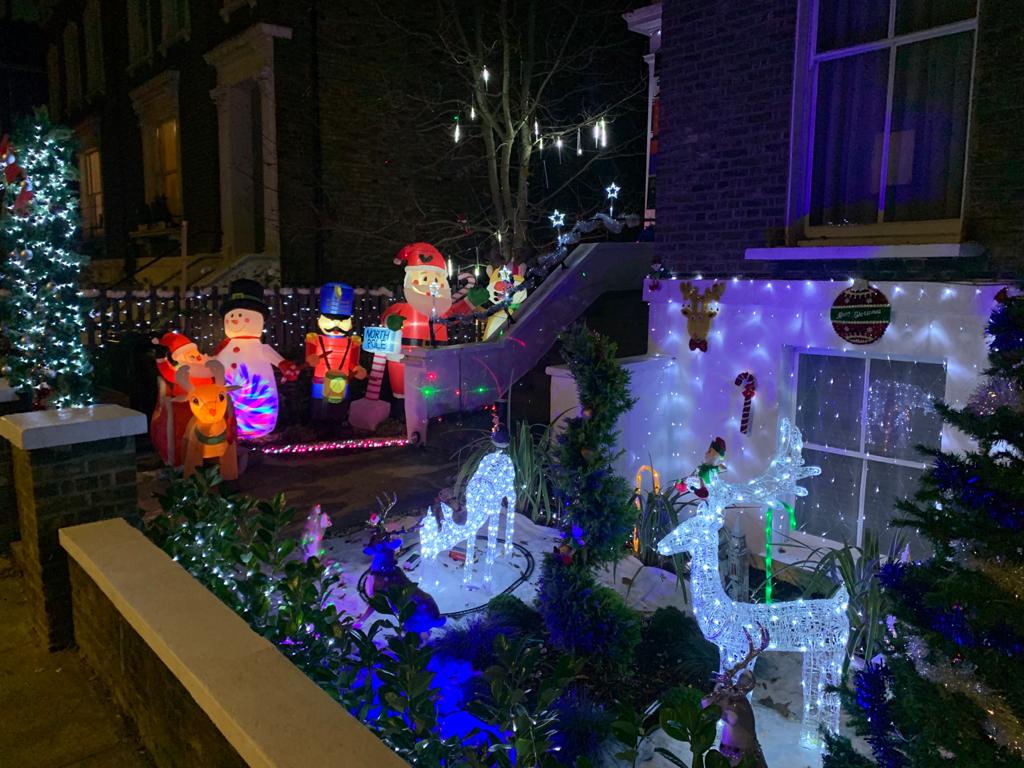 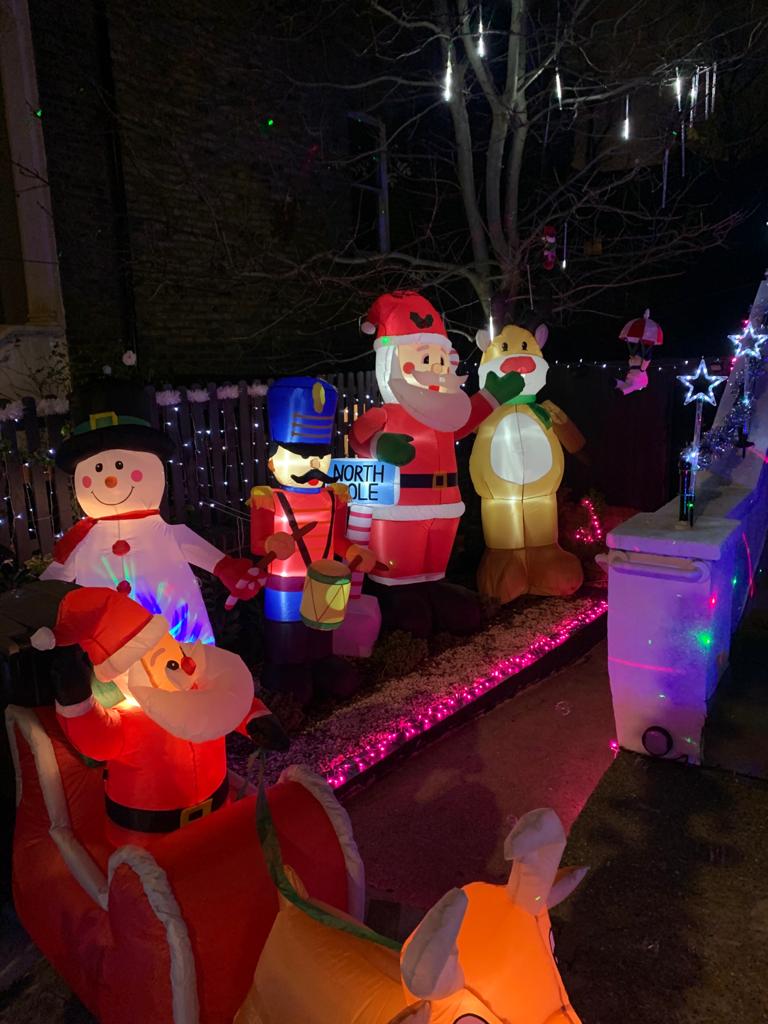 Paul Brunt, 38, told The Sun: “We had some bits stolen last week and then returned.

“But then when I put them up again someone else stole them two nights later. My two kids are devastated.”

Paul’s dad died this year and it was their tradition to hang the Christmas lights together.

He added: "My dad absolutely loved Christmas, it brought him such joy.

"We always did the lights together, and this was my first Christmas without him.

"It's just upsetting – and worrying to think someone is stalking our house to steal our Christmas decorations."

Now a note on construction manager Paul’s gate in Kentish Town, North London, reads: “It is with great sadness that we have had to remove the display. We’re gutted.”

Luckily Paul caught the Christmas thieves red handed on his CCTV and passed the pictures of cops.

A Met Police spokesman said: "Officers have taken an initial statement and are carrying out enquiries. There have been no arrests." 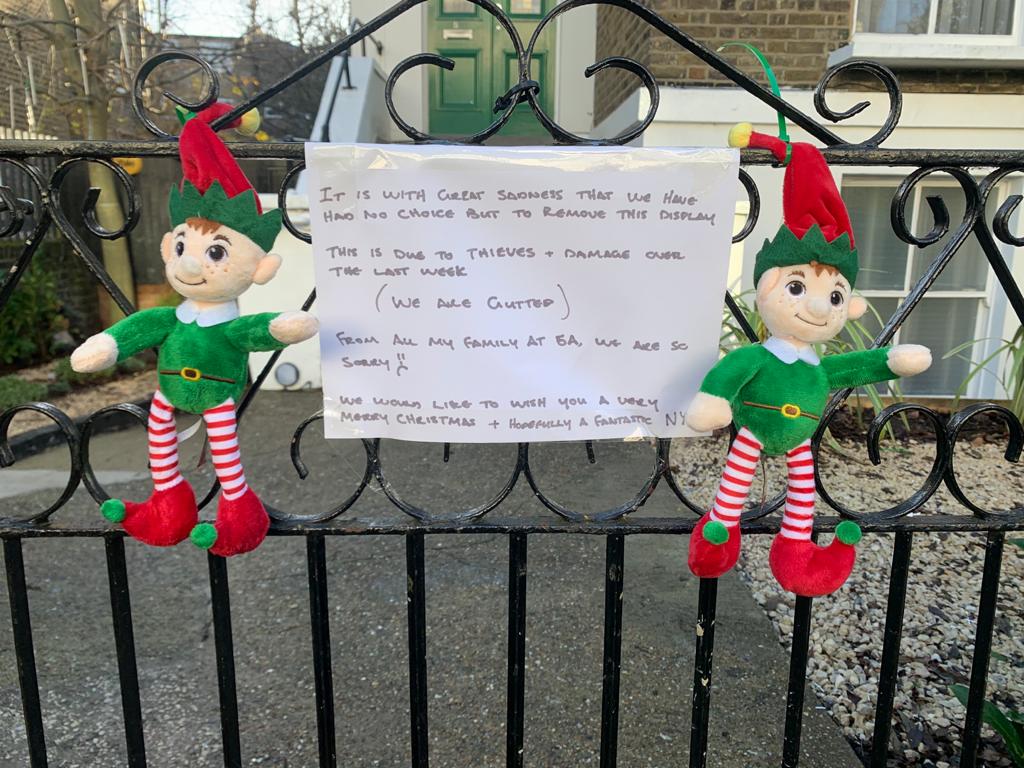