An advert showing two girls hanging upside down while enjoying Dairylea’s iconic cheese triangles has been banned by the advertising regulator.

The video-on-demand ad, seen on ITV Hub, All 4 and My 5, showed two young girls hanging upside down from a railing before one opened the cheese snack and ate it.

14 viewers complained the advert, which was seen last August, could condone or encourage unsafe behaviour that would be dangerous for children to emulate.

The company that made the Dairylea ad, VCCP London, insisted it merely a playful depiction showing two young girls pondering over what would happen if they ate a Dairylea triangle ‘the wrong way round’.

But in banning the advert, the Advertising Standards Authority, which sought advice from children’s safety charities, determined the advert depicted a scenario with a ‘potentially high risk of choking’.

The watchdog also said one complainant had reported that a three-year-old relative ate their food while hanging upside down after seeing the ad. 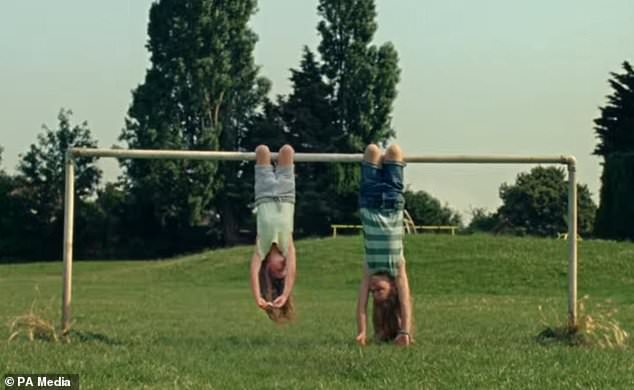 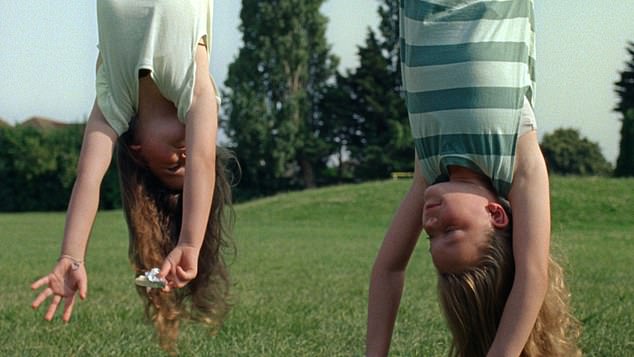 The video-on-demand ad, seen on ITV Hub, All 4 and My 5, showed two young girls hanging upside down from a football goal before one opened the cheese snack and ate it

The ad had also been given an ‘ex-kids’ scheduling restriction, but Mondelez said they were no longer running it and would remove references to eating upside down if they used it in future.

The ad triggered arguments on the parent forum Mumsnet. One contributor described it as ‘appalling’.

She added: ‘I can’t believe how utterly stupid and irresponsible this is an as example.’ Another hit back, saying: ‘Good grief, even the most banal use of humour seems to cause problems these days.

‘When my children were young there was a cereal advert where the children fly off upside down in an aeroplane. They never tried to do it.’ While a third suggested – wrongly – that any complaint to the advertising watchdog would get short shrift.

She wrote: ‘Please do complain, you’ll give someone at the ASA a good laugh.. When I worked in customer service, bonkers complaints made my day.’

Mondelez referred to a study that they said supported their view that a person’s ability to swallow was not affected by the position they ate in, including when eating upside down.

Based on the research, and because Dairylea was a soft food, they considered there was a very low risk of choking when eating upside down. 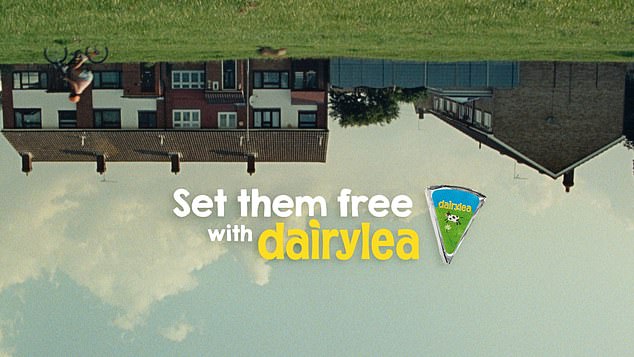 The company that made the Dairylea ad, VCCP London, insisted it merely a playful depiction showing two young girls pondering over what would happen if they ate a Dairylea triangle ‘the wrong way round’ 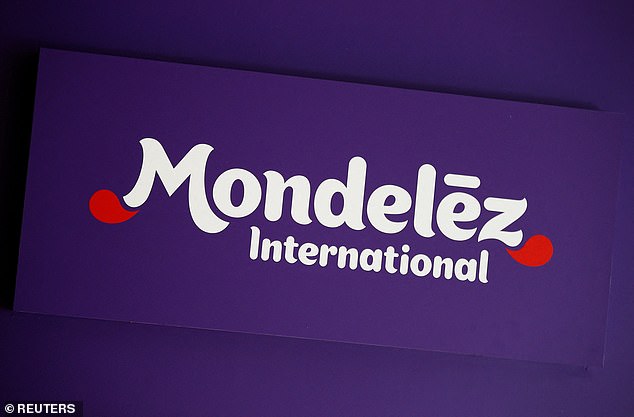 The Advertising Standards Authority (ASA) said it sought advice from the Child Accident Prevention Trust, whose view was that the scenario depicted in the ad represented a situation where there was potentially a high risk of choking.

The ASA also noted that one complainant had reported that their three-year-old relative, after seeing the ad, ate their food whilst hanging upside down.

The ASA said: ‘We therefore considered that eating whilst upside down was an unsafe practice and one which could be dangerous for children to emulate.

‘We therefore concluded that a scheduling restriction was not sufficient to reduce the risk of harm and that the ad breached the Code.’

The ASA ruled that the ad must not appear again, adding: ‘We told Mondelez UK to ensure their advertising did not condone or encourage unsafe practices.’

A Mondelez spokesman said: ‘We recognise and will abide by the ASA’s decision but we are disappointed by the ruling.

‘We carefully consulted with Clearcast to pre-approve the content of this video on demand advert prior to airing.

‘It was aimed at adults (parents) rather than young children and was deliberately scheduled away from programming likely to appeal to children under 16. As such, we believe it was unlikely to encourage ‘copycat’ behaviour by young children.

‘We remain committed to responsible advertising and work with a range of partners to make sure our marketing meets and complies with all relevant UK regulations.’