Metropolitan Police Commissioner Cressida Dick has vowed to continue the search for missing girl Madeleine McCann who disappeared in Portugal 14 years ago.

The Met has so far spent more than £12.5 million since 2011 investigating Madeleine’s disappearance as part of Operation Grange.

Madeleine, who was aged 3 when she disappeared while on a family holiday in Praia da Luz, Portugal on May 3, 2007. 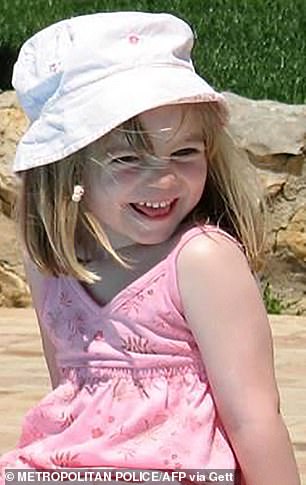 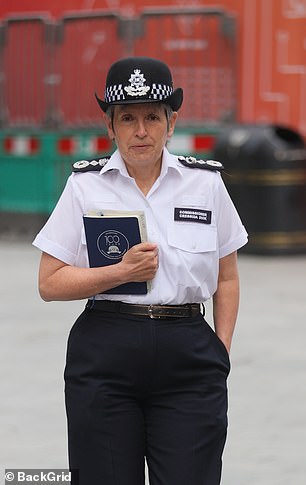 Metropolitan Police Commissioner Cressida Dick, pictured, said this morning Scotland Yard will continue its investigation into the disappearance of Madeleine McCann, who vanished in May 2007 while on a family holiday in Praia da Luz, Portugal 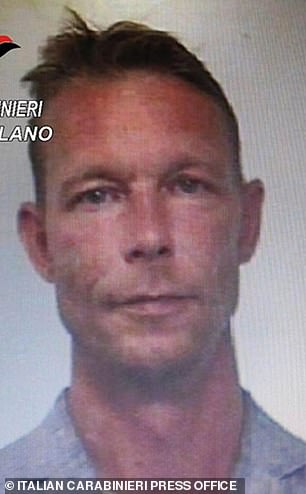 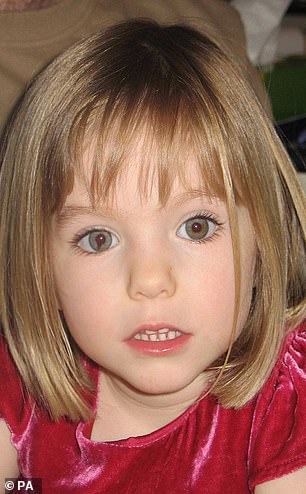 German national Christian Brueckner, left, is the prime suspect in the disappearance of Madeleine McCann, right

Interviewed this morning on LBC by Nick Ferrari, Commissioner Dick said the investigation will ‘continue until there is nothing left do do’.

She said: ‘We are working closely with Portuguese authorities and the German authorities, and we will continue until there is nothing left to do.’

Asked if there are funding issues with the investigation, she said: ‘There is not a funding issue. So far (we have) received support every time we have felt there was a line of inquiry to pursue.’

Detectives received a further £300,000 in March to continue the investigation until 2022.

The prime suspect into Madeleine’s disappearance is German national Christian Bruekner who is currently serving a sentence for raping a pensioner in Portugal.

Prosecutor Hans Christian Wolters, who is leading the McCann investigation in Germany, has previously said he has ‘concrete evidence’ Christian Brueckner, 43, killed her.

Investigators believe convicted child sex offender Brueckner murdered Madeleine, then three, after abducting her from a holiday apartment in Praia da Luz in May 2007.

The disappearance of Madeleine McCann

Madeleine McCann, known as Maddie, disappeared from a holiday apartment in Portugal’s Praia da Luz on May 3, 2007.

She was on holiday with her parents, Kate and Gerry McCann; her two-year-old twin siblings; and a group of family friends and their children.

She and the twins had been left asleep at the apartment, while the McCanns and friends dined in a restaurant 55 metres (180 ft) away.

The parents checked on the children throughout the evening, until Kate discovered she was missing at 10pm.

What followed is widely regarded as one of the most reported on missing person investigations in the world.

Scotland Yard launched their own investigation – Operation Grange – in 2011 and enquiries are ongoing.

Brueckner – referred to as Christian B in Germany due to the country’s strict privacy laws – was identified as a suspect in June, but prosecutors do not have enough evidence to charge him.

At the time, the Met said its active investigation into Madeleine’s disappearance, Operation Grange, is a missing person inquiry as there is no ‘definitive evidence whether Madeleine is alive or dead’.

Brueckner is currently serving a prison sentence for drug trafficking and is expected to remain behind bars until 2026 after losing a bid to overturn a rape conviction.

He was last year found guilty of the 2005 rape of a 72-year-old American woman in the same Portuguese resort from which Madeleine vanished and sentenced to seven years in jail, at a court in Brunswick, Lower Saxony.

Madeleine  had been left sleeping alone with her younger twin siblings while her parents were dining in a nearby tapas restaurant with friends.

Authorities hope to be in a position to charge Brueckner by the end of the summer, with a reconstruction soon due to take place in the Praia da Luz resort following a tip-off from a key witness.

It comes after Madeleine’s parents said this month they ‘hang on to hope, however small’ that they will see their daughter again as they marked the 14th anniversary of her disappearance alone.

In a message shared online, Kate and Gerry McCann noted that this year’s anniversary was even more poignant because it would have been missing Maddie’s 18th birthday.

The message, which was shared on the Find Madeleine website, read: ‘Every May is tough – a reminder of years passed, of years together lost, or stolen.

‘This year it is particularly poignant as we should be celebrating Madeleine’s 18th birthday. Enough said.’