Damilola Taylor’s father has hailed his son’s school friend and Hollywood actor John Boyega a ‘hero’ after he gave an impassioned speech at a Black Lives Matter protest.

Star Wars actor Boyega was one of the last people to see 10-year-old Damilola before he was stabbed to death with a broken bottle in 2000.

This week the star, now 28, rallied for justice in Hyde Park following the killing of 46-year-old Minneapolis man George Floyd, telling thousands of people: ‘I’m speaking from my heart. Look, I don’t know if I’m going to have a career after this but f*** that.’

The father of murdered schoolboy father Richard Taylor, 64, told The Mirror: ‘Damilola would be proud of his friend – John is a hero.’ 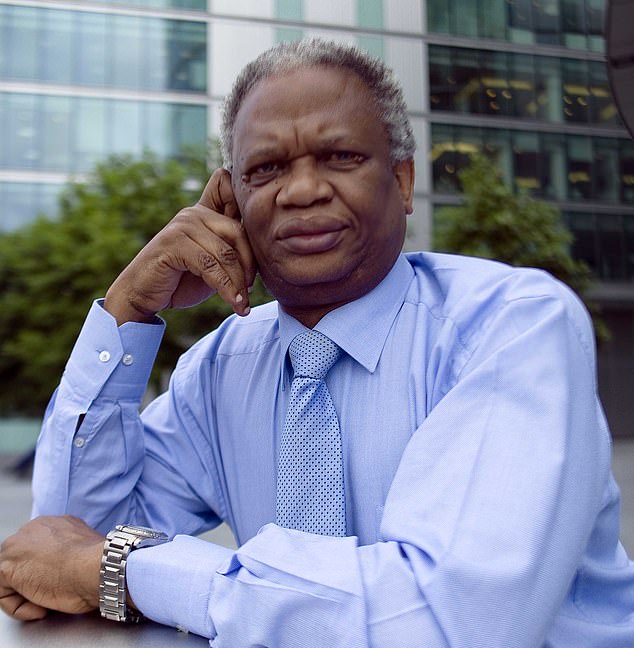 Damilola’s father Richard, 64, hailed Boyega as a ‘hero’ as he told The Mirror that ‘George Floyd must not die in vain 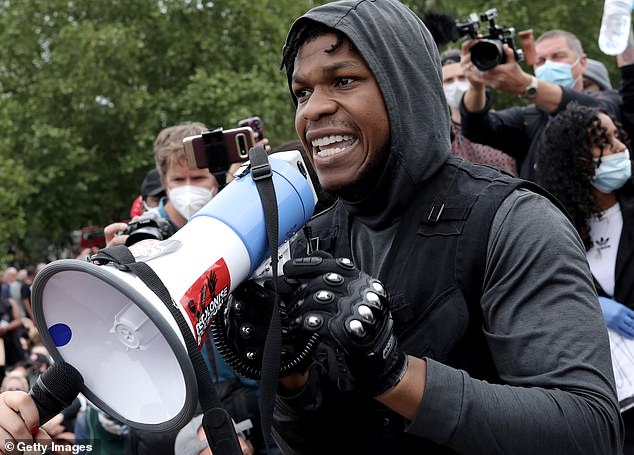 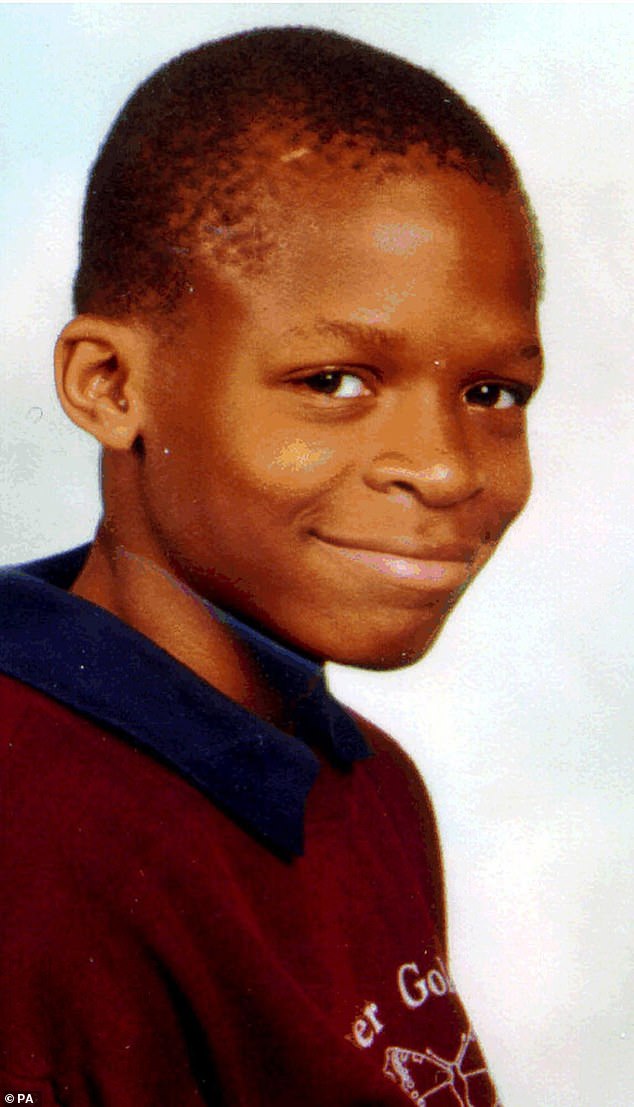 Mr Taylor added: ‘I hope young people can be inspired by the wonderful role model John has turned out to be. You can only imagine my pride that Damilola’s school friend has become a Hollywood icon.

‘I think Damilola would have been a hero at the moment as well, as he was dreaming to be a doctor.’

The savage murder of Damilola in Peckham in an unprovoked attack 20 years ago sparked nationwide outrage.

The youngster was walking from after leaving a computer class at his local library when he was stabbed and was discovered bleeding to death in a stairway, having left a 30-metre trail of blood behind him.

Shortly before his murder he had written a school essay in which he revealed he hoped to save the world one day, his father said.

Brothers Danny and Ricky Preddie, then aged 12 and 13, were convicted of Damilola’s manslaughter in 2006.

CCTV footage released at the time of the murder showed Damilola entering a lift with two unidentified friends, later revealed to be Boyega, then aged eight, and his sister, aged 10, the Mirror reported.

He admitted his eldest son Tunde was recently stopped and searched in what he described ‘racial profiling’ and called for fairness and accountability among police.

Mr Taylor said officers told Tunde they got smell weed, but released him after a check found he was not in possession of the drug.

He said the incident had left his son ‘distressed and hurting’ and that ‘such trauma is, sadly, a way of life for the black community’.

Boyega’s involvement in the protests come after the killing of George Floyd in Minneapolis on 25 May.

Police officer Derek Chauvin, 44, has been sacked and charged with second-degree murder after video footage emerged of him kneeling on Floyd’s neck as he gasped ‘I can’t breathe’ and begged for his mother.

Three other officers, also sacked from their jobs, have been charged with aiding and ­abetting second-degree murder.

Mr Taylor  said that what was happening in America was ‘almost beyond belief’ and told The Mirror that ‘George Floyd must not die in vain’.

‘The world must unite to condemn killings of black people and the societal racism we have suffered,’ he added.