Dan Hodges: Well done, gang, you’ve done us Remainers proud. Which is exactly why you MUST stop now, or we will all be sorry

The Tory Remain rebels have fought an impressive fight. They have bravely defended the right of Parliament to hold the executive to account, stood firm in the face of the sort of abuse normally reserved for war criminals or England football managers, and spoken loudly and proudly on behalf of the 48 per cent of the British people who resolutely refuse to be swept up in the fervour of the Brexit revolution. But this week they must take a deep breath, take a step back, and put their faith in Theresa May.

It will be hard. The events of the past seven days have left deep bruises. ‘It does feel, I have to say, to be blunt about it, it seems a bit like a slap in the face,’ Dominic Grieve lamented after his proposed amendment to the EU Withdrawal Bill was discarded by Downing Street.

But there is more at stake here than wounded pride. Britain this morning stands on the brink of a constitutional crisis. If Theresa May is defeated in her impending game of parliamentary ‘ping-pong’ with the House of Lords, then it is not just the Brexit negotiations and her Government that will be fatally undermined. In that instant the nation will effectively become ungovernable. 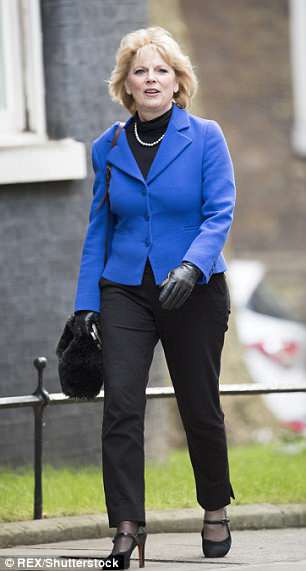 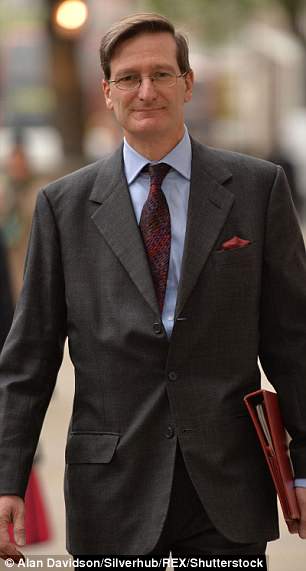 Anna Soubry and Dominic Grieve have concerns over the Brexit negotiations

As Ministers and rebels have engaged in their increasingly fractious and tortuous dialogue, claims of duplicity and double-dealing have been hurled and rebutted. But there are some hard facts that both sides are going to have to confront.

ONE is that Theresa May misled the Remainers. A charitable interpretation is she did so unintentionally. A less charitable one is that she mugged them in an effort to save her own skin. But regardless of motive and method, on Tuesday Dominic Grieve and his allies believed their concerns would be fully addressed by a Government amendment, hence the 11th-hour withdrawal of their own. By accident or design, they were duped.

What is equally apparent is that by tabling such a strongly worded motion, Grieve over-reached himself. Upholding the sacred right of Parliament to scrutinise legislation is one thing. But his text went way beyond that, stipulating that in the event of a deal being rejected by the Commons, the Prime Minister ‘must follow any direction in relation to the negotiation under Article 50’. That was an untenable demand. Setting aside the issue of centuries of constitutional precedent, the idea that MPs could elbow aside Ministers and begin setting the terms of negotiations themselves was utterly impractical.

As one Government official scornfully noted: ‘We haven’t started the procurement process for a negotiating table around which it’s possible to fit 650 MPs.’

Similarly, by presenting his amendment merely as a sensible contingency, only to be triggered in the event a no-deal scenario, Grieve was himself being uncharacteristically disingenuous.

Grieve, Anna Soubry, Nicky Morgan and their allies believe the end justifies these slightly underhand means. They genuinely think they represent the last line of defence against a kamikaze Brexit. And for that they deserve respect, not slurs about their patriotism or their parentage.

But they are also wrong. The last line of defence against a kamikaze Brexit is Theresa May.

The Prime Minister was pilloried last week for her negotiating stance. ‘A farce’ was one of the more polite descriptions from one Brexit-supporting newspaper.

Even Downing Street insiders characterise their progress as ‘several steps forward, then a couple back’. But they also – correctly – point out that the overall direction of travel is consistent. Towards a sensible, pragmatic Brexit.

For all the criticism she has received from Tory Remainers over the past few days, Mrs May has demonstrated time and again she too is prepared to stand up to her hard-Brexit zealots. Over the divorce bill. Over the transition period. Over ECJ rulings during that transition. Over a customs arrangement. Indeed, not just stand up to them, but face them down, as Boris Johnson’s perennial frantic redrawing of his ‘red lines’ attests.

But if the Prime Minister is undermined this week, then she will no longer be in a position to stand up to anyone. At that point a leadership challenge would almost certainly be mounted, one that if successful would result in the election of a far more Eurosceptic Tory leader.

Or worse. The removal of Theresa May might give a brief moment of satisfaction to the Remain and hard-Brexit factions. But it would not break the Commons deadlock.

And that is the real danger presented by the Grieve amendment. We are now on the cusp of entering a period of parliamentary purgatory. The Prime Minister attempts to negotiate a deal. The Commons rejects it. A new Prime Minister is dispatched to negotiate a new deal. That in turn is rejected. Tory – and moderate Labour – fears of a Corbyn government prevent a dissolution of the House and an early Election. And so the cycle repeats itself. At which point the Government ceases governing. 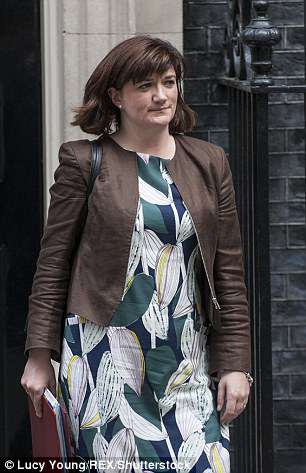 Nicky Morgan is one of the Tory rebels

The country deserves better than this. As does Theresa May. Twelve months ago her premiership was over. The horrific fire at Grenfell, and catastrophic Election result, had created a perfect storm. In a matter of months Corbyn and his legion of White Walkers would be marching up Downing Street.

BUT with the tenacity and bloody-mindedness that have become her trademark, the PM has stabilised her position. Labour’s lead in the polls has been reversed. The Corbynites’ crude attempt to leverage the Grenfell tragedy into a transitional political moment has failed. And, as we report today, a dramatic cash injection for the NHS demonstrates she is finally throwing off her instinctive caution, delivering the kind of major ‘visible from space’ policy announcements Ministers have been crying out for.

Then there is Brexit. It has been an ugly process. But the Government is inching forward. David Davis has won the argument for publication of a Brexit White Paper. It will be signed off at next month’s Chequers away-day, after which it will form the basis of Mrs May’s official negotiating position.