This is the incredible moment a daredevil kite surfer completed a hair-raising 650ft leap into the sea.

Olly Bridge, 21, had been eyeing up the jump from the Exe Estuary in Devon since the autumn but said he had to wait for the perfect tidal and wind conditions.

He finally found them on Sunday morning and performed the mammoth jump from a sand spit and into the sea- the biggest jump he has ever attempted.

However, he added that he intended to make bigger jumps in the future and that Sunday’s jump was ‘very doable’.

Olly said: ‘I was pretty stoked to make it over. I’ve been wanting to jump that for a while because it is a very doable size – it’s big but not too big.

‘There were a couple of obstacles I had to look out for – a few groynes, that sort of thing.

‘The take-off wasn’t that easy because it is quite shallow too so you need a specific tide. 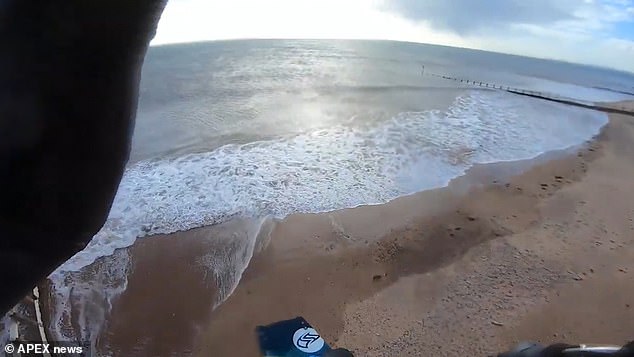 Daredevil kite surfer Olly Bridge, 21, leapt from a sand spit the Exe Estuary in Devon, 650ft into the sea 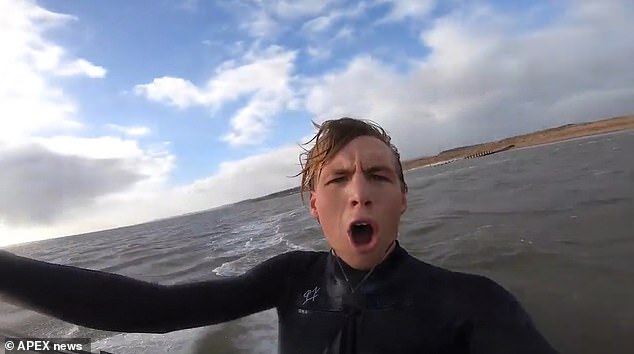 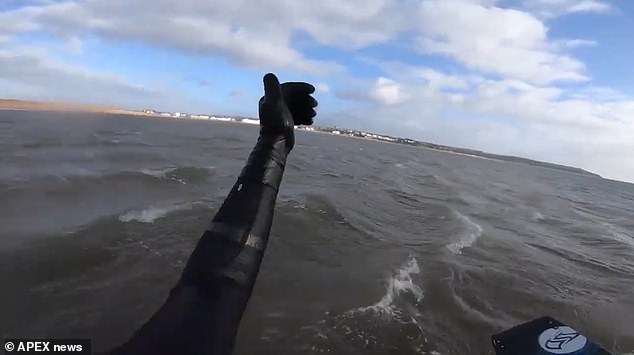 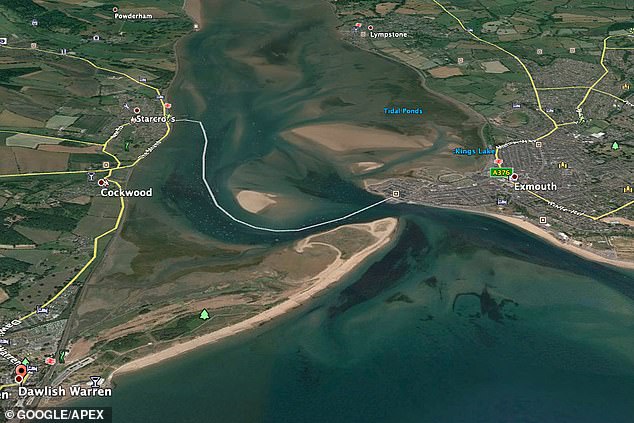 Using his kite, he jumped from the sand pit and into the sea. Speaking about his leap, he said: ‘I’ve been wanting to jump that for a while because it is a very doable size – it’s big but not too big’ 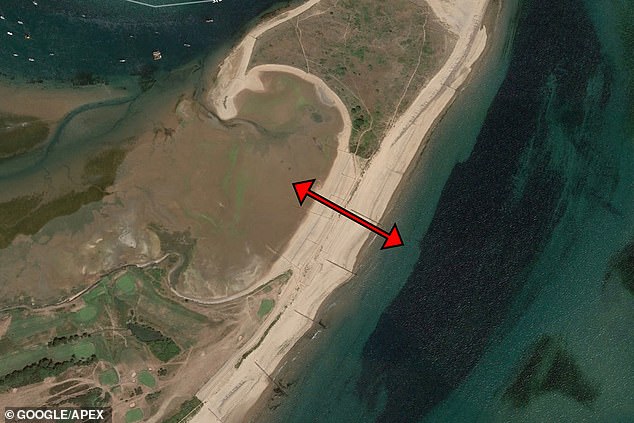 ‘When it’s high tide it’s easier – when it’s low tide a lot of it is dried out – but on Sunday it was high tide and there was a strong wind as well so it just made it good conditions to do it.

‘Pretty much as soon as I took off I knew I had it.’

Olly, from Exmouth, is a full-time kite surfer, although he also spends time working in his parents’ kite surfing shop, Edge Watersports.

While he admitted the jump was the biggest he had done, he said there were bigger ones out there.

‘It’s definitely the longest gap I have jumped.

‘I’ve done one of 70m before but the one yesterday was much bigger,’ he said.

‘In kite surfing terms it’s not huge though. I’ve done some big jumps before. I wasn’t really thinking of much when I was doing it, just concentrating on making sure I made it.’