Daunte Wright’s death sparked a second evening of civil unrest on Monday when hundreds of Minnesota citizens defied a curfew order and congregated at the Brooklyn Centre police station, chanting Mr Wright’s name. Officers in riot gear fired a small number of gas canisters and flash-bang grenades in an effort to dissipate the crowds after some protestors threw bottles. As police ordered crowds to “move back!”, they chanted back: “Hands up! Don’t shoot!” National Guard troops had been expected to more than double to 1,000 by Monday night in case the situation escalated further.

Who was Duante Wright?

Daunte Wright was a 20-year-old Black man living in the Minneapolis suburb of Brooklyn Centre.

Mr Wright was fatally shot by a police officer, Kim Potter, during a traffic stop in his home area.

Police have since released more information on the death of Mr Wright, including graphic body camera footage of the event.

According to Police Chief Tim Gannon, the officer involved and who is now on leave, was supposed to reach for her Taser stun gun. 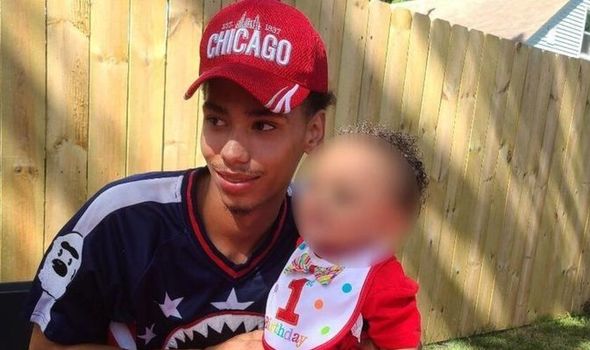 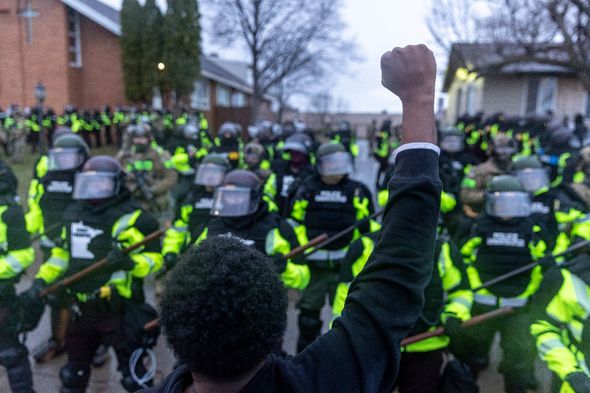 But the video shows the female officer holding what looks to be a gun before shooting Mr Wright amid a struggle with other officers.

Police officials believe she accidentally used her gun instead of the intended taser, with the officer recorded on body cam saying: “Holy s***, I just shot him.”

Chief Gannn told a press conference on Monday: “This appears to me, from what I viewed and the officer’s reaction in distress immediately after, that this was an accidental discharge that resulted in the tragic death of Mr Wright.” 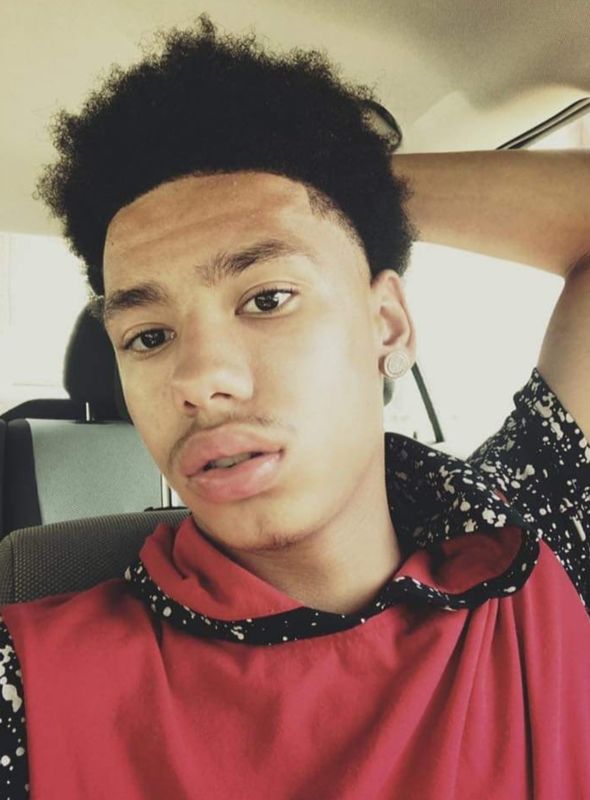 Authorities said Mr Wright was pulled over for having an expired vehicle registration, and that police tried to arrest him after finding out he had an outstanding warrant.

Mr Wright managed to drive for several streets before crashing his car and dying from a gunshot wound to the chest, according to the medical examiner.

The family of Mr Wright don’t accept the conclusion it was an accident, however, with Mr Wright’s half-brother Dallas saying his “brother lost his life because they [police] were trigger happy”.

Mr Wright’s mother Katie Wright said: “My heart is broken in a thousand pieces, I miss him so much and it’s only been one day.

“He was my life, he was my son, and I can never get that back. Because of a mistake? Because of an accident?”

Brooklyn Centre mayor Mike Elliot called the shooting “deeply tragic” and said he wants the officer to be dismissed from her role.

DON’T MISS
George Floyd children: How many children did George Floyd have? [EXPLAINED]
We are not racist but we still have a long way to go, says JAMES WHALE [COMMENT]
Derek Chauvin trial: What George Floyd case will mean for USA and BLM [ANALYSIS] 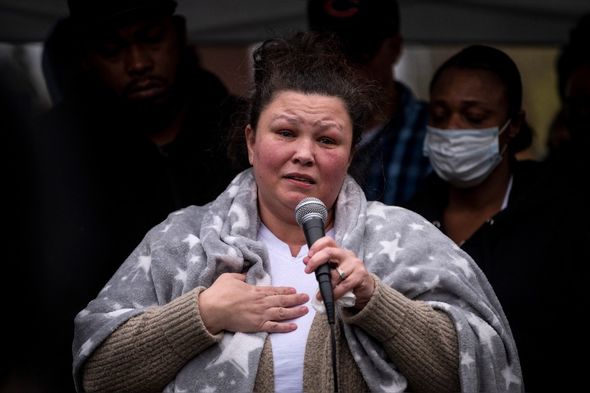 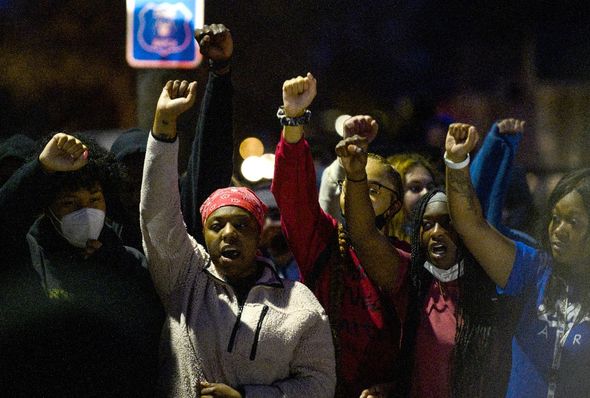 Why are there protests in Minnesota?

The protests in Minnesota are about the death of Mr Wright at the hands of police officer, an all-too-common occurrence in the US.

Tensions in Minneapolis remain very high anyway due to the trial over the death of George Floyd taking place just 10 miles away.

President Joe Biden has called for a “full-blown investigation” into the matter but urged people to remain peaceful.

The lawyer who helped win a $27million settlement for the George Floyd family said he was now representing the Wrights.

Attorney Ben Crump said in a statement: “Daunte Wright is yet another young Black man killed at the hands of those who have sworn to protect and serve all of us – not just the whitest among us.”

The Minnesota Bureau of Criminal Apprehension, part of the state’s law enforcement team, is investigating the incident, but there are calls for a separate and independent body to carry out its own inquiry.

A statement from the group said it had “deep concerns that police here appear to have used dangling air fresheners as an excuse for making a pre-textual stop, something police do all too often to target Black people”.