‘Ignore this catastrophe at your peril’: Former Foreign Secretary DAVID MILIBAND says UK must not let Yemen ‘become the next Afghanistan’ as country suffers humanitarian crisis with lack of food and water

The little boy, probably 18 months old, screamed as his mother handed him to the nurse to be weighed. He was about 14lb.

The measurement of his upper arm confirmed the diagnosis: severe acute malnutrition.

Welcome to the former British colony of Yemen, and a health clinic in the capital Sana’a supported by the International Rescue Committee (IRC), the global relief charity I’ve been president of since 2013. 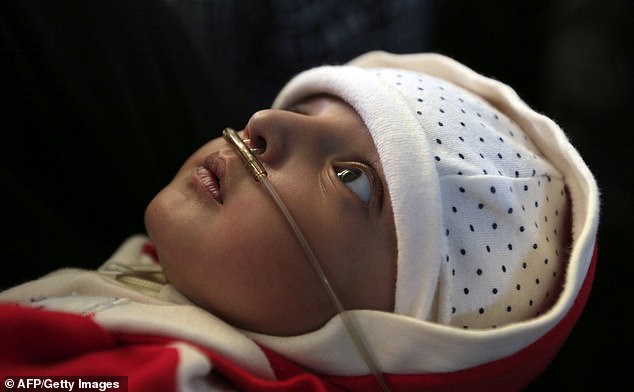 Half the population has no access to clean drinking water.

Last year saw the largest cholera outbreak in recorded history. And 22 million people, over 80 per cent of the population, need humanitarian aid.

Shamefully, this crisis is man-made. It’s the result of a brutal civil war, in which Britain is heavily implicated, but which far too few people know about.

My visit to Yemen this week convinced me the world needs an urgent wake-up call.

Yemen matters for reasons beyond the morality tale that people are dying for no good reason.

In its suffering and chaos, the only winners are Al Qaeda and Islamic State, who are gaining ground.

The great danger is that, as more people die, Yemen becomes the new Afghanistan, a terrorist breeding ground that threatens life and limb way beyond its borders.

The proximate cause of the war is a rebellion four years ago by troops belonging to an Islamic tribe called the Houthis.

They stormed the capital, drove out the government and established their rule over more than 70 per cent of the population. Now they are dug in.

The Houthis draw their support from a conservative sect of the Shia branch of Islam. They are a longstanding part of Yemeni society but, in recent years, have gained Iranian backing.

Missiles have been fired from Yemen into neighbouring Saudi Arabia – and the Trump Administration has pointed the finger at Iranian technology.

In retaliation to the Houthi coup, a coalition, led by Saudi Arabia and supported by the UK and US, was formed to drive them back.

It has the support of a UN Security Council Resolution, passed in 2015 at a time when the Obama administration was determined to balance its pursuit of a nuclear deal with Iran with support for Saudi Arabia.

The UN resolution offers a carte blanche to wage war, but no roadmap to win peace. Little wonder that the situation in Yemen threatens to spiral out of control.

The coalition has mounted more than 18,000 bombing raids to drive out the Houthis. America is the major arms supplier, but Britain is there too.

Although more than 7,500 civilians have been directly killed in the fighting, and the UN has denounced ‘widespread and systematic attacks on civilian targets’, US Secretary of State Mike Pompeo recently gave the all clear for more arms sales.

But you cannot bomb your way to victory in a civil war. Surely that lesson was learnt in Vietnam. 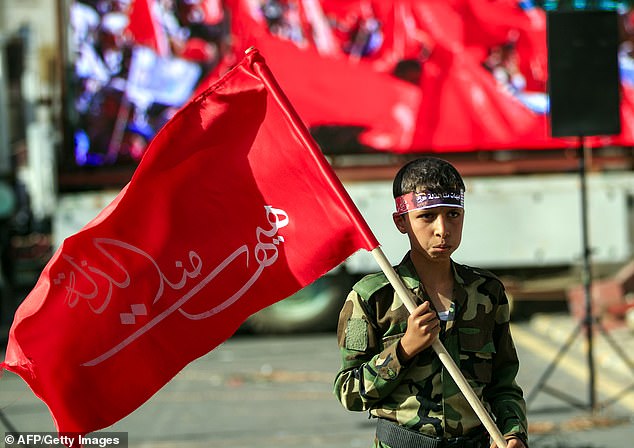 The current focus of the military effort, and the humanitarian crisis, is the port city of Hodeidah, on the Red Sea.

A wide-ranging alliance, including supporters of exiled President Hadi, has been driving up from the South.

Everyone fears a siege of the city, where 300,000 people still live, or an all-out assault. The UN Special Envoy has said such an attack would cut off peace talks at the knees.

I tried to visit Hodeidah, but could only get as close as Bajil, a bustling town 30 miles away, because of the fighting.

But I met International Rescue Committee staff who had escaped the conflict, and families displaced by fighting.

They told me about missiles destroying hospitals, land mines threatening civilians, a climate of fear stalking the city.

And not just any city. Up to 80 per cent of Yemen’s humanitarian and commercial supplies are meant to flow through Hodeidah’s port.

The UN calculates that only a fraction of the needed supplies are getting through.

Food prices are skyrocketing; I saw queues half a mile long at petrol stations because of the fuel shortage.

The humanitarian consequences of this war are clear. Families traumatised, infrastructure smashed, the economy shredded.

But the political consequences of a war that no one is winning are to push a sustainable peace further away.

Far from weakening Iranian influence, experienced Yemen watchers like former CIA analyst Bruce Riedel of the Brookings Institution in Washington are convinced the Iranians have a stronger foothold than when the war began.

Meanwhile, the threat from extremist groups is growing. Al Qaeda of the Arabian Peninsula is indigenous to Yemen. It is a real threat. Islamic State is incubating there too.

Nothing comes to mind as strongly as the old adage: When in a hole, stop digging. We should all be imploring Theresa May and Jeremy Hunt, as they head to New York for the UN General Assembly this week, to get a grip.

The UK ‘holds the pen’ at the United Nations, which means we are in charge of the process to draft and agree UN Resolutions. 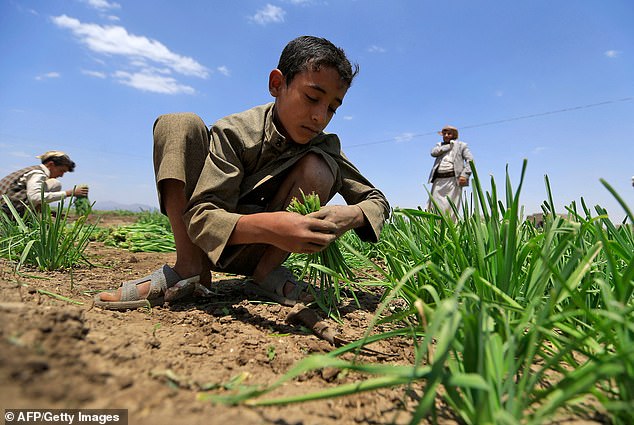 Yemeni farmers work in a vegetable field on the outskirts of Sanaa, the country’s capital city

At the moment there is inertia where there needs to be action.

Yemen’s war needs a new approach. And Britain should provide it. Don’t let anyone tell you that nothing can be done.

Step one is a ceasefire. Freeze current positions. Stop the killing. It is bold but necessary.

Four years of war have delivered nothing but misery, so we should try a period of peace. That would allow a massive injection of vital humanitarian relief.

The key is that the ports, above all Hodeidah, start operating at full capacity. The priorities are food, supplies and medicines.

The best solution would be for the UN to take over Hodeidah’s administration from the Houthis.

Then a massive issue: Yemeni doctors, nurses and teachers are not being paid because of the war.

At the International Rescue Committee clinic in Sana’a the staff were desperate: they could not support their own families, but were expected to help others. It is criminal for soldiers to be paid but not vital life-saving staff.

The IRC has 800 people working in Yemen (and they are paid with aid money). They are doing amazing work to deliver healthcare, promote employment, and fix water and sanitation.

But you cannot run a country on the back of humanitarian aid. Yemen needs to revive its economy.

Opening Hodeidah would allow commercial traffic to flow. Sana’a airport needs to be opened, too, if the economy is to get off its knees.

A ceasefire would also allow the experienced (British) UN Special Envoy, Martin Griffiths, to broker the peace. There are multiple fronts to Yemen’s conflict, but two players are key.

Saudi Arabia wants an end to rocket attacks from over the border. They want a legitimate, stable and unified government restored. Fair enough.

The Houthis want a share in political power, reflecting their 25 per cent of the population. Also fair enough.

Yemen’s lesson, like that of Afghanistan and Iraq, is that there is no winner when each side insists that winner takes all.

One of the people I met in Yemen talked about the ‘death channel’ into which the country has been plunged.

It is a chilling phrase, but it captures the cycle of violence, poverty and crisis that is consuming soldiers and civilians alike. Yemen needs to be hauled out of its death channel. Instead of sponsoring the conflict, outside powers need to get on with stopping it.

I wish I could report that America was going to lead this effort. But it won’t. President Trump says his sole interest is defeating extremism.

But despite the fact that the current strategy is fuelling extremism, there is going to be no leadership from him. He has abandoned America’s role as the diplomatic motor.

Supporters of Brexit, including the Prime Minister and Foreign Secretary, say that it liberates Britain to play a global role. Well, here is their chance.

It should not be called ‘brave’ to break with a failing strategy. It should be called leadership.

That is what the world needs to see this week.