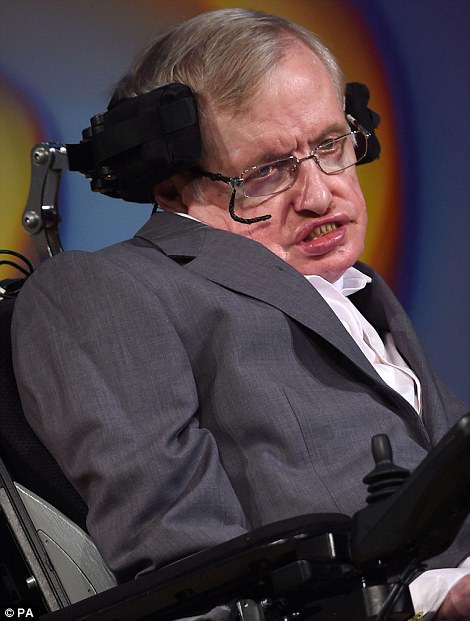 Lily Cole, Anita Dobson and Nile Rogers were also at the memorial service at Westminster Abbey in London, alongside comedians Ben Miller and David Walliams.

The service will see Mr Hawking’s ashes interred alongside those of great scientists Sir Isaac Newton and Charles Darwin, as his voice is beamed into space.

The late scientist’s words have been set to an original piece of music, composed by Vangelis, for the Service of Thanksgiving, and offer a message of peace and hope, Mr Hawking’s daughter Lucy told the BBC.

‘The broadcast will be beamed towards the nearest black hole, 1A 0620-00, which lives in a binary system with a fairly ordinary orange dwarf star,’ she said.

‘It is a message of peace and hope, about unity and the need for us to live together in harmony on this planet.’

The broadcast in space is set to take place following a service which will feature readings and addresses from various people including Cumberbatch, who played the physicist in a BBC drama, and astronaut Tim Peake. 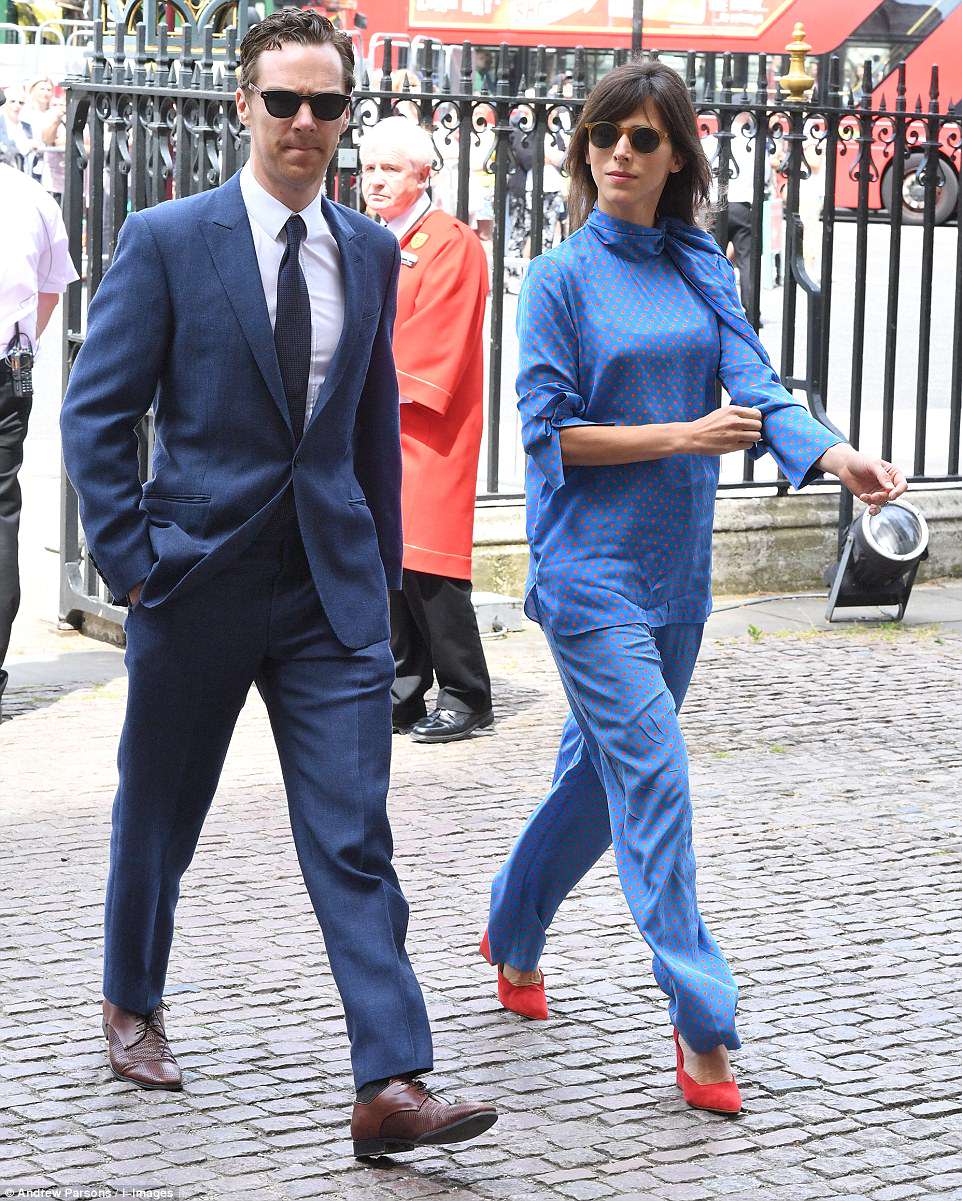 Benedict Cumberbatch, who played the physicist in a BBC drama, and his wife Sophie Hunter arrive for the service today 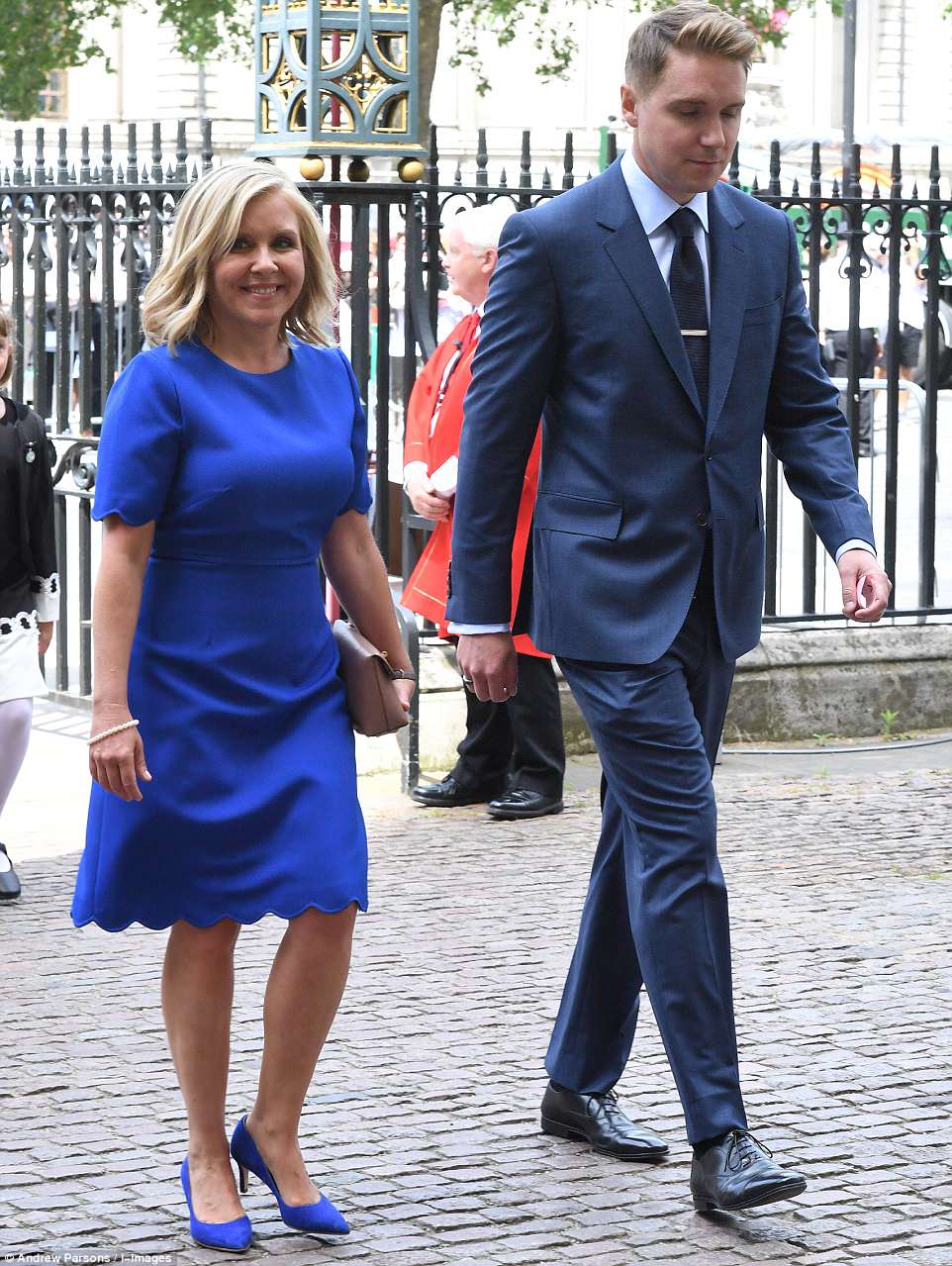 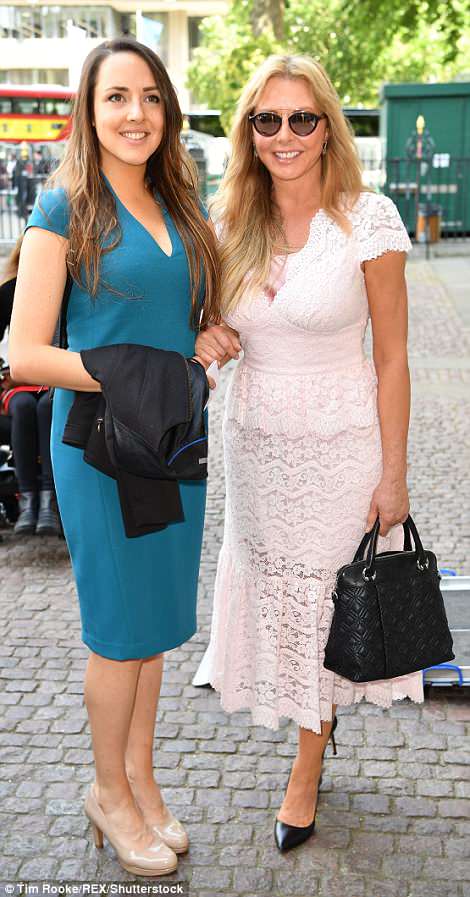 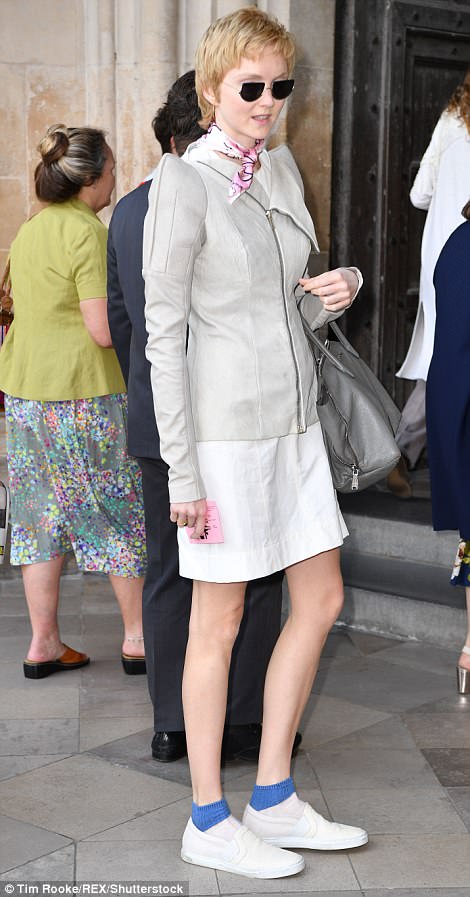 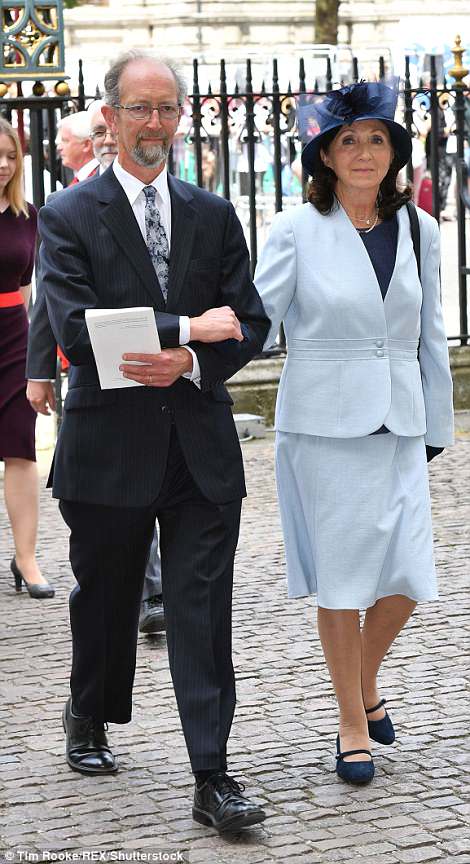 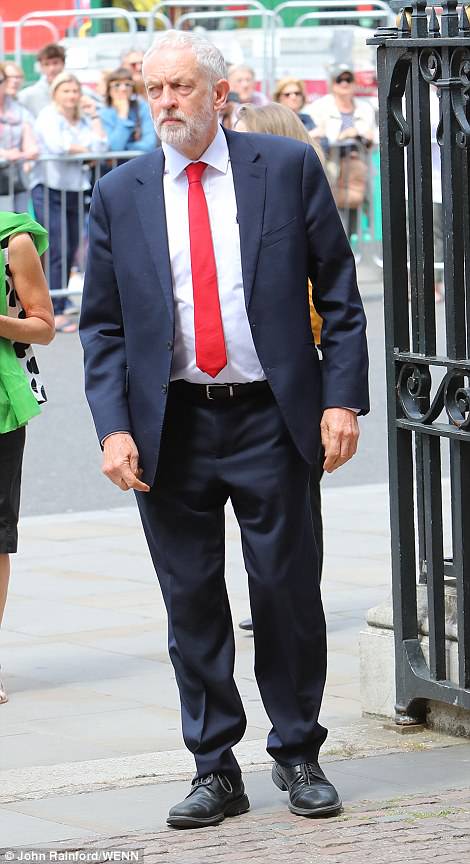 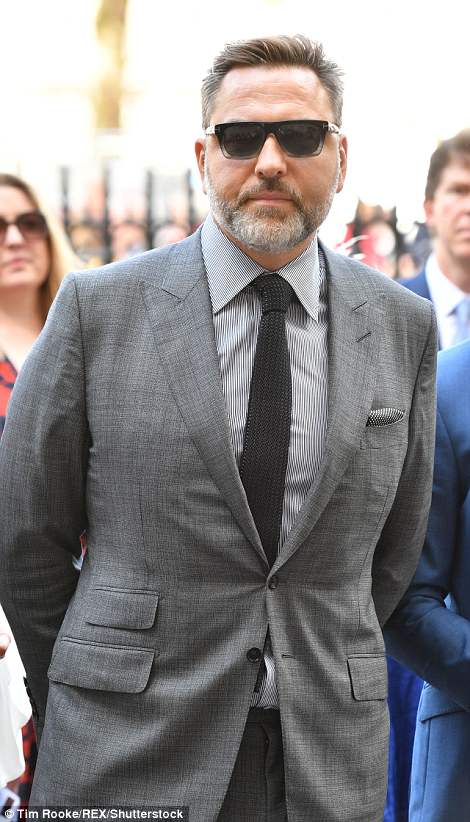 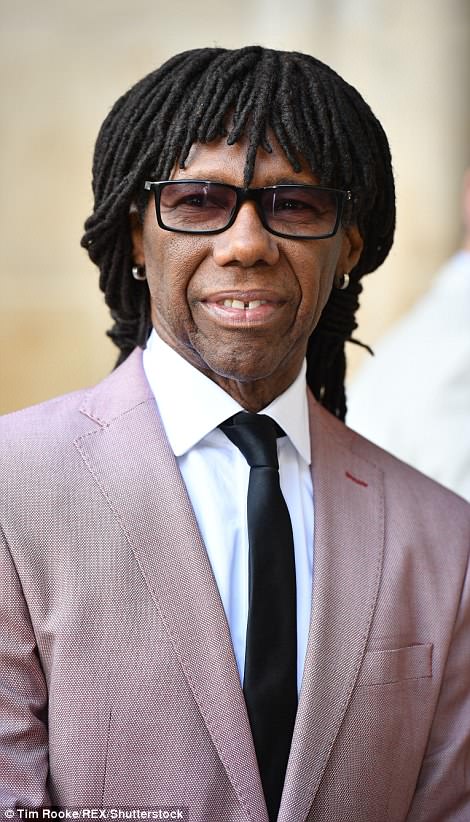 An address will be given by Astronomer Royal Martin Rees, while Mr Hawking’s collaborator and Nobel prize winner Kip Thorne will give a tribute.

Mr Hawking’s children have expressed their gratitude to Westminster Abbey for allowing their father to have a ‘distinguished’ final resting place between the graves of Newton and Darwin.

One thousand members of the public, from more than 100 countries, were offered the opportunity to attend the thanksgiving service after a ballot attracted 25,000 applications for tickets.

They were welcomed to the abbey in by volunteers from the opening ceremony of the 2012 London Paralympic Games. 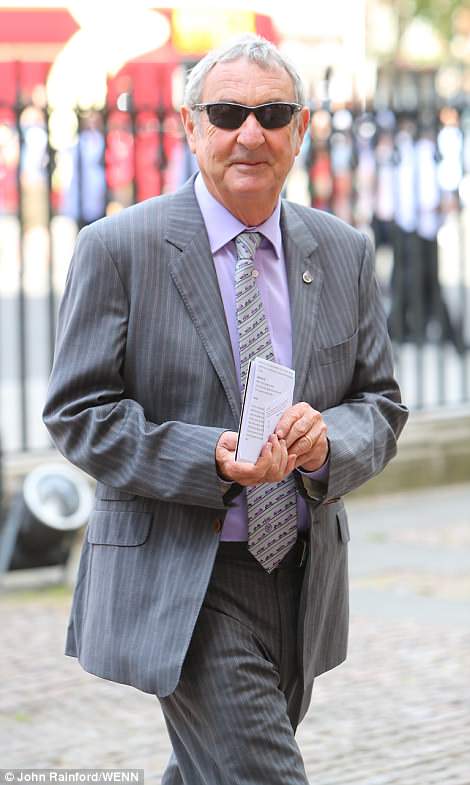 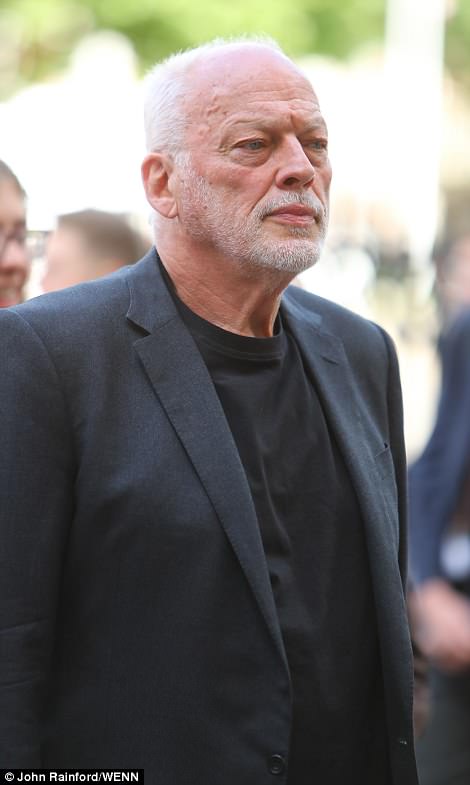 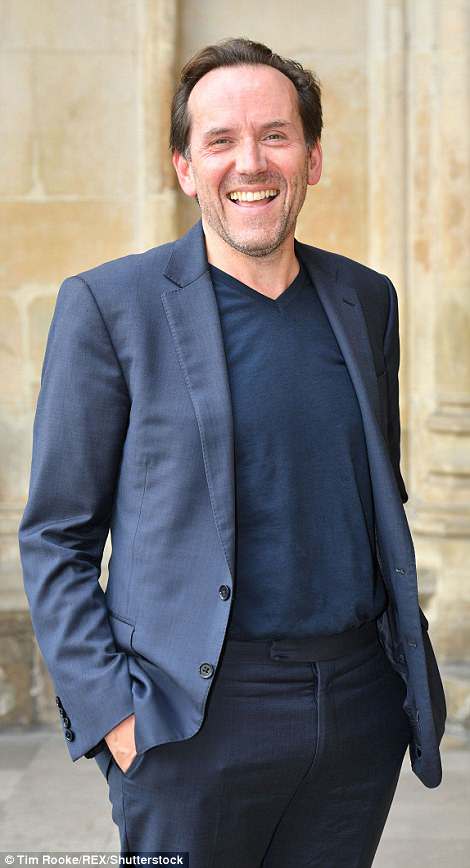 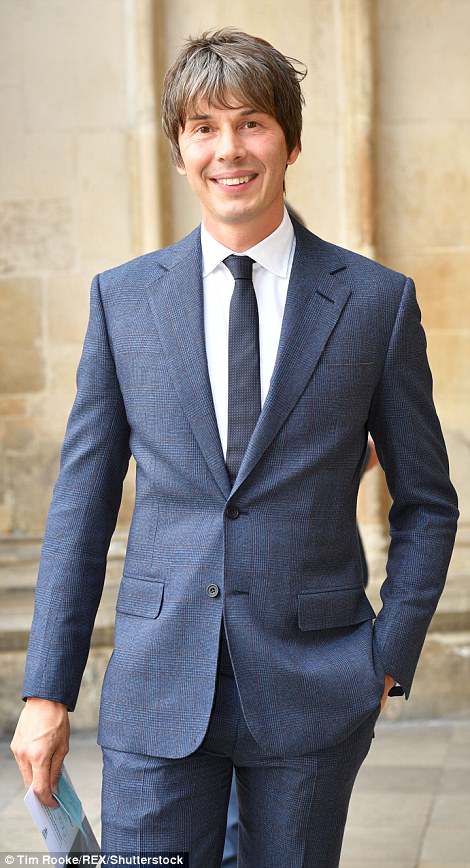 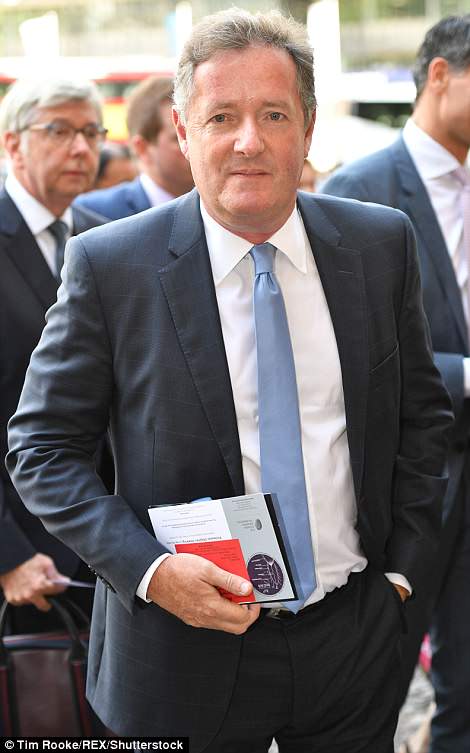 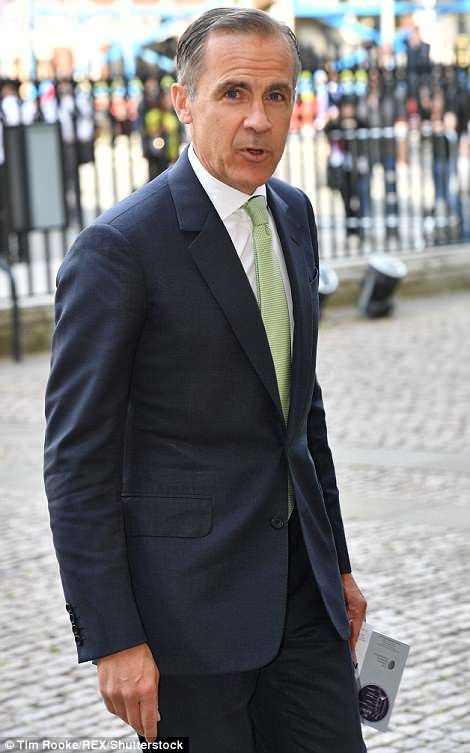 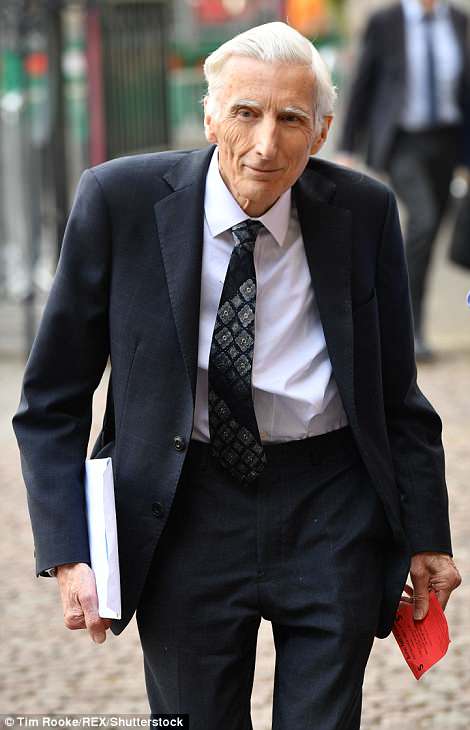 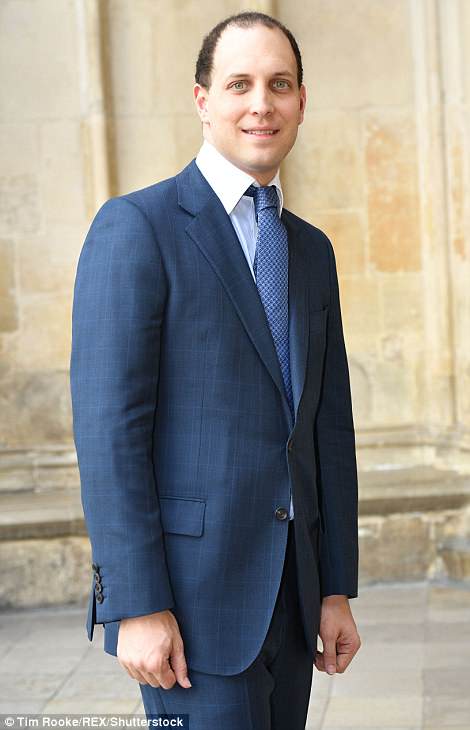 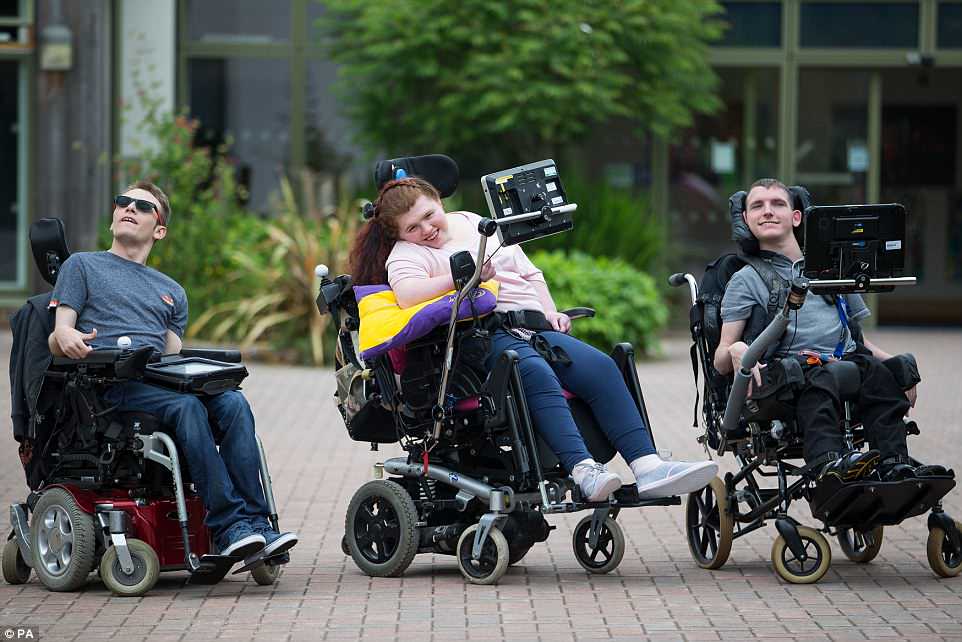 (From left) Jack Smith, 21, Rose Brown, 20, and Jason Felce, 20, all communicate electronically and are among the guests 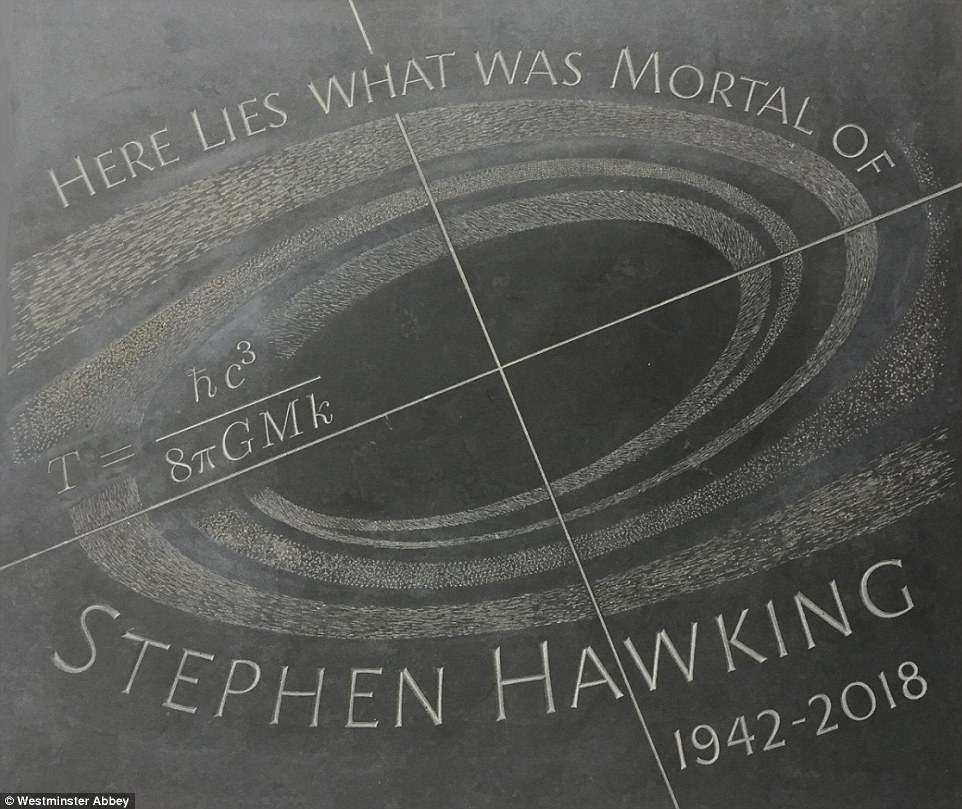 The memorial stone for Mr Hawking’s grave. Incised is his most famous equation describing the entropy of a black hole 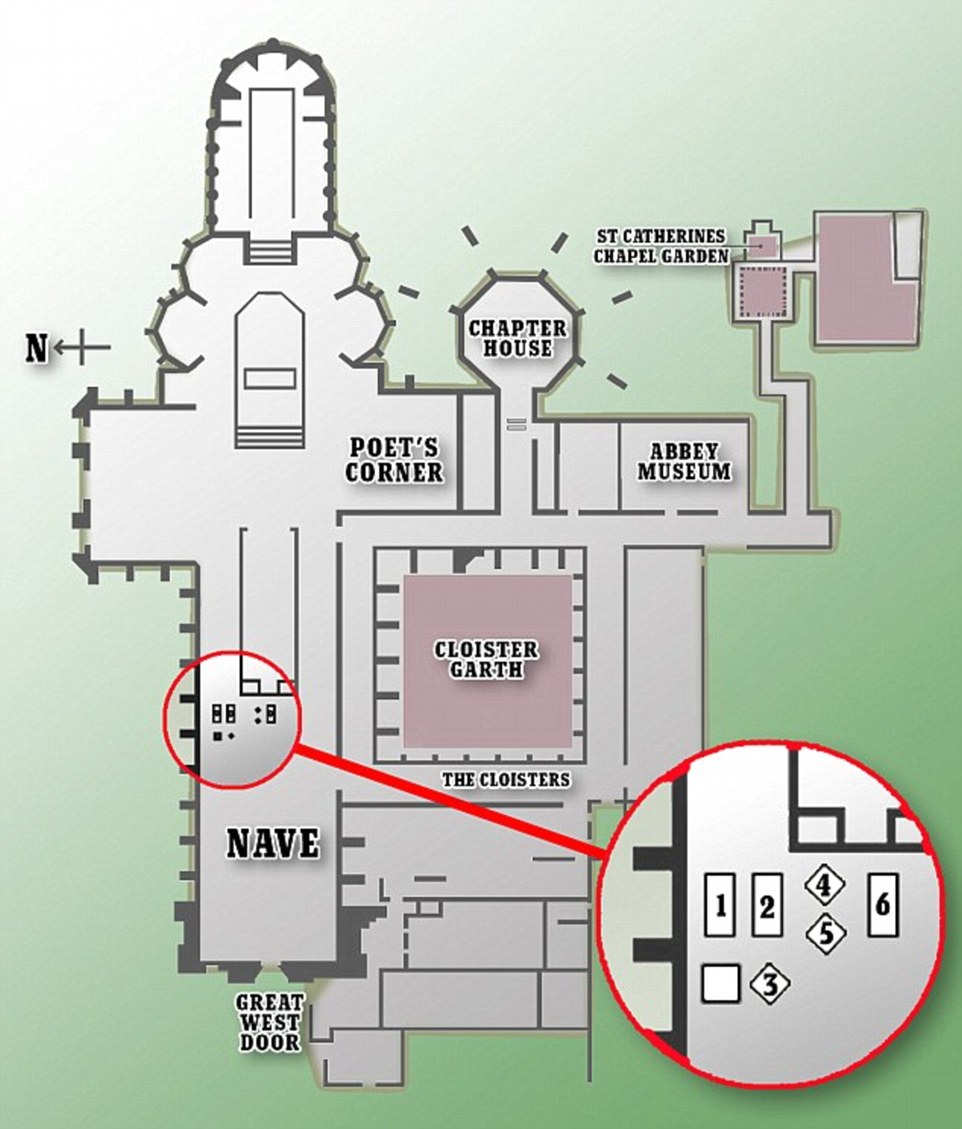 Mr Hawking will be buried near the memorials or graves of biologist Charles Darwin (1), the astronomers John and William Herschel (2 and 4), mathematician James Clark Maxwell (5), penicillin pioneer Howard Walter Florey (3) and genius physicist Michael Faraday (6). Sir Isaac Newton’s memorial is to the right of Faraday’s

Mr Hawking, who was diagnosed with motor neurone disease in his 20s, died aged 76 on March 14. A private funeral was held in Cambridge later that month.

The Dean of Westminster, the Very Reverend Dr John Hall, has said that the burial of the ashes will form a fundamental element of the service and will not be an afterthought.

Mr Hawking will be laid to rest between Newton, who formulated the law of universal gravitation and laid the foundations of modern mathematics, and Darwin, whose theory of evolution was a major scientific breakthrough.

Internment inside Westminster Abbey is rare. The most recent burials of scientists there were those of Ernest Rutherford, a pioneer of nuclear physics, in 1937, and of Joseph John Thomson, who discovered electrons, in 1940.